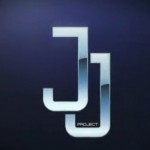 JYP Entertainment recently debuted their latest rookies, the JJ Project which consists of members JB and Jr.  If you don’t watch K-dramas, you might not know that JB and Jr. both starred in Dream High 2 as JB and Ui-bong. Even though Dream High 2 was considered a bust for many due to the low ratings, it still had people anticipating what these JYPE rookies had in store for us, myself included, when they actually debuted.

Usually when JYPE debuts an artist, the debut song works well to match the artist’s vibe, and usually it’s a great song. I liked the debut songs from all the artists under JYPE , e.g. the Wonder Girls, Joo, and 2PM, but to put things bluntly what the heck happened to the JJ Project?  Their debut song and MV for their debut single “Bounce” was one big mess to listen to and watch, check out why. 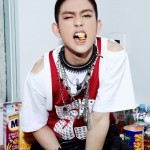 The backdrop of the MV is at a school also known as JJ High School, very creative… They transition from the classroom to outside, and it almost seems to be like an unofficial school tour. The gym and outside sets had great aesthetics, but unfortunately I did not like the way the scenes were shot. It’s understandable that there will be some bouncing because the song title is called “Bounce,” but it doesn’t mean that we need that much shakiness in the filming.  It doesn’t add any value to the music video, and instead just annoys the audience. As for the styling, Jr. won this one simply because of the cafeteria scenes. I could actually see myself  wearing some of his outfits, which is rare because typical K-pop clothes are so over the top and beyond what a normal guy can wear everyday. As for JB, his styling wasn’t bad; it’s just that I preferred Jr.’s style more. JB did rock the 80s style blond hair with pink highlights. That was pretty brave, but he pulls off the hairstyle really well.

This got a 3 out of 5 because even though the sets were cool, the filming style of the music video was headache inducing.

Performance and Dance: 4 out of 5

Performance wise these two definitely did try to work with what they got, especially Jr. It seemed that JR was more into this than JB, but Jr. has usually been more charismatic as seen in Dream High 2. JB’s performance in the music video was not bad, but it was not exceptional either–his Dream High 2 song performances had more spunk than this so it was a bit disappointing.

The choreography was cheesy especially the butt shaking and head bobbing, but there were some redeeming parts as well. The rock portion of the song had more of a freestyle kind of thing going on which was a breath of fresh air. Most K-pop choreographies are about synchronization, so it’s nice to see some freestyling going on.  My favorite part was the ending dance because it was kind of cute, and the choreography utilized each member as a part of the dance, i.e. JB rolling over Jr.

This got a 4 out of 5 because the performance and choreography just wasn’t “WOW” enough to be over the top, but they performed and executed it well.

Intellectual and Emotional Factor: 1.5 out of 5

This music video got a 1.5 out of 5 because  “Bounce” is neither inspiring or emotional. “Bounce” is not supposed to be an intellectual song by any means, but it doesn’t evoke any emotions either. It’s a song about going all out and dancing, but that’s all the song has going for it. There’s nothing to be sad, or happy about–or anything in between the two.

In conclusion, I hope that JYPE gives these two better songs to work with.  I believe that JB and Jr. can do better, and they deserve better than “Bounce.”  What do you guys think? Hate it or love it?