If the Shoe Fits Go All In 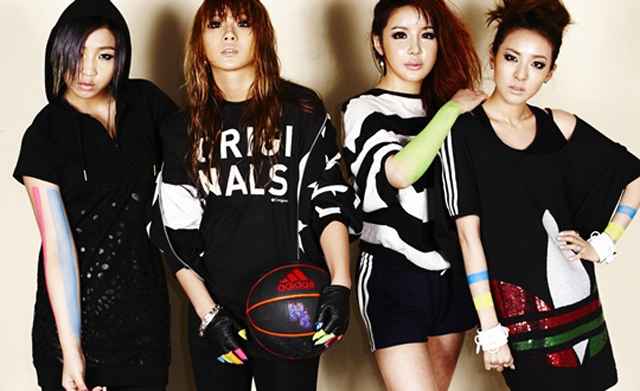 With the launch of the adidas Originals “Do It In Style” Women’s 2012 Spring/Summer Collection, representatives commented on their choice to work once more with YG’s 2NE1 by stating, “We chose 2NE1, who is Asia’s fashion icon, expecting that with the members’ unique styles and confidence, many women will also follow along.” Whether one is in favor or not, one can’t turn a blind eye to this female K-pop group, their empowering originality and distinctive fashion style which has gained the respect of American fashion designer Jeremy Scott. Resembling the muse/designer relationship between Hubert de Givenchy and Audrey Hepburn, their rapport under adidas is a singular and influential fusion of Western and Eastern fashion showcasing that when you put your all into what you do you gain recognition and the rest just falls into place.

In 2011, adidas embarked on global brand campaign “all adidas” whose objective was to draw together adidas Sports Performance, adidas Originals and adidas Sport Style sub-brands in order to showcase its diversity and presence within sports, different cultures and lifestyles through a fusion of sports, music and fashion. Along with athletes like David Beckham and Derrick Rose as well as American pop icon Katy Perry and Chinese actress Lin BingBing, 2NE1 was also included as a brand ambassador demonstrating that,“when you love your game, whatever the game, you put your all into it.”

Within that year, they were also included in adidas’ “We Are Originals” campaign, “Rule The Winter” and “Respect The Classics” as well as “2NE1 x adidas Originals by Originals Jeremy Scott” in which he designed a signature JS Collage Wing Sneaker for the group who had been wearing the style since their debut with “Fire (street version)” in 2009.  Their relationship with the global fashion designer, which seems to have begun back in 2010, brought around a slew of fashion pictorials in Nylon, Bling, High Cut and 1st Look featuring 2NE1 in Jeremy Scott x adidas Originals by Originals ‘Billion Dollar Baby’ Collection as well as adidas Originals. 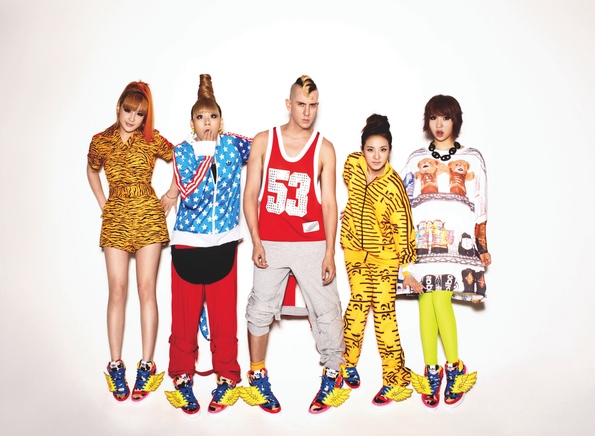 2NE1 hasn’t been and won’t be the only K-pop group with endorsements from international brands that use their image and popularity to attract consumers giving rise to questions like: So what? It’s just another marketing strategy, right? Of course, this is true and there is no naïve K-pop idealism in this article but, like with investments, an endorsement isn’t simply contracted to any public, celebrity or sports figure. Adidas can’t rely solely on their own credibility as the second largest sportswear manufacturer in the world. In order for their statement with “all adidas” to be authentic those that don adidas must be individuals who showcase that genuine passion for what they do be it on a football field, the catwalk, onstage or any other lifestyle.  It’s all about brand loyalty–gaining and building trust with the consumer. 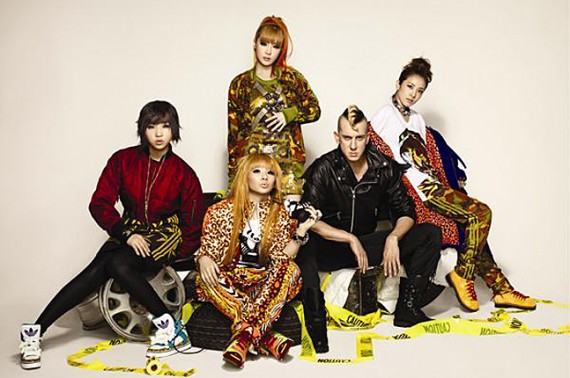 As a fashion icon, 2NE1’s style is unique, confident, edgy, sexy and playful. Whether dressed down or dressed up, they exude these attributes through their choice of clothing and different personalities within the group. Whether rocking a Tape Measure Mens tracksuit in JS Collage Wings pictorial or Louboutin heels on 2NE1TV, collectively, their wardrobe’s spectrum is multihued, diverse and all their own. Their relationship with Jeremy Scott is not only a collaboration under adidas fusing Eastern and Western fashion but a friendship based on respect and appreciation for each other’s talents and style. Also, as a K-pop group who won the voting competition MTV Iggy ‘Best New Band’ in 2011, the level of international presence can be discussed but is beyond disputed.

As brand ambassador focusing in South Korea and Asia, their pictorials mainly run in Korean magazines, yet this female K-pop group’s “unique styles and confidence” has earned them an endorsement with an international sportswear manufacturer and has been the foundation for their friendship with an American Global fashion designer. Some may agree with adidas’ expectations for 2NE1 and some may not. Yet, this is not a about a K-pop group’s fashion forward style becoming mainstream on a global scale. It’s about being creative, unique and authentic. Mainstream, by definition, has little to do with being original.