Becoming The Voice in Idoldom

There are many variables present in the construction of a K-pop group, like the number of members in a group and their overall concept, among others. But there are designated roles that must be filled in order to have a complete K-pop idol group. These include dancers, rappers, visuals (at least they’re open about it, right?) and, of course, the vocalists.

As with the other categories (excepting, perhaps, the visual), the vocal category is split into two sections: main and lead. The difference between a main singer and lead singer are not explicitly defined, the basic criteria is range–the vocalist with the greater range is made the main vocalist. Or, to put it bluntly: the lead vocal receives many lines and is featured heavily in the vocals of a song; the main vocal, on the other hand, in addition to the usual lines may also be assigned most (if not all) ad-libs and The High Note™ (the issue of high notes themselves is a contentious one, one which would be better explored in another article). The main vocal (ironcally) leads their group aurally in songs, and would be the person who is heard the most and is featured most prominently in a group’s song: they are, essentially, the voice of the group.

The difference between a lead and main vocalist has been explained above, but what exactly are the requirements to becoming a main vocal? While the most obvious would be singing ability, there are also other factors that weigh in on this decision. 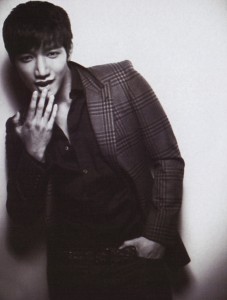 But firstly, vocal talent: for many groups, the main singer is more often than not going to the best singer of the group, the one who is best equipped to perform the vocal gymnastics required. For example, Luna is by far the best singer in f(x). SM can make the others out to be singers as much as they want (or as little as they want, in Amber’s case), but that Luna easily surpasses them cannot be argued and she gains the role of main vocalist pretty much by default. Even in groups with more than one member who can properly carry a tune, the differences in quality can single out the person for the main vocalist role: a rather extreme example in this case would be Sistar‘s Hyorin and Soyu. Soyu’s vocals are far from weak, but Hyorin blows most idol singers out of the water in terms of vocal talent. Another case would be 2PM, where out of the vocal line of Jun-su, Woo-young and Jun-ho, Jun-su is recognised as the main vocal, with the remaining two taking up lead vocal duties.

But what happens when you have two (or more) vocalists who are more or less on par? When they both have great range and musicality, and can perform ad-libs and hit high notes flawlessly–who is the main vocal then? 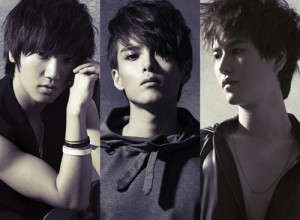 Group strength plays a large part in this equation: basically, the larger the group, the more main vocals you can have. Looking at two of the largest groups in K-pop right now, SNSD and Super Junior, both have 2 and 3 main vocalists respectively. Taeyeon and Jessica are given a large amount of the adlibs in SNSD’s songs, and it is no secret that Kyuhyun, Ryeowook and Yesung are the ones holding Super Junior together vocally (with help from main vocalists Sungmin and Donghae). But even with multiple main vocals, hierarchies are still apparent: Taeyeon is regarded as the best singer in SNSD and receives the plum high notes in title tracks, while Kyuhyun is seen to be more favoured among fans, though the other two main vocals also manage well with line and ad-lib distribution. Smaller groups, though, are a different matter, especially with the case of the five member idol group. Take SHINee, which has two talented vocalists in Jonghyun and Onew. Both are equally talented, and yet Jonghyun is recognised as the main vocal and as the voice of the group. It’s a similar story in Sunny Hill—Kota has a great range, but Jubi is the one who sings the chorus, as well as the high notes. Onew has a deep, rich voice, but Jonghyun is also more outgoing and more attention-grabbing.  In a fast-paced entertainment industry, he manages to keep the attention of fans, either with his solo ventures or online social activity. Jonghyun is one of the more popular members and the one people want to hear–and is hence given the opportunity to feature more in songs. Jonghyun also has a higher-pitched voice, which is seen to be the more preferred sound in K-pop. This is also the case with Jubi, who possesses a clear voice when reaching higher octaves, in contrast to Kota’s huskier tone.

So, other than vocal ability, factors such as popularity and conformity with the trend in the ‘sound’ people wish to hear in K-pop also affects the selection of a main vocalist. But whomever they may be, they become the identifiable factor in a group’s songs; their voice becomes the most recognisable, to the point where listener’s can easily identify the band singing a song just from hearing the main vocalist, even if they know nothing of the song itself.  As for me personally, I can always pick out T-ara’s So-yeon. Creating such a fixed identity is the ultimate duty of the main vocal, as well as being the figurehead for their group’s vocal prowess.