SPICA Hands Us the Painkillers 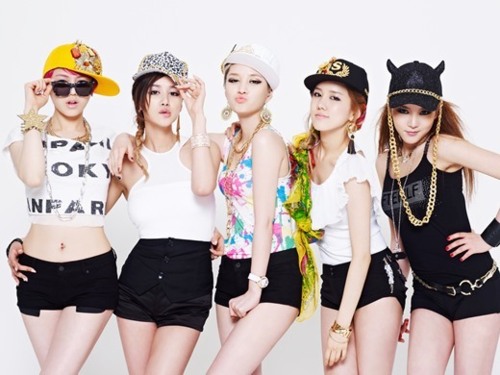 It has been a while since we’ve seen SPICA–they last graced the music stage with their debut album and promotional single “Russian Roulette” and wowed fans with their strength of vocal ability and powerful choreography. They’re back this time with their second minialbum Painkiller, with a matching promotional single to keep you hooked. This time around, we aren’t spared from the intense vocal presence that is “Painkiller” and the haunting and sensual choreography in the MV that has left me captivated with SPICA from start to finish.

Firstly, I’d like to just go ahead and say SPICA as a whole is not a group of visual bombshells. The members are a littler older for a rookie group, and overall they’re not stellar in the looks department. However, SPICA has more charisma, energy, and skill than most of their pretty pop group counterparts, and those talents alone have a commanding essence about them that keeps your eyes fixed. Not to mention SPICA’s vocal arrangement is just so on point, especially for the dark and evocative song that “Painkiller” truly is. So sure, maybe they’re not prettiest dames and sure, maybe that’s not ‘normal’ for K-pop, but hell, are these ladies talented. You will not be disappointed with these ladies. 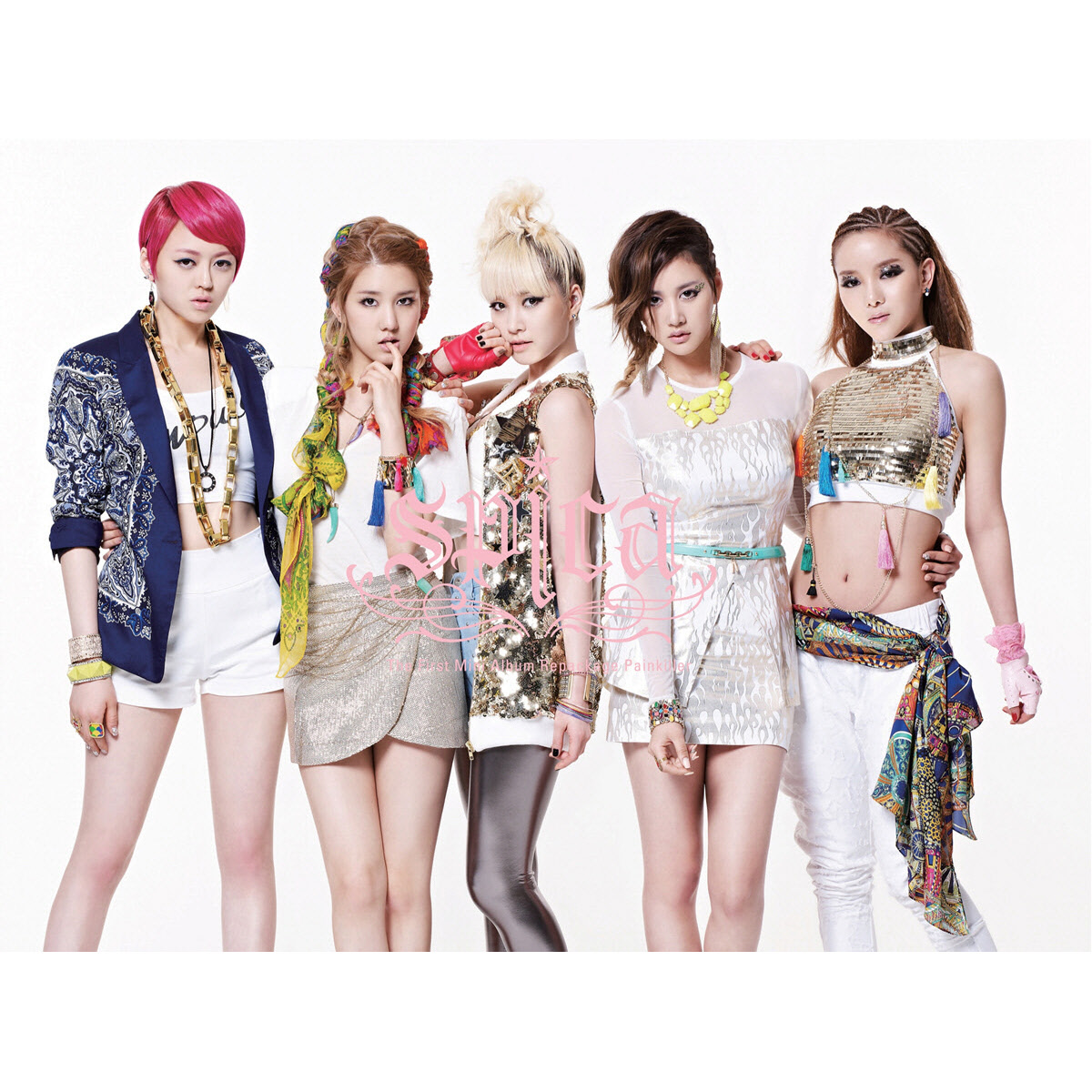 Okay, I know I’ve hyped this up pretty bad, and you’re probably wondering why there is such a low score for this category. Well, throughout the MV, all I could see was 2NE1‘s “Ugly,” Block B‘s “NanlinA,” and DBSK’s “Wrong Number” going on aesthetically. From the spray paint to the wire fences to the surveillance cameras, all I could see was something from a music video I had already seen, and that’s hardly ever a good thing. This song had so much potential to be some kind of eery drama or dark tragedy, but instead B2M entertainment kept things….dare I say, light hearted? For such a lyrically heavy piece, SPICA had the opportunity to do something really powerful; instead, B2M trolled us all and gave us a mashup of scenes we’ve already seen one too many times before.

Also, SPICA’s outfits were all wrong–wrong for the song, wrong the themes in the song, wrong for SPICA’s image, wrong for SPICA’s older appeal. I mean, I know the girls aren’t the youngest, perkiest things there are, but giving them 90’s cornrows hairstyles, vertical up-do’s, and glaring mid-driffs is only a disservice to the raw edge of the members actually do have. I will say Boa looked fabulous in her short, pink hair and Joohyun was rocking that new mini-dress and neon accessories, but other than that, I couldn’t tell you what kind of acid the stylists were on when they dressed Narae, Jiwon, and Bohyung.

The scenes I loved in particular were the choreo shots in the dark–here we can see the drama and precision in the choreography as they animate the emotion behind the song. It’s shame how much choreography we don’t see, because from the looks of it, the choreography is shaping up to be pretty damn good.

Overall, the cinematography was nothing special, nor was it anything original. The concept and theme of MV didn’t exactly match up to the song itself, and that was a little disappointing. I love SPICA; the MV, not so much. 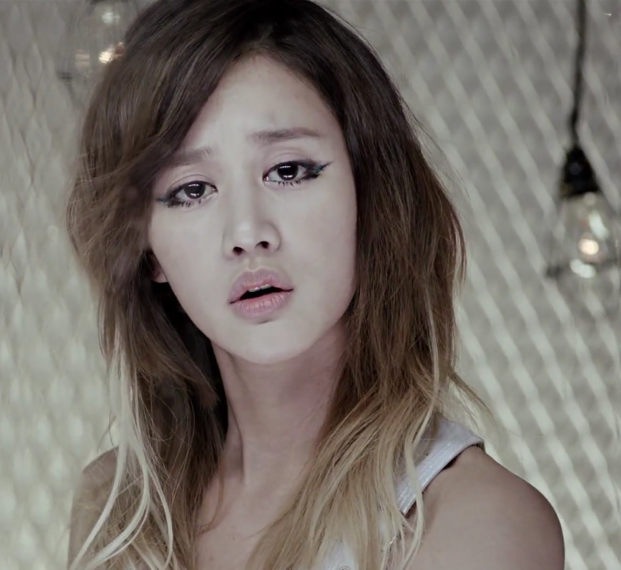 Despite the horrible outfits and crap set SPICA was given to perform this MV in, the girls still rocked the hell out of this production. The vocal performance from each of the members was full of attitude and drama and charisma, which made for tangible emotion and powerful lyrical emphasis throughout the entire MV. Boa in particular deserves honorable mention; she did an especially phenomenal job leading the vocals with her amazing delivery, and I have got to say its been a long time since I heard a girl like her sing with so much spunk.

All the girls killed the choreography: the sensuality and the edge were there when they were needed, at exactly the right times. Honestly, the choreography was really the only reason I watched MV the whole way through because it really flows well with the beat of the song and adds this intensity to the lyrics that somehow makes this visually-haywire MV actually kind of captivating. Everyone brings their A-game in the delivery, and this perfect score is well deserved. 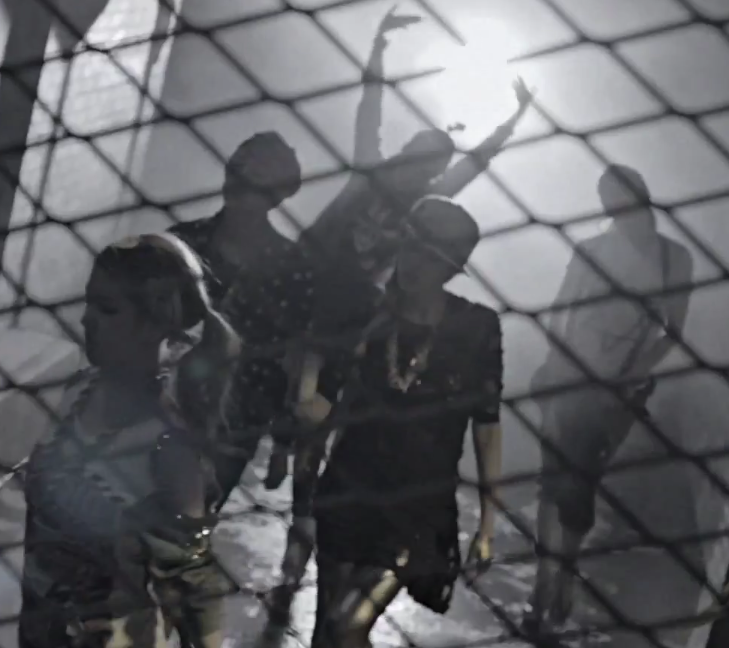 So for all I’ve said about how much the aesthetic of this MV is totally off, SPICA’s delivery does in fact effectively accomplish this dark, haunting, almost scary type of appeal that I can’t say I’ve seen with anyone else except maybe BEG. Though certainly not on the same level as BEG, SPICA does well to convey this vixen-like image that really almost unique and daring of them, and I can really appreciate in the grand scheme of K-pop. As a whole, SPICA’s performance in the MV really is above par, and their delivery makes up for their lame aesthetic approach. And that only makes me think, should all the right elements fall into place, how awesome would they really be?

Be sure to check out their second mini album of the same name, and follow SPICA as they continue to make a name for themselves on the K-pop scene!