Rookies to Look Out For: SPICA 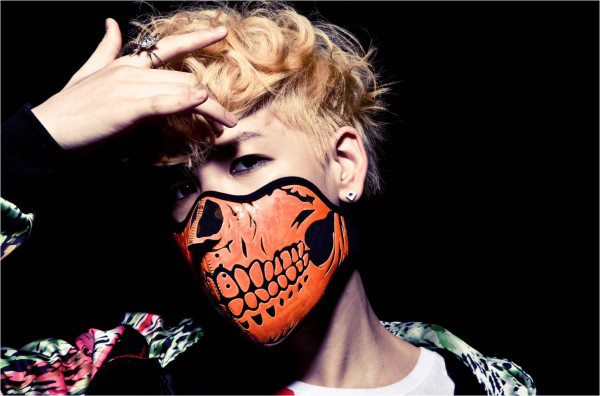 It seems like the moment the new year kicked off in January, rookie groups galore abounded the K-pop scene with their perfectly synchronized dance moves, colorful concepts, and flaming charisma. With so many new rookie idols on the scene, including FIX, CHAOS, EXID, and B.A.P, it seems like there was something for everybody to love. For someone like myself, however, I have always preferred my regular roster of favorites, so when it came time to sifting through the new shipment of rookies, I was a bit prude. With my nose in the air, I hastily skimmed through music videos and interviews and debut stages to be able to at least say, “Yeah, I saw them,” and “Don’t care too much for them.” But even try as I might have to remain true to my rigid tastes, one rookie group managed to win me over: SPICA.

On February 2nd, SPICA’s debut mini-album Russian Roulette dropped, coupled with a music video and lead promotional single of the same title. Amidst all the thin, muscular, and even bleach-blonde young men that were busy vying for my attention (Zelo being my particular favorite of the young ‘ins), SPICA rose from the floods of new talent and held their own. Both the “Russian Roulette” single and Russian Roulette album were strong rookie contenders, as they carried unique sound for a girl group and an appreciable array of talented vocals that credited the ladies with some serious skills. They were quick to wow me with their vocals and stage presence, and ascended the list of Nabeela’s favorite idol groups, under the subsection ‘mad skillz.’

Shortly after the release of the Russian Roulette package, SPICA didn’t wait to crank out their repackaged mini-album Painkiller. Setting the precedent of the repackage was SPICA’s “Painkiller” song, their haunting, hard-hitting latest pop-ballad single. So far, “Painkiller” has been my favorite SPICA production; the girls didn’t hold back on their vocal delivery as well as the choreography–Boa especially has me lovestruck with that powerful voice of hers carrying the song.

I guess you could say that SPICA’s dynamic was what really clicked with me–the image of young women with attitude at the arsenal, versus young women with aegyo on cue, that are actually vocally talented performing cohesively just seemed like some sort of rarity in the world of K-pop I had insofar been living in. SPICA performs with a lively and fierce spirit about them, from sensual choreography to heart-pounding high notes, they sometimes seems like a package deal that simply is drowned out in the rest of the rookie limelight.

So as the tidal waves of debuts and new releases settles for now, be sure to keep your ears perked for SPICA. Though not your average commercial girl group and perhaps considerably more mature in both sound and image, SPICA is a talent that needs to be seen and heard. Perhaps they haven’t hit the big time just yet, and yes, they are still rookies, but if you’re looking for new music that has both exciting flavor, mature sound, and visuals complete with precise choreography, then SPICA is the group for you.