From K-dramas to K-pop and Vice Versa 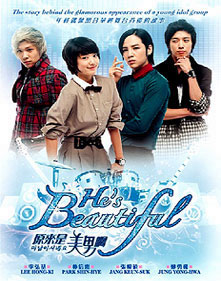 It’s not unusual to see popular K-pop idols starring in dramas broadcast on major television networks in South Korea nowadays. In fact, it seems almost like a requirement: if the idol is halfway decent at acting, they should take on a drama role varying in importance (depending on how many strings the company that they’re signed to can pull and/or how many acting classes/sessions they’ve taken over the years of idol-dom). Many idols choose to enroll in acting classes at a university if they don’t have an acting coach back at the company and take on drama projects when their group isn’t promoting a new song. It’s a good way for them to gain popularity and bring more attention to the group as a whole. For the producers of the drama, casting a K-pop idol may raise ratings because fans of the idol may tune in to watch the show, sometimes completely disregarding the quality of the drama itself. It’s a win-win situation.

In fact, many fans of certain K-dramas become fans of K-pop because their favorite actor in a drama is actually first and foremost, an idol. The same thing goes for K-pop fans who become K-drama fans because they watched a drama starring their favorite idol. For example, F.T. Island‘s popularity shot up as a band in late 2009 and early 2010 after Lee Hong-ki took a role as the blond-haired drummer for A.N.Jell with a big heart in You’re Beautiful, a rom-com starring Jang Geun-suk and Park Shin-hye. You’re Beautiful also helped C.N. Blue establish their place on the K-pop scene almost immediately after their debut in January 2010 as well, thanks to Jung Yong-hwa‘s performance in the drama as the sweet, sensitive second lead. My personal conversion to K-pop came halfway through my three-day marathon of all twenty-five episodes of Boys Over Flowers, when the drama showed a clubbing scene featuring SS501 in the background, singing “UR Man.” It was then that I found out that Kim Hyun-joong also happened to be the leader of a popular K-pop boy band… and I guess you can say that I’ve never looked back since. 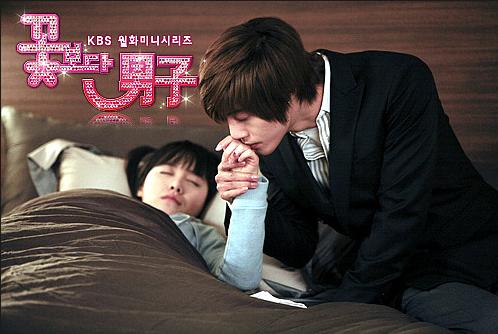 There are also idols who take roles in dramas not because they need more popularity, but just to explore other career options. No one can be an idol forever, so it’s a smart choice to expand one’s idol career to include acting or emceeing. T.O.P. began his career as an actor by taking on the part of Chae Mu-sin in I Am Sam, a drama that aired in 2007. He also played the role of Vick in IRIS, the action-packed drama that gripped viewers all across the world after it aired in late 2009. 71: Into the Fire, a Korean war movie that was released in 2010, was another acting project that T.O.P. took on. His portrayal of Oh Jang-bum earned him praises from film critics, breaking the idol-turned-bad-actor stereotype. 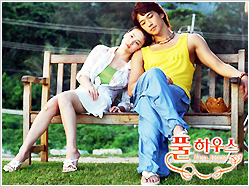 Although T.O.P. still focuses mostly on the music aspect of his career, older idols such as Rain (Bi) have been focusing their efforts evenly on both acting and music. Rain began his acting career in 2003, taking on the character of Cha Sang-doo in Sang Doo! Let’s Go to School. A year later, his popularity as an actor grew even more when he starred in Full House with actress Song Hye-kyo. Even today, Full House is considered a K-drama classic. Rain’s versatility as an entertainer has allowed him to explore a plethora of options for his career even reaching to Hollywood, thus attracting fans through a variety of methods and ultimately increasing his fanbase.

There are also many K-pop fans who became fans of K-dramas because of a favorite idol actor or actress. Dream High, the trendy teen music drama that aired last year, is a good example of this. With the exception of Kim Soo-hyun, the six main characters in the drama were played by established idols, including Suzy from Miss A, Taecyeon and Wooyoung from 2PM, Eunjung from T-ara, and IU. Although the cast for Dream High came under fire at first, it’s not hard to see that a lot of the drama’s popularity came from its star-studded cast. Many fans of Miss A, 2PM, T-ara, and IU tuned in weekly just to see their favorite idols. Although Dream High 2 didn’t enjoy the same popularity, there were many fans of Jinwoon from 2AM and Jiyeon from T-ara who ignored the overall quality of the drama and stuck with it loyally. 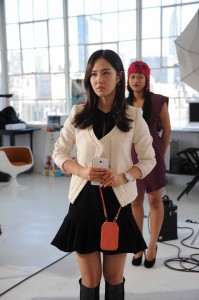 The K-drama world has seen an explosion in SNSD members-turned-actresses in the past few months. Jessica acted in Wild Romance earlier this year, and even though the drama itself didn’t receive very positive reviews, many fans of Jessica were excited to have her act on television. Currently, Yuri and Yoona are acting in Fashion King and Love Rain, respectively. While Fashion King seems to be a hot mess of a drama, Yuri’s acting has been relatively commendable overall. Yoona has received praise from the director of Love Rain for her focus and determination on set as well. Fans of SNSD are beside themselves with glee and with good reason — after Jessica’s disappointing performance in Wild Romance, many people were wary of other SNSD members-turned-actresses, but it seems like the lack of acting talent does not run in all nine members.

However, it’s somewhat on the harder side to find a good drama starring idol actors or actresses. Both Changmin and Yunho had disappointing acting debuts in their dramas Paradise Ranch and Heading to the Ground. Even though I’m not a fan of Yoochun, I have to admit that he did a great job as Lee Sun-joon in Sungkyunkwan Scandal. He truly does have a future as an actor, as seen by the booming popularity of his current drama, Rooftop Prince. Jaejoong‘s performance in Protect the Boss was impressive as well.

Having idol actors and actresses in dramas can add a ratings buffer for most dramas, and viewers of the drama are more likely to forgive their biases for bad acting. Jessica, Yunho, and Changmin still have hordes of fans, despite their acting projects flopping miserably. Meshing the worlds of K-pop and K-dramas together doesn’t really hold much risk for idols or drama producers, as the two are already tied closely together.

I became a fan of K-pop after I discovered K-dramas, but what about you? Did you fall in love with K-pop after seeing a particularly good K-drama or did you join the K-drama fandom after watching your favorite idols act in certain dramas?