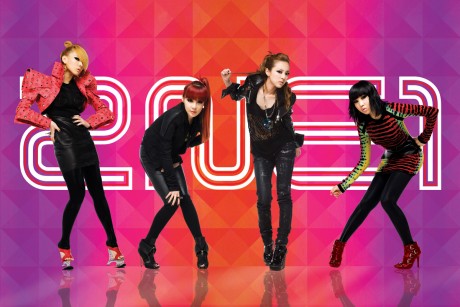 A little over two years ago, in the fall of 2010, 2NE1, dropped their first full length album To Anyone. Promoting three title tracks, “Can’t Nobody,” “Clap Your Hands,” and “Go Away,” 2NE1 hit the ground of the mainstream K-pop scene running and immediately took off. During this busy promotional period, prompted by the english version of “Can’t Nobody,” hearsay and rumor began to talk of an American album or Stateside debut for 2NE1 after their promotional period for To Anyone in Korea.

Confusion struck most fans; no concrete details had been revealed. And when Black Eyed Peas rapper and independent producer will.i.am‘s name was thrown into the mix, fans and onlookers alike had no idea what YG had in store for 2NE1. Which perhaps made it all the more fitting that some of the first substantial evidence of the 2NE1-will.i.am project appeared on 2NE1 TV, the seasonal series that documents the lives of the members of 2NE1 during their comebacks and activities. 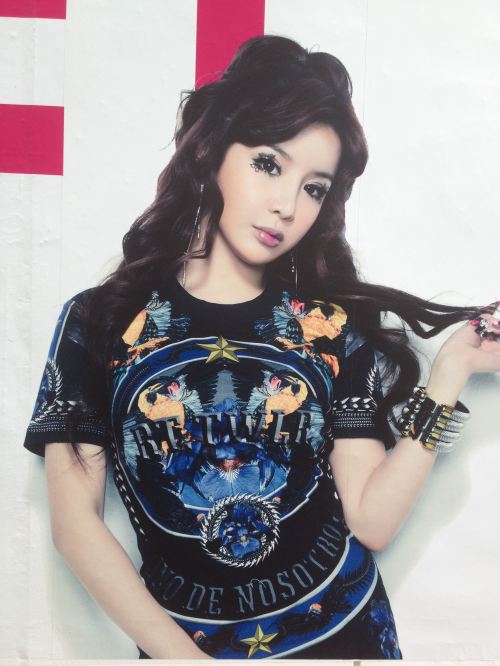 As weeks solidified into months, and months counted their way up to years, fans began to lose their patience with the idea of an American debut. Many forgot the notion entirely, dismissing the fact that 2NE1 had in fact physically worked with will.i.am in studio. After all, what was there to show for it besides the clips on 2NE1 TV?

But even as our skepticism over the idea grew, the 2NE1-will.i.am partnership still reared its head from time to time, a blatant fact that managed to keep us ever-curious about what YG had up his sleeve. With will.i.am himself making appearances in Korea more and more frequently, affairs clearly were no longer a matter of “if” as much as they were a matter of “when.”

We all eventually came to a point in our lives where we understood that something was going on: Perhaps not something that could be planned for, but something certainly was underway in the music world that concerned the influence of will.i.am and the work of YG’s female quartet. As the years have gone by, more and more evidence of 2NE1 working and establishing a relationship with will.i.am has become increasingly evident. At the 2011 MAMA, CL was even featured in apl.de.ap and will.i.am’s performance of the BEP classic, “Where is the Love.”

It was, for all we know, with the MAMA events that the 2NE1 and will.i.am relationship was made well known to all–a coming out of sorts that proved any lingering doubts otherwise. But even so, instances such as these only further incited the question of “when;” when any material done in collaboration was going to drop, when could we all stop walking around on egg shells about the idea and know exactly what on earth is going on.

And just when we thought we could wait no longer, 2NE1 and will.i.am catch us when we’re not looking. After almost two years of working primarily under wraps, 2NE1 is finally ready to give proof of their musical venture with will.i.am with their look into their song “Take the World On.” 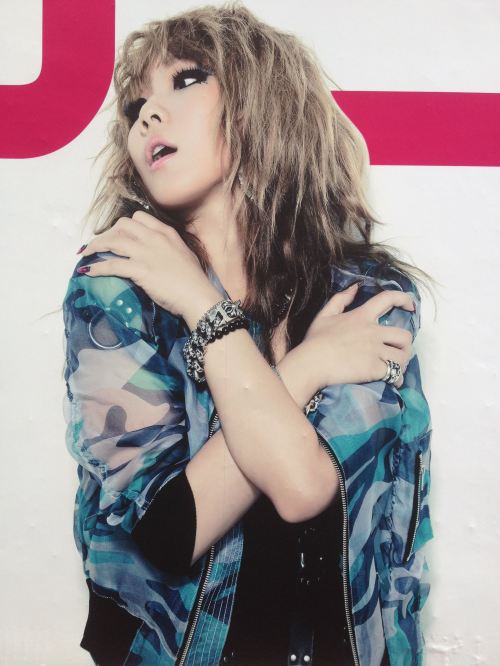 For me, I couldn’t have asked for a better American producer for 2NE1. A lot of will.i.am’s material is based in the same synthetic, club genre of music we readily know  in 2NE1’s music. 2NE1’s iconic sound, padded with heavy bass and endless synths, is perhaps what has allowed will.i.am, a man of the same musical archetype and interests, to take a vested interest in producing 2NE1 outside of Korea, as their musical styles are somewhat similar.

Considering the time it has taken to a get even a fragment of a teaser for an English track, I cannot help but exclaim my own impatience. As a regular, often passionate fan of 2NE1, all this time I was seriously asking myself if 2NE1 was ever going to put something out under will.i.am or if they were simply just trolling me. Because after all, YG does have a way of trolling.

But after reading through some of 2NE1’s own comments on the matter, I must say I don’t blame them for taking their time. When asked about working will.i.am for an American debut in an interview with L’Officiel Homme Korea, 2NE1 came clean.

We didn’t make 10 songs to complete a 10 song album, but we made tons of songs…We are continuing to work hard on this album because we want to make it better, even if it’s just through little changes. Nothing is set in stone yet, and the results will be out when we feel it’s right.

Again, considering the time it has taken for a snippet of one song to come out, I still am a little surprised. However, by the looks of it, it seems as if YG, 2NE1, and will.i.am are working for content quality in a manner that suggests that this is not a labor of expediency but more of a labor of love. It is evident that content development, as well as the development of the relationship between will.i.am and 2NE1, has taken priority over the scheduling of an American debut to strengthen the caliber with which 2NE1 presents English material. Time is not necessarily of the essence for the purpose of creating music that is still iconic of 2NE1 but perhaps more geared towards the stylings of the American music industry and an American audience. And that is something I can both respect and appreciate, timing considered. 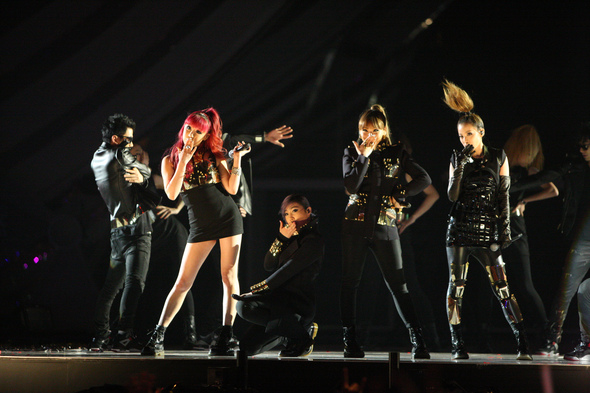 At this point, I am ready to anticipate anything, but hopefully 2NE1 and will.i.am are ready to submit something in full in the near future. “Take the World On” already sounds like another addictive 2NE1 track that inevitably is going to end up on repeat in my car and on my stereo. I guess all fans can do is keep waiting for the entire production to come forth. If all goes as seemingly planned, and if 2NE1 and will.i.am are honestly taking their time to produce the right music for 2NE1, it seems like it will be well worth wait. Until then, all we know is that 2NE1 has plans to take the world on, both in song and in presence.