Showing Some Love For B1A4's Sandeul

B1A4 seems to be the rookie favourite this month with a great comeback, along with hopes for an award. With industry big-shots like BIG BANG and MBLAQ promoting, along with SHINee and CNBlue making their comebacks, award possibilities look grim for the boys. Nevertheless, it doesn’t mean that they’re low on talent or potential — especially not when you meet B1A4’s main vocalist, Lee Junghwan, also known as Sandeul, dubbed our resident duck (or drake) for his uncanny and still adorable resemblance to the bird in question. 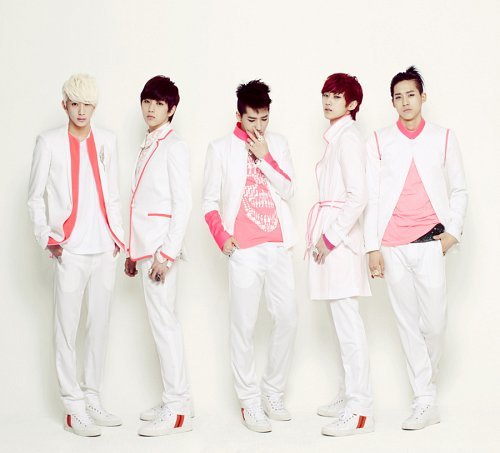 Now, before we dive into the world of Sandeul, let’s backtrack a little on B1A4. The group debuted just last year with an EP, Let’s Fly on the 21st of April, 2011 and made their first ever performance on the 23rd of April on Music Core. I know I’m going to come off sounding like a biased fan. I know that yes, I am, but still, my eyes were not deceiving me when I watched their debut performance. I saw five boys who wanted nothing more to be onstage, singing their song. I saw five boys who came from a no-name company, walk onstage like it was the most natural thing on earth, and pull off a great debut performance despite their hot pink ensemble. It wasn’t perfect, but it sure wasn’t bad. From then on, they’ve released a second EP, It B1A4 and throughout their promotional cycle, have cemented themselves as one of the stronger debuts of 2011. Now, this quintet is facing tough competition this round of promotions, but that doesn’t make them any less entertaining or loveable.

One of the five boys who constitute B1A4 is the main vocalist, Sandeul, out-singing his industry seniors without breaking a sweat. 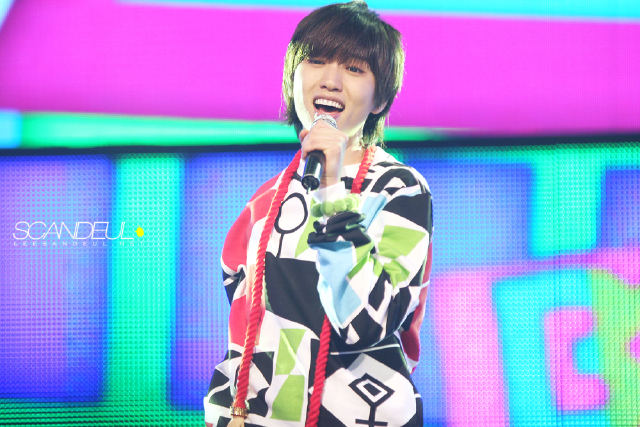 Now, Sandeul has many charm points, including his adorable smile, his derp-tastic personality, and his many expressions — but first and foremost, his voice. Now, there are plenty of well-distinguished idol-singers in the industry, such as SHINee’s Jonghyun and 2PM‘s Junsu among many others. Sandeul is one of those unexpected entrants who place — and with apparent ease — in the upper tiers of this imaginary ranking. It’s quite clear in B1A4’s debut track, “O.K.”, Sandeul is the one who carries the group vocally. While Jinyoung and CNU are indeed good singers, neither quite match up to Sandeul in terms of technique and strength. Jinyoung especially (along with Gongchan on a lower level) work to balance out the more raw tone of Sandeul and CNU’s voices. At the end of the day, the bulk of the work falls on Sandeul, who consistently performs well. One could say that his voice isn’t the most outstanding; I agree that he doesn’t have a very distinctive tone, at least, not one that a casual listener would be able to pick up on instantly. Even so, he certainly knows how to put that voice of his in effective use and his solo on B1A4’s first full-length studio album is an appropriate demonstration of that. But of course, the studio recording will never satisfy us; we are an audience who needs live performances to ascertain one’s talent.

As such, allow your eyes and ears to feast upon the single live performance of Sandeul’s solo “One Sided Love” which he performed for BANAs on his birthday fanmeet.

[youtube http://www.youtube.com/watch?v=XqOsa-ZXeLg]What people are really missing out, I believe, is the pre-debut Sandeul; the bespectacled but dedicated Lee Junghwan. It’s almost a ritualistic thing for K-Pop fans nowadays to rifle through every video and audio clip available and discover everything they possibly can about the person of interest. If anything, I’d say fans of Sandeul hit the jackpot.

Sandeul had been entering many singing contests prior to his debut and as a result, there are plenty of videos documenting his journey. One of the most memorable would be his televised performance in the 2010 Youth Music Festival. If anything, a live backing was icing on top of the already-delicious cake. Given that this performance took place only a year prior to his debut, one can gather that he was already training. Regardless, it’s safe to say that he was most definitely heading in the right direction.

[youtube http://www.youtube.com/watch?v=s2Zxb7uiHH8]More than anything else though, Sandeul, just like the rest of B1A4, is something of a rags to (almost) riches story. They left their homes to pursue their dreams. They debuted with next to nothing on their side and made something out of it. Now, their first anniversary is approaching and Sandeul has just turned twenty on the 20th of March. I figure that if anything, he deserves a little bit more love.