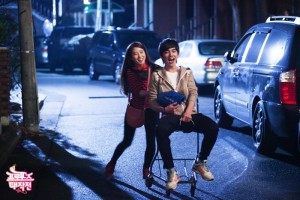 Every once in a while, I stumble across a K-drama that just sucks me in and deprives me of a life (and the motivation to do any work whatsoever) for a week or so and leaves me with a newly-found appreciation for whoever the lead actor was in the drama and a horrible case of post-K-drama depression. The drama itself may not even be good (ahem, Boys Over Flowers, I’m looking at you) but nevertheless, it causes me to spend a few days cooped up in my room away from humanity, spending quality time with my laptop… sometimes until 4 AM.  I’m pretty sure it’s unhealthy, but it’s just so dang hard to stop watching once you get hooked on a K-drama. If anyone wants to start a rehab group for this kind of behavior with me, let me know!

Anyways, the newest addition to my list of dramas I would label as “cracktastic” is Operation Proposal, a cute, fluffy rom-com chock full of frustrating moments starring Yoo Seung Ho, the bad boy-esque sweetheart from God of Study, and Park Eun Bin, a seasoned actress despite her age (her resume includes Queen Seon Duk and Empress Chun Chu). They are backed a solid cast featuring Lee Hyun Jin (You’ve Fallen For Me/Heartstrings) as the second male lead, Go Kyung Pyo, Park Young Seo (Queen Seo Duk), and Kim Ye Won (Flower Boy Ramyun Shop, Romance Town). It’s a pretty formulaic drama (I’ve already counted more than three piggyback rides, one hospital scene, and an airport scene), but it does boast some new elements I haven’t seen in K-drama world yet, which is what keeps me watching until dawn. 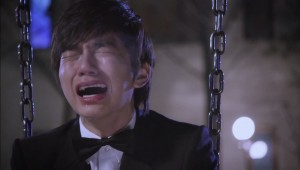 Operation Proposal is the Korean remake of the Japanese drama, Proposal Daisakusen, and basically chronicles the journey of a young man who travels back in time to win the love of his best friend, whom he has loved from afar for twenty years. The drama starts out with Kang Baek Ho (Yoo Seung Ho) realizing how stupid he had been about the feelings for his best friend, Yi Seul (Park Eun Bin), he had kept mum for so long after watching her marry his baseball coach/mentor Kwon Jin Won (Lee Hyun Jin). Like the manly man he is, Baek Ho takes to crying on a swingset in self-pity after reading an undelivered love letter from Yi Seul to himself. He chides himself for being so clueless (aw, it’s not your fault, you’re a guy) and begs for a do-over. Lucky for him, a mysterious man with a penchant for signed baseballs appears out of nowhere and offers him a do-over with Yi Seul, and that’s when the drama takes off.

Operation Proposal is filled to the brim with cute, funny moments, but it also has plenty of scenes where I just wanted to chuck something at my computer screen. I’m pretty sure that’s just my frustration at the apparently common inability of guys to pick up signals from the girls who like them acting up though. This drama is great because Yoo Seung Ho has the most exaggerated, hilarious expressions (check out that crying scene from above if you don’t believe me) and Park Eun Bin is just adorable. Together, they have decent chemistry (not the best I’ve ever seen, but believably good) that makes for some serious make-out sessions and electrifying moments. Fun fact: Did you guys know that Yoo Seung Ho is only nineteen? Dayum. Would never have guessed with those kisses. 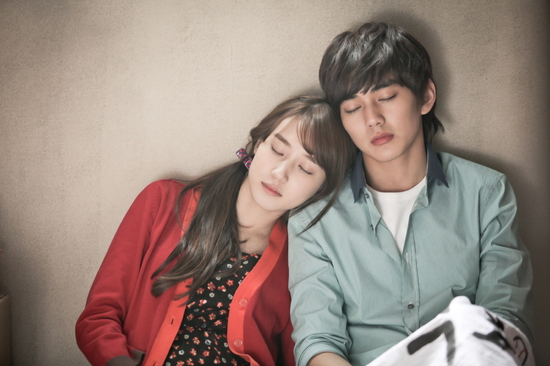 One thing I really enjoy about Operation Proposal is how the story is told by the male character. I haven’t seen very many rom coms like this and I think that Yoo Seung Ho is doing a great job portraying all of Baek Ho’s emotions onscreen. Even though his clueless actions and slowness do get to me sometimes, I like that the drama does a good job of moving along and showing the cruel realities of love, including bad timing. I don’t even want to count how many times I’ve hit my head against my desk watching this thing. But, although Baek Ho is on the slower side (like his friends), he is an endearing character. Operation Proposal doesn’t just focus on the loveline either–they do a great job of working Baek Ho and Yi Seul’s aspirations for life into the plot as well, making the plotline come together nicely in the end, if not a little slowly. Baek Ho is a character that you just can’t help but love, even with his missteps in love. His determination increases with each episode, so I’m eager to see the ending of this drama when he finally gets the girl (hopefully). Another plus is the school scenes are actually convincing–call me overly critical, but I scoff every time I see a drama that tries to stick a close-to-30-years-old actor in a high school uniform and sells him as a high school student. Luckily for me, Park Eun Bi and Yoo Seung Ho both do a great job of looking their parts–if anything, I’d complain that their “present time” selves look a bit too young. 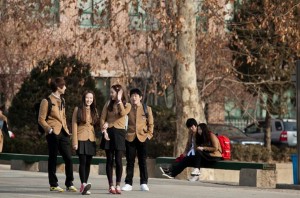 The rest of the characters in this drama don’t fall flat either. Sometimes a perfectly good drama can be ruined by the supporting cast, and at the same time, a bad drama can be salvaged just a teensy bit by some good secondary lovelines. I don’t think the main loveline in Operation Proposal is strong enough to stand on its own, because it’s a bit one-sided sometimes and can drag a little when Baek Ho is being clueless, so I was pretty relieved to find that the second lead, Kwon Jin Won, was a pretty strong character. Although he bugs me with his ability to say the perfect quote at the perfect time (and his not-quite-evil-but-still-annoying stealage of Yi Seul), I admit that his character stands out in the drama. I’m excited to see how “Coach” changes over the remaining episodes (prays for more character development). Baek Ho’s two friends, Song Chan Wook (Go Kyung Pyo) and Joo Tae Nam (Park Young Seo) get their own lovelines too. Tae Nam spends his time pursuing Yoo Chae Ri, Yi Seul’s close friend, with ridiculous amounts of devotion, while Chan Wook is adorably clueless of a shy girl’s feelings for him. I’m still waiting for him to realize and sweep her off her feet, ’cause they are the most precious couple ever.

However, one thing about this drama that does bug me is how the writers seem to assume that the audience is completely stupid at points. Lines are repeated over and over again and the plot moves at such a slow pace that I’ve actually pulled up recaps for episodes before quickly closing them and telling myself to just stick it out. I get that Baek Ho’s revelation and adventures back in time are supposed to carry us out for sixteen whole episodes, but pretty please can more stuff start happening at a faster pace?

Regardless of the faults present in Operation Proposal, I would definitely recommend it to K-drama lovers, especially those who enjoy mind-numbing cuteness… except this drama takes that and puts a creative spin on it, slaps a solid plotline in there somewhere, and tops it off with a visually appealing cast.

If you start this drama though, be prepared for lots of “Did that really just happen?!” moments, considerable sleep deprivation, and a burning wish for your own “time conductor.” Don’t say that I didn’t warn you!