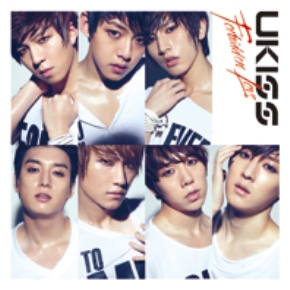 I came home on a cold Valentine’s Day, single and tired. As couples around me celebrated their love through mass consumerism, I was on the Internet perusing through various K-pop sites when I came upon the news that U-KISS released their music video for “Forbidden Love.” Of course, I sat in front of the computer with a giant grin plastered on my face, shamelessly fangirling inside. To add to my excitement, the U-KISS boys released another music video for a different song, “Shared Dream” which was released the next day.

After the additions of Hoon and AJ, NH Media revamped U-KISS and their image. Currently, they are in Japan with the rest of the Korean pop industry, trying to make it in the second largest music industry in the world.  They released “Tick Tack” mid-December and I loved it. I’m glad that they opted not to remake a Korean single and instead brought out three original songs, “Tick Tack” and now “Forbidden Love” and “Shared Dream.”

“Forbidden Love” was released on Valentine’s Day, earlier than their slated February 29th release.  The song is — you guessed it — about forbidden love! I really want to hug whoever the stylists are because AJ looks fabulous with that hair and Dongho does not have a bowl cut. Even though I’m only two months older than him, he was starting make me feel like an old ajhumma with that haircut. 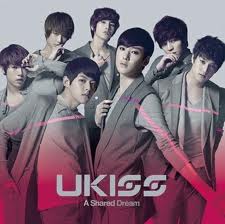 The music video was simple and straight forward, but was fairly lackluster. It was just your generic K-pop music video with your two dance sets, the room-where-members-lounge-sexily, and solo shots of members touching their faces and reaching out to the camera dramatically. For all you Kiseop lovers: there he is, angsting on the bed for all of you to fangirl over.  The first set they danced on was a white room with a dagger structure behind them, both the walls and this formation was white and I found that there was too much of it.  I liked that the boys had red and black to contrast the background but I wish that the prop behind them had more of a contrast to the white, maybe make it blood-red. While the there was a red light flashing on it, it was faint and the prop still looked very light. I felt like it was jarring to my eyes and too much white isn’t always aesthetic. I did however, like the solo shots of the members in the rooms. It was an average music video thus eliciting a 3 out of 5.

Execution: 3 out of 5
As a whole, U-KISS is a group of adequate dancers — they are trained well and can perform the dance moves in regards to technical aspects, but none of them have that natural ability to dance. There is no one member who is the “dancer” — the member that makes you say, “That boy can dance” the moment you see him. It felt as if some of the parts were stiff and a bit awkward. The dubstep break was nice, musically, but Kiseop’s moves needed to be much harder and crisper. Dubstep is a very hard beat and one needs to have equally forceful dance moves to pull it off.  The rap midway through was pretty awkward and disjointed as well, but then again I think that Eli’s rapping skills are less than satisfactory. The fact they’re rapping in Japanese can contribute to the awkwardness, but AJ did do marginally better in his execution of the rap.

Though I found the rappers to be awkward, I thought Hoon, Kevin, and Soohyun did fabulously in carrying this song vocally. Soohyun is a powerhouse when it comes to vocals but it was refreshing to see Hoon sing more lines. I find that he is also a very strong singer and that note that he held near the end was evident of his skills. 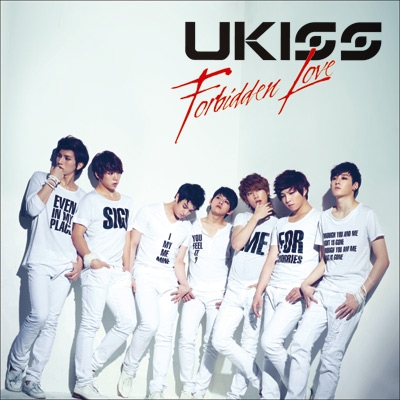 We apologize for the interruption: Gil has acquired the sudden urge to fangirl; we will return to our review in a timely manner.

I need to hug whoever choreographed this or at least name my first child after them. I don’t care if Justin calls me a pervert, but damn, them hip thrusts. I think this is the first time I have seen them do that in a music video and I wasn’t entirely uncomfortable. U-KISS has the image and the personality of the nice boys next door so when they pulled out the sexy, I wasn’t prepared for it. For all the flaws I find in this music video, the fan in me is giggling like a giddy school girl and —

We now return to our scheduled programming.

Overall, the boys did decently in the execution of the music video, it’s not their best but it’s not entirely bad either. 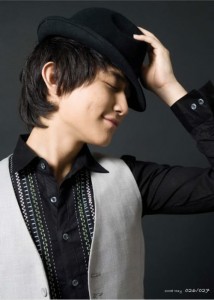 To start off, I definitely favored this video over “Forbidden Love.” The song was in my opnion, better filmed and the music video was a bit more interesting to watch. I was however,  completely confused at the angel wings coming out of Kiseop’s back, because it had no relation to the overarching theme of the song nor the lyrics and meaning. Of course, his basic role in U-KISS was to be the ulzzang, and while he has evolved over the years, he still has the role of visual. The song is about two separated lovers yearning for each other, and how one gives the other strength. The music video fits in adequately with the song having a very ethereal and dream like feel as it utilizes  a lot of white, black, and navy colors to the illustrate that effect.

Then there is that scene of Kevin dancing underwater, which looked awfully familiar to me. It bore great similarities to MBLAQ’s “Cry.”  Now, it’s almost an exact replica of the scene except with less dramatic body movements and it’s only Kevin doing it. Of course, I racked my brain to try to come up with an analysis of what this could possibly mean. Water? Sad song? My literary analysis skills kicked in and I interpreted the water dancing to be him drowning, metaphorically. He’s being suffocated by the memories and pain of being away from a loved one, much like the feelings of drowning. It looks like he’s struggling in the water to me, which is evident of that feeling of helplessness and pain that comes with separation. But the song gets much more positive and uplifting, giving messages of hope and faith to his separated lover. I liked how the water scene fit in with the music video’s feel and meaning of the song, even though it looked like MBLAQ’s “Cry” Water-dancing.

Execution: 4  out of 5
The song was done well, even the rap parts which you don’t often see in a lot of ballads fit in nicely. Though I still hold the belief that Dongho and Eli can’t rap, they did a decent job in this song. AJ was fine, nothing that blew my mind but satisfactory. Kiseop however, performed his lines well and I can see that he has improved a lot.  I really enjoyed his lines and was happy to see that he got more presence in a U-KISS music video. Soohyun, as usual, sang his heart out  in his parts, deserving the role of main vocal. Hoon and Kevin also sang well, I like it when U-KISS has a chance to show off their vocals because it usually gets hidden by a lot of auto-tune.

Overall for these two videos, they get a 3.5  out of 5. I wasn’t madly in love with the music videos and I wasn’t awed by it like I was “Tick Tack” and “Neverland” which were dance videos done well. I am liking the direction U-KISS is going and with some minor adjustments in their dance videos, I’m set. I was hoping for a storyline with “Shared Dream” because it would have worked but I was happy with what the original was.

What are your thoughts? Did you love the singing as much as I did or did the rapping unnerve you? Leave your comments below!