The Korean Forbes "40 Power Celebrities" List - Is It Accurate?

Ah, the Forbes list(s): surely the ultimate form of recognition after the Nobel Peace Prize. And now we have the Forbes Korea “40 Power Celebrities” list, ranking them based on influence, income and fame. Don’t worry though, I’m only doing the top 20, so you’ll still have plenty of time to stalk your newest biases via Google Images.

Last year, Girls Generation knocked figure skater Kim Yuna off the #1 spot, and this year they retain it still. I’m hardly surprised; after the success of The Boys, the sheer volume of their earnings, an appearance on David Letterman and their continued deluge of CFs and performances. Big Bang snagging second place didn’t surprise me either; the EMAs were pretty big, and despite recent scandals their comeback has already blown K-pop out of the water. I’m genuinely pleased for both groups, although I’ll always fight for the underdogs.

Considering her age, IU at third seems impressive. But she’s been in the industry long enough, and though it pains me to point it out, really it does, Justin Beiber’s on the American list at a mere 17. Look at his smug little face. He’s like that bit of biscuit that always falls in your tea no matter what. But enough of that, and well done to IU, after Last Fantasy you deserve a spot I suppose.

The next few were fairly predictable: KARA are popular and they must make a lot of money, even though “Step” was a fair while ago now. If I were the one making this list they certainly wouldn’t make the top 5, but I concede that their placement on the Forbes’ list is probably accurate. Although we never know, do we? There is always a whiff of bribery and corruption around any Forbes list — or rather, with that kind of money floating around there usually is. But maybe that’s just my good old fashioned cynicism. 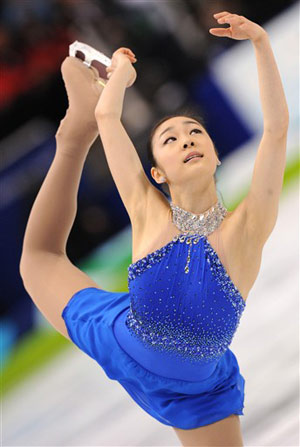 Kim Yuna still makes the top 5. After Kiss and Cry and being appointed a member of the Executive Committee of the 2018 Pyeongchang Olympic Winter Games Organising Committee, she still holds plenty of influence. Not to mention her superb performance at the 2011 World Figure Skating Championships and subsequent silver medal.

Then we have Lee Seung-gi — no surprises there, nor any in Park Ji Sung, midfielder for Manchester United football team and #2 last year. He’s pretty much the only person on this list I can watch live on my television, so I’m delighted at the fact he is still here. Also, congratulations to him on his captaincy in the Europa League.

I’m afraid I know very little about Kim Tae-hee beyond the Dokdo issue, but after a quick Google search I discovered I knew her from Iris. Having not followed her as closely as the previous I don’t know if she is truly deserving of her prestigious spot; surely acting alongside T.O.P is enough gratification for anyone ever.

And next we have…Beast! That’s right, the failed boyband have beaten giants such as Super Junior by quite a long was and I’ll be dammed if I can’t be smug about it. I am perhaps a little surprised they did so well, they may be my favourite male idol group but I’m aware they aren’t massively successful all the ti– oh wait, is that a Song Of The Year Award at the 2011 KBS Music Festival I see? Okay, I’ll stop being smug now, promise. But after all, they achieved an all-kill — winning the Bonsang award at the Seoul Music Awards in both 2011 and 2012, and the the Artist of the Year award at the Melon Music Awards in 2011, as well as various clothing commercials. All things considered, it’s actually a well-deserved placing.

After that, Park Tae Hwan (gold medal Olympic swimmer), 2PM and the MC Kang Ho Dong all seem perfectly legitimate choices. 2PM’s spot seems to be moderately merited, as their “Hands Up” album achieved an all-kill as well. 2PM has also had an extremely well-received Japanese debut in 2011, thereby make their 11th place another fair ranking.

In 13th place we have JYJ, which might seem ludicrously low except Forbes deals primarily with money, and how much the group is making. While JYJ might have done well in a musical sense, they haven’t been all that financially impressive compared to others on the list. Still, considering all the public service they do — such as being honorary ambassadors for Jeju Island’s campaign to be designated one of the New 7 Wonders of the World and the Asian Dream Cup performance — they might have climbed a little higher. They will also be the first K-pop group to hold a solo concert in South America, but that has yet to happen. Leave the pitchforks, ladies, and have a picture of them in suits — or, at least, that’s what helped me deal with it. 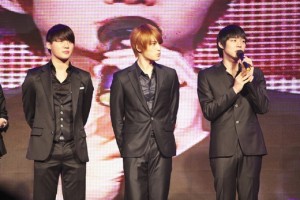 Despite the fact I legitimately love Jonghyun with a considerable portion of my heart and soul, I am also a fan of Shin Se Kyung, but mainly because I think she’s pretty and not for her acting prowess. I am a little stunned she beat DBSK though.

DBSK does seem a little far down the list in 15th place, but I suppose their comeback did happen a full year ago, and inbetween then they’re been around without really doing a whole lot. Shoot me if you like for saying that, but after some failed CFs and little coverage of their Japanese ventures in Korea, their popularity has been shelved somewhat and their media influence has been significantly reduced.

But Super Junior has no such excuse. They released Mr Simple in 2011 (which won most views in the YouTube Korean section), followed it up with A-Cha, “Santa You Are The One”, and then “Oppa, Oppa” with members Donghae and Eunhyuk. They have also won many awards at the Seoul Music Awards and Golden Disk Awards. I’m not speaking as an ELF; I’m speaking as someone surprised at their ranking. But one of the qualifications for the list was that they must have helped spread K-pop across the globe, and while Super Junior has widespread popularity throughout Asia, their actual activities seem to be primarily restricted to Korea. 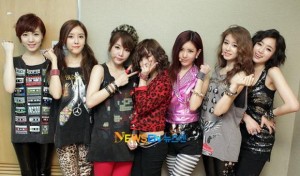 At #17 we have T-Ara, who has enjoyed a very busy and a fairly profitable year. I’m not entirely familiar with the people in the last three spots — filled by Shin Soo Choo (Major League Baseball Player for Cleveland Indians who won a silver medal at World Baseball Classic and gold at Asian Games,) Yoo Jae Suk and Lee Chung Yong (Footballer for Bolton Wanderers)  — but they probably have done enough to merit their positions on the list.

Overall I was a little disappointed in the list, but at the same time there were some excellent surprises, especially for B2ties. I won’t go into the other 20, but I am sure the results were similar. What did you think? If you had to make a list of the top “20 (or 40 if you’re feeling ambitious) Power Celebrities” who would you choose?