SHINee's Still Got It 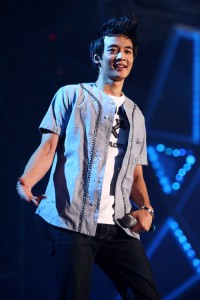 Since their debut, there has been sufficient reason to believe that SHINee was SM’s resident darling group. Within the first few years of their existence, all the signs pointed towards SM’s dotage towards SHINee. SHINee got a killer debut song, awesome visual concepts, product endorsements left and right, variety appearances every other day of the week — anything and everything to keep SHINee in the limelight. Of course, this level of high-profile exposure wasn’t without merit. Even from their debut performance, SHINee proved themselves to be excellent performers with lots of talent and stage charisma. The sheer quality of SHINee’s debut marked SHINee as being one of the best rookie groups of their time — a title that retained its worth throughout much of SHINee’s career.

But there was something somewhat lackluster about SHINee during their Lucifer promotions. Granted, “Lucifer” wasn’t the greatest song to come out of SHINee, and promoting it three times a week obviously took a big physical toll on the group. But all of a sudden SHINee’s live performances became less than perfect, their stage charisma seemed recycled, and they just weren’t the same precise, pleasantly-robotic group that they were at the time of their debut. The news of SHINee’s venture into Japan was, frankly, a piece of news that I could’ve done without at the time. If it had been late 2008/early 2009 when SHINee was arguably at their prime, there would’ve been no reservations. But the image of Jonghyun cracking every high note while performing in front of a highly critical Japanese audience was not a pleasant one. At the end of 2010, SHINee was not in a good place in terms of overall performance quality, and it was difficult to find reasons to continue keeping up with them.

So in terms of logic, the full-length concert SHINee held at the end of 2010 shouldn’t have been all that impressive. And indeed, the fact that the concert has been drawn out over the past year and performed in a bajillion different venues has definitely added to its staleness. But when the concert album, The First Concert SHINee World, came out last week, I unexpectedly found myself falling in love with the group all over again. 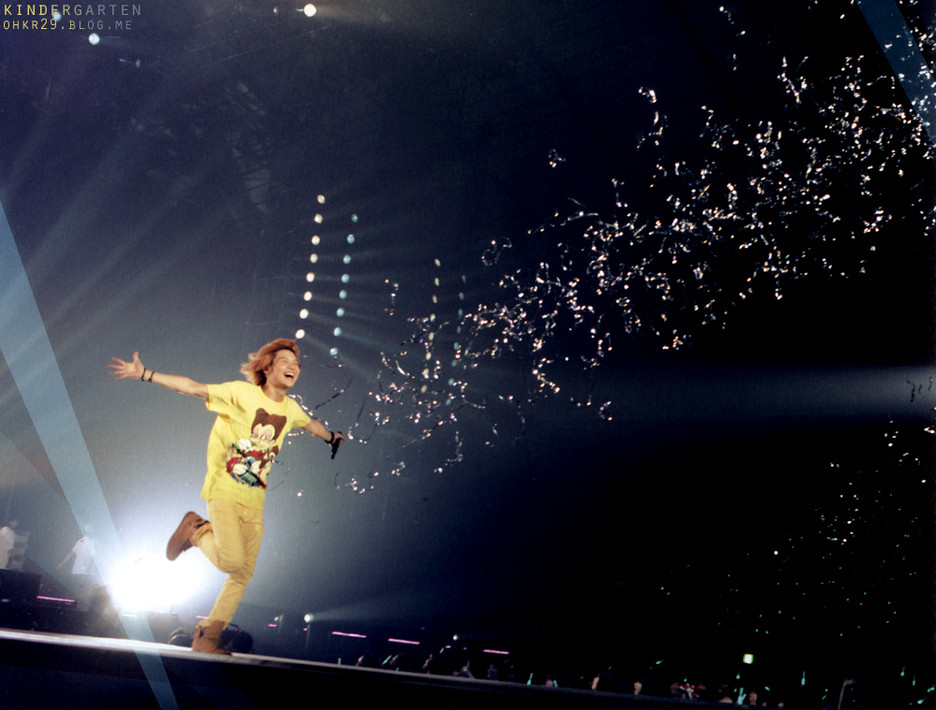 The thing about concert albums is that while the songs may be no different from their studio-recorded counterparts on previous albums, the live recordings embody a degree of liveliness and vigor that is oftentimes lost in the midst of editing and mixing and endless takes.  While it’s safe to assume that concert recordings do undergo a certain degree of audio editing, the fact still stands that the group only has two concerts to get it right, two shots to put out an aurally perfect and emotionally memorable performance that will be immortalized on an audio CD for years to come.

In many ways, listening to SHINee’s concert album was like seeing the old SHINee finally come back, and then some. Their vocal performances were pretty much spot-on throughout the whole concert, with nary a sung note out of place. But more importantly, their performances just had so much life and vigor, to the point where that energy was noticeable even through an audio recording. Songs like “Ready or Not,” “A-Yo,” and “Get Down” showed off SHINee’s youthfulness and energy in ways that even older groups might have a hard time replicating. And ballads like “Graze,” and “Romantic” have been around for years, but rather than parroting back the studio recording, SHINee performed it as if the song was made to be sung in that venue, embedding the song within the entire concert experience.

I saw SHINee’s concert in Taipei last July, and while that was a great experience in itself, I’ve come to discover that nothing really beats out the experience of hearing SHINee’s voices in absolute clarity and being able to take in every bit of their stage energy and passion simply by listening to their voices. It’s not to say that SHINee are the demigods of K-pop simply from this one concert recording. But rather, this concert album was a restoration of faith for me as a SHINee fan — not in the sense that their rumored Korean comeback later this year will herald the permanent return of the “old SHINee” from years past, but rather in the affirmation that SHINee is still the same group of five boys who are ridiculously good at what they do, but still have the energy and lightheartedness to have fun on stage and live in the experience. It was an experience where one could hear the carefree, youthfulness of the group whilst also taking note of the ways in which the group was maturing: solid harmonies, vocal embellishments, even the sound of Taemin and Minho taking over lines previously held by their older, more experienced members, showing that they were now ready to carry those lines themselves. The SHINee World Concert was a special occasion for SHINee, and it was clear that SHINee made that stage their own. One is hardpressed to find a group with that high a level of expertise and carefreeness in performing, which is what makes SHINee such a gem. It’s both a curse and a blessing that SHINee debuted at such a young age, and after watching and listening to SHINee perform, it’s clear that that youthful energy composes a certain X-factor in live performances; something that even the most skilled veteran groups can’t replicate. Youth is a wonderful thing, and is something that certainly should not be wasted but oftentimes becomes a casualty to the premature onset of adult life. But even as full-time entertainers who have long sacrificed their childhood and who now eat, live, and breathe their career, SHINee should not have to sacrifice their youthfulness — particularly if it is that youthfulness that allows SHINee to shine the brightest on stage. It’s such a shame to see SHINee being jetted around from country to country, schedule to schedule, and all the while wasting away the youth that makes their current career so special. There will come a day when SHINee’s youthfulness will fade away, and it will be sad to see it go without even leaving a trace on the career that has consumed it.