Block B's Trolling: This Time it's Gone too Far

Block B is  an up and coming rookie group known for their musical talents and rambunctious personalities. They’re well known to troll the idol scene with their silly antics, and even I find their free spirited personalities enjoyable, and, in short, normally fun to watch. However, during an interview on their latest trip to Thailand, the boys’ rowdy charisma didn’t make for fun and games. Rather, their attitude raised up a lot of criticisms for being overbearingly rude, and rightly so: A lapse of manners suddenly defames their titles as public figures of Korea.

During a 28 minute interview with Thai reporters, the members of Block B made some rather tasteless comments that offended fans around the world as well as some other idols, including Nichkun, Junho, and Chansung of 2PM and Dongho and Eli of U-Kiss.

The focus of controversy is Zico’s response to the interviewer’s question on the recent flood that affected many in Thailand. 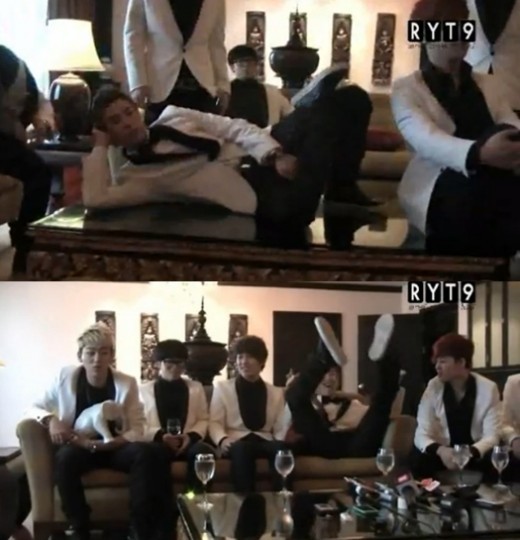 Interviewer: what do you think about this charity event?
Kyung: We were doing something good.
Interviewer: How do you feel about it?
Kyung: It’s good.
Zico: Tell them about your donations
Kyung: I donate $200 every month to children in Africa and I like the feeling of donating. Even when i become famous, I’ll donate half of my fortune.
Interviewer: Half?
Zico: You said it on camera about donating half of your fortune
Kyung: Maybe half of my salary
Interviewer: do you know about the flood in Thailand?
Zico: Yes, I’m aware. For those of you who faced hardships or families faced hardships because of the flood, we hope that our financial aids will relieve your pains. All we have is money.
Kyung: How much money?
Zico: About 7000 won?

I’m not going to deny it; I am a fan of Block B. But that in no way means that I negate the fact that their actions in Thailand were inappropriate. Screwing around is not out of the norm for Block B, in fact it might be part of their charm but at times their intense need to be completely free spirited can come off as inappropriate.  For me it goes all the way to their image of rejecting the idol stereotype. Block B has said numerous times that they are different from normal idols, and have always stuck to that concept of acting accordingly to what they feel is “different.”

While it’s amusing to watch, there was a part of me that got rubbed the wrong way. While these boys try to reject the stereotype of the K-pop idol, it’s undeniable that they are just as ingrained in the idol culture as the next K-pop group. They follow the normal route of idol-dom from the intense training to the synchronized dance moves to their frequent appearance in variety shows. Being an idol, especially a rookie group, demands respect and professionalism. Block B can continue to claim that they aren’t idols and that they don’t play into the sterotype, but as someone who is in the entertainment industry, knowing how to present yourself is crucial. Granted, they set themselves apart through their sound and involvement in their music but they aren’t revolutionizing the K-pop music scene by any means. They are still very much part of the idol culture they try so hard to reject. 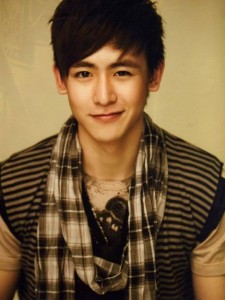 That being said, I can understand why Block B at times can come off as try-hards and wannabes to some people; I like them when they aren’t forcing their uniqueness and individuality and do so in appropriate situations. Do I believe that Block B crossed the line in professionalism? Yes, they were goofing around far too much for a serious interview and they made light of a serious event that affected the lives of many in Thailand. It offended many Thai citizens, including 2PM’s Nichkhun who expressed his discontent in a tweet,

As a Thai, I’m offended by those who talk about the flooding in Thailand without thinking. If you come to Thailand, rather than acting without thinking, please respect this country and only behave with a proper attitude.

And he’s right; the boys weren’t being considerate and acted unprofessionally when the situation called for a serious mood. As fans, we should call idols out for things they say wrong but we should do it in an educated manner. I’ve seen many comments berating Nichkhun for tweeting this issue, apparently inviting the wrath of Hottests, a claim which I find to be also as vapid and unfounded. He felt offended by their comments and he has every right to express his discontent; he didn’t do it in a disrespectful manner nor did he give out death threats.

If idols say something wrong or out of line, we have a right to correct them and express our dissatisfaction, however. In fact, it’s almost our duties as fans who adore idols to call them out on their errors; but petitioning for their deaths and disbandment is utterly ludicrous and immature. There has been a myriad of cases where idols have said and done things that elicited criticism, Teen Top C.A.P’s sexist comments for one.

While I expressed my frustration over his comments, I’m sure C.A.P. learned how utterly wrong his actions and comments were. While human beings make mistakes, they learn from them too. Block B issued an apology not long after this story gained controversy, an individual one from all the members and one from Brand New Stardom expressing their regrets at not teaching them. Zico even shaved his head in penance, an action with a significant connotation in Asian culture.

Instead of immediately jumping to conclusions and trying to force unemployment on groups, what we should do is to try and educate them in a respectful manner. A great example is SNL’s blackface skit. Renie wrote a wonderful article on the issue of blackface and called for action; many K-pop fans gathered and signed an online petition asking for an apology. tvN realized their error and issued an apology on twitter. We did it in a respectful manner and people listened. Screaming and WRITING IN CAPS LOCK EXPRESSING YOUR UTTER OUTRAGE is not going to get you anywhere, people tend to tune that out.

Counteracting distasteful and tasteless comments with like comments will get you nowhere in life and halts progression and advancement from an issue.

I leave you with a quote from my homeboy Gandhi.

“An eye for an eye makes the whole world go blind.”