I’ll stick with you baby for a thousand years
Nothing’s gonna touch you in these golden years – David Bowie, “Golden Years” 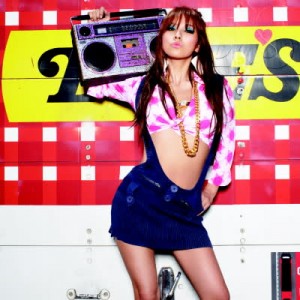 Not only is “Golden Years” an excellent David Bowie song, but it’s also a phrase that’s been bandied about lately by K-pop fans. While reading comments about the end-of-the-year Gayos, I kept running across a specific sentiment echoed in a variety of venues: “This year was okay, but I miss 2008. That was truly the golden year of K-pop.”

To be honest, I first ventured into the world of K-pop at the end of 2008,so I was present for the culmination of the year as opposed to the buildup, so to speak. While that period in K-pop is certainly what caught my attention and that of many others, one must ask: Is this simply a case of revisionist history? This was before the fracture of DBSK and before the full-scale girl/guy group takeover. I can certainly sympathize with fans that long for that time period, but let’s take a quick look back at what 2008 garnered us:

That last point (which foreshadows the early stages of idol group mania) notwithstanding, you could say 2008 was a simpler time, a more innocent time, a time when it was easier to remember the names of any given artist on Music Bank. However: was it better?

If you are a Cassiopean, perhaps, but I get a sense that in addition to this existing wistfulness, fans are also mourning that year as the end of K-pop being truly theirs. Eyes started to shift westward and global interests began to take root. As you may recall, the Wonder Girls were whisked to the States not long after their rousing success. K-pop was no longer the little secret of fervent online fans, and since then, it’s become hard to deny the growth of K-pop’s international fan base and world influence.

Even so, certain aspects of a musical artist or genre are lost to the sudden expanse of popularity — namely, the niche quality of the genre and the smaller fan communities that lend themselves to feelings of personal “ownership” of an “underground” movement.  But I would never trade that in for the potential outcome: a globally successful Asian pop artist. 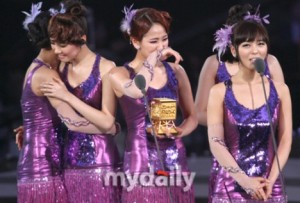 Though Rain is currently on military leave and Hyori is M.I.A, both Big Bang and Wonder Girls have grown tremendously as artists since 2008, and all those ’08 rookies I named are now idol staples. Also, the insane moneymaking power of IU could be a precursor to a lessened emphasis on idol groups with a new generation of solo singers (some likely breaking off from their own groups, namely HyunA and CL). With the increased focus on reeling in Western fans and greater utilization by the Korean government to enhance tourism, the amplified visibility of K-pop makes certain that some things will never be the same.

I’ve always been a believer in leaving the past behind where it belongs. Besides, that doesn’t necessarily make the past insignificant; the watershed moments from former years were crucial in the growth of K-pop as a commodity. In other words, appreciate 2008 for what it was, and anticipate how 2012 will be.

Do any of you long-term fans feel partial to K-pop in 2008, or do you have no qualms about moving on? What about more recent fans – have you viewed any MVs or performances from that era, and if so, how do you think they match up now?