The Woes of T-ara 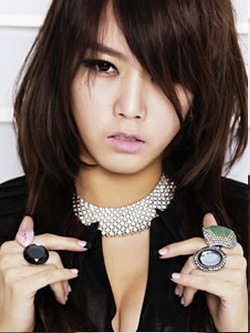 T-ara is one of those girl groups whom no one ever would have thought could make it this far. Back in the summer of 2009, they were just another rookie group reminiscent of the K-pop princesses SNSD, who were, at the time, basking in the glory of their phenomenal successes with Gee, and later, Genie. T-ara, on the other hand, was more like an afterthought. But it’s not like T-ara was anything special to look at the start either. When T-ara first began tackling debut stages with their singles Lies and Wanna Play, they received a lot of criticism from netizens for lip-syncing an entire performance. As a wave of bashing and hating crested, T-ara’s company, Core Contents Media, issued a formal apology, and stated that the girls would work harder and always perform live in the future.

As a fan of T-ara, looking back at this lame performance from T-ara’s days as rookies makes me both nostalgic and proud, especially considering how far T-ara has come in just two and a half years. The girls have worked hard to both promote themselves in an attempt to assert both the uniqueness of their image and the noteworthiness of their music — feats that are not so readily accomplished without earnest dedication to the sport of idoldom. But as someone who has always kept a weather on T-ara, I couldn’t help but notice that despite their booming successes with their recent album Black Eyes as well as the two part MV drama for Cry Cry and Lovey Dovey, success has been wrought at a heavy price.

On the January 27th episode of jTBC‘s Quiz Show Idol Premiere, the MCs asked the T-ara members present if they would like to throw a shout out to their boss. Current T-ara leader Soyeon (as T-ara is one of those groups that changes leader every year) went on to bravely state:

Since our debut, we have never had a vacation, and in the past year, we haven’t even had a single day of rest.

MC Kim Gura went on to ask if comparatively there were some members that did more than others in terms of schedules and activities, to which the members replied,

Even at this time, the other members are in attendance for their schedules. Somewhere, they’re all doing something. Everyday, every member has a schedule to attend.

We all know these young people forsake their lives as humans to be idols. And, speaking realistically, being an idol usually means unusual work hours and ethics, and oftentimes mistreatment. We all also know that it’s part of an idol’s job to brush away concerns surrounding their exhaustion and hospital visits and broken bones. Idols are supposed to be marketable around the clock, and be virtually ignorant of their own human condition. But that’s where the irony stumps me: you can’t ignore the human condition if you are human. 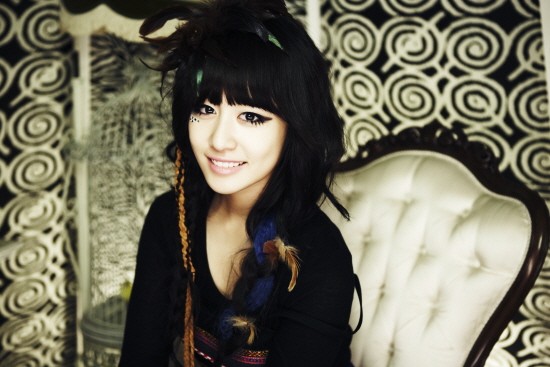 The T-ara members are particularly notorious for taking falls and fainting from exhaustion as their killer schedules catch up them. For instance, Jiyeon is perhaps the most overworked member in T-ara.  Jiyeon’s skill set as a trained actress and experienced model as well as her commitments to the small screen and the idol scene keep her busy all the time. For the record, Jiyeon has been involved in a drama every year since her debut, as well as movies every year since 2010. Some look at Jiyeon and see a triple threat — actor, model, singer — but the reality is her triple threat is a catch-22. All her talents are exhausted in the plethora of activities scheduled during the times when she isn’t singing or rehearsing. While Jiyeon may be experiencing more exposure in the spotlight, her packed schedule has consequently affected her quality of performance. See for yourself in a 2010 stage of their song Like An Indian Doll (NAMI). Jiyeon can be seen starting at 0:56.

In August of 2011, Jiyeon pulled a ligament in her right knee during a rehearsal taping of KBS Music Bank and was immediately rushed to the hospital. After a “recovery” period, she returned to her duties as an idol, but was reportedly seen needing considerable assistance walking between performances. On January 1st of this year, Jiyeon collapsed before a filming on Inkigayo. A Core Contents Media representative revealed Jiyeon had finished filming the MBC Gayo Daejun at 2 A.M. that morning, went to film Dream High 2 at 4 A.M., and arrived at Inkigayo in a “sleep deprived state.” She returned to Inkigayo for another filming after checking into the hospital for a split second, and went on to a drama filming later that day. On the 17th of January, at the Dream High 2 press conference at the Imperial Palace Hotel in Seoul, Jiyeon expressed her jealousy of the minor labor laws portrayed in Dream High 2.

In the drama, there are special laws protecting minors in the entertainment industry, and I wish those laws existed in reality. 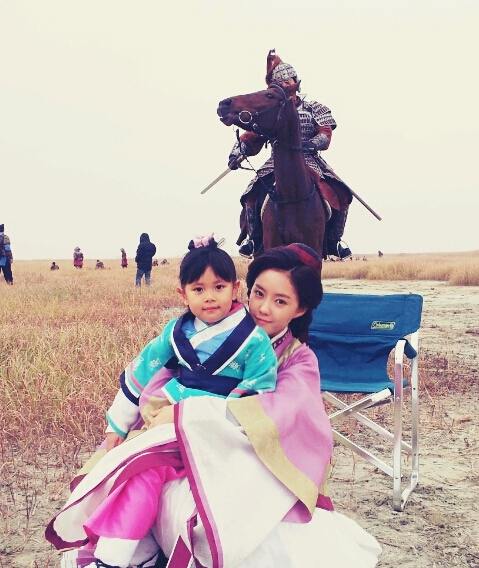 Other members that cause concern are Eunjung and Hyomin. Like Jiyeon, Eunjung is also a trained actress and has taken up many small screen endeavors as well. At the MBC Music Awards a couple of weeks ago, Eunjung sprained her ankle when climbing stairs to ascend the stage. She later went to a filming of her latest drama Queen Insoo that night, where she tweeted a picture of her cast while in hair and make up. Recently, it was announced that Eunjung has cancelled further filming for her We Got Married segment due to complications with her ankle injury. Hyomin also does her fair share of variety and acting. In November 2011, Hyomin tweeted a picture from the set of the drama Gaebaek, expressing her exhaustions from a day’s hard work.

I had to film a comeback stage performance in the morning. Then in the afternoon I had Gaebaek filming, I’ve been up the whole night. Gaebaek’s filming ends this week. I will do my best until the end.

One of the resident shorties of T-ara, Boram, tweeted on January 3rd to reveal her depressing state of mind.

I feel like I’m going to explode on the inside. But what I hate more than that is the heavy, depressed feeling I get whenever I feel that way. I’m a little, no, really sad. I’m upset with myself at having to hold in my cries on my own as well as swallow down pills in order to keep myself from being sick. 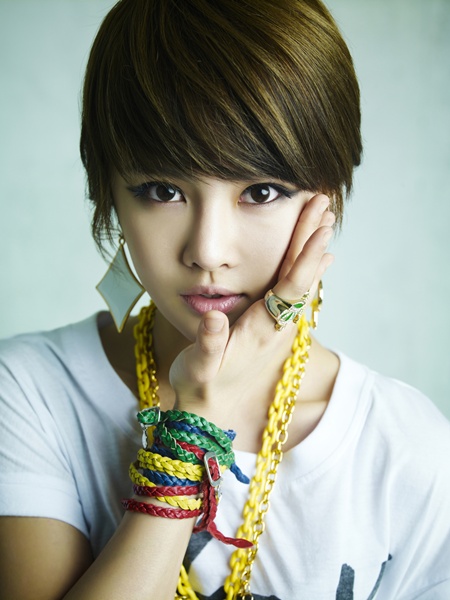 A little over a week ago, T-ara made an appearance on SBS E!. When asked about how much the members sleep every night, considering the number of activities each girl completes in one day, T-ara replied that they usually only get about two hours and thirty minutes of sleep every night. Such an astonishing fact alarmed the audience, but T-ara casually played off the hype smoothly.

The ladies of T-ara have come a long way from the days of lip-syncing, and have climbed the ranks of the pop scene by forsaking a lot of freedoms in the meanwhile. And of course, it could be said that all that hard work and all those hospital visits had some part in helping T-ara reach where they are today, because both the good and bad press has undoubtedly gotten T-ara’s name out there. But plainly put, T-ara is over-worked. They are one of the hardest working girl groups in K-pop today, and their stamina and courage to fight each daunting schedule everyday are entirely laudable and even admirable. I know the Korean culture encourages a rigorous and productive work ethic, and ideas about commitment and dedication and earnest can sometimes be seen as overkill in the eyes of a Westerner like myself, so my concerns may even be a bit exaggerated in context of the idol working life. In reality though, I have a huge amount of respect for T-ara for having that very work ethic. But culture aside, I still feel that there has to be a point where the line is drawn.

T-ara literally works around the clock seeking out success, and has been fortunate in that their efforts have begun to pay off. But reflecting on T-ara’s past, as well as recent news about members revealing their exhausting life, it’s evident that this game T-ara plays with their sleep schedule and their health cannot possibly last forever. On the flip side to that, Core Contents Media is also probably aware that T-ara cannot keep on like this indefinitely, but are trying to squeeze every last drop of money that T-ara can make them while they can, and especially now that T-ara is gaining momentum and enormous popularity. Sure, perhaps smiling and tweeting and fainting may get T-ara through each day for now, but one can’t help but think that if they continue on like this, T-ara is headed for some sort of implosion. 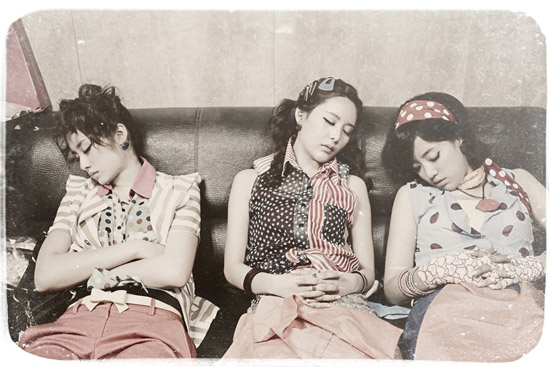 I genuinely enjoy T-ara and their music, and it kills me to see them fall apart only to put themselves back together in a quick minute and keep going. But that is not to say that T-ara is the poster child for deprived idols. The idol world is stocked with entertainers who lead similar lives and suffer through the same ailments all the time, all day, everyday. Considering recent events, T-ara seems to serve as the epitome of the overworked, under-rested idol group. T-ara is an idol group that often expresses their discomfort and exhaustion, and their situation brings up the question: What will it take for the lives of idols — most of whom are young kids — to achieve a fairer work ethic? Or perhaps more cynically: Who has to die? What will it actually take for the industry to change the way in which it runs the lives of so many young people? An injury? Clearly not. But a death? With the things the way they are, it’s not improbable. How far can we push the limits before we find out what ‘too far’ really looks like?

Indeed, this is the reality of the idol world today. T-ara is a living example of what young people sacrifice in pursuit of careers in K-entertainment, and it honestly causes one to wonder what extent those sacrifices are okay or even humane. While I adore T-ara and applaud their hard work, I do so with a grimace, knowing that they have had to struggle so much. And though struggles are supposed to give way to brighter and better things, then why is it that I find T-ara’s recent success still so bittersweet?