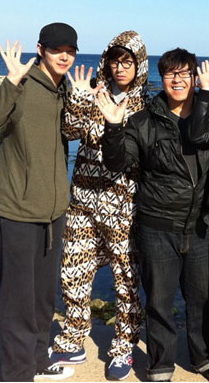 Fashion is an integral part of the K-pop machine.  What idols wear in teasers and music videos help to build hype for upcoming releases, while their stage style provides an exciting element to their live performances.  Airport fashion has become a key part of image-building as it shows the performers in “real life” items.  This provides an accessible avenue for fans to copy their favorite stars’ style.  In recognition of the importance fashion plays in this culture, the “Label Me” feature was born.  These articles will spotlight some of the most popular brands in K-pop, both the well known and less familiar.  It is only fitting that the first edition covers a label that has arguably had the biggest impact on the K-pop fashion world: Joyrich.

Joyrich is an LA-based company that was orginally founded in 2007.  Their streetwear designs are described as “retro-future,” which are characterized by colorful and easily recognizable pop art-style prints; inspiration is also drawn from a variety of pop culture icons (think Mickey Mouse, NIKE’s swoosh, and vintage pin-up girls).  The unique quality of the clothing from Joyrich has made it a K-pop favorite, not only for everyday looks, but for promotional use as well.  The price points for many of the items make them reasonable items for fans to buy when they want to dress like their bias, unlike other design brands worn by the idols.  And buy they do!  Earlier this year, after a picture of Yunho surfaced on the web in a Joyrich Native Leopard jumpsuit, the two items sold out entirely across Japan. 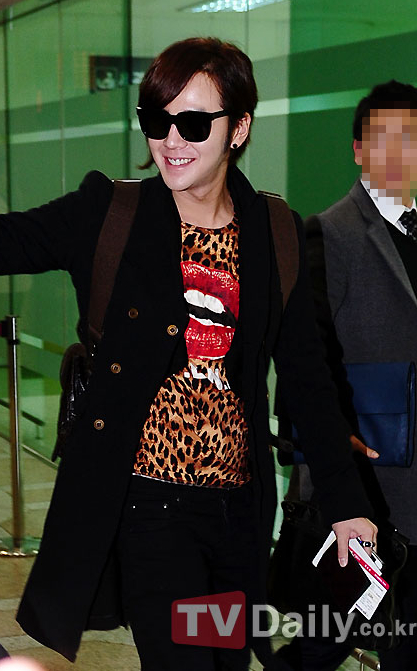 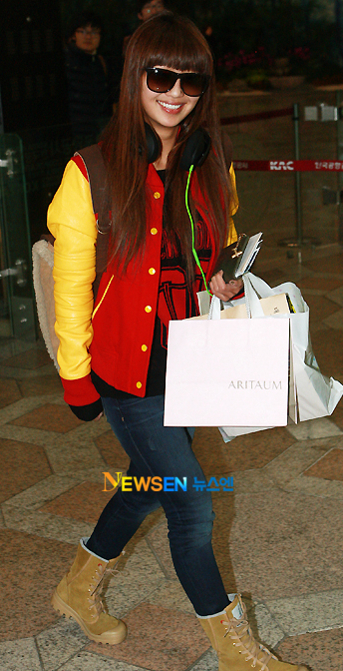 From airport fashion to selcas, the influence of Joyrich can be felt. Most recently, Asia’s Prince Jang Geun-suk, 4minute leader Ji-hyun, and Sistar leader Hyorin were spotted integrating items into their airport fashion. Jang Geun-suk wore the Punk Lip Leopard tee ($82), Ji-hyun was in the Safety Pin sweater ($158) and Hyorin pulled double duty in a NY Athletic sweater ($142) and the Red x Yellow Varsity jacket ($299). 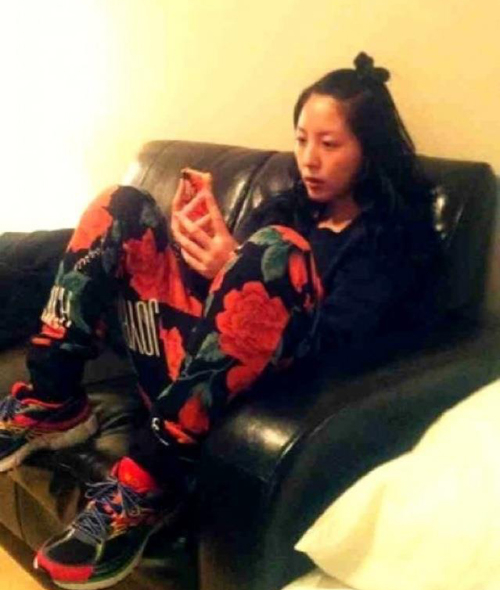 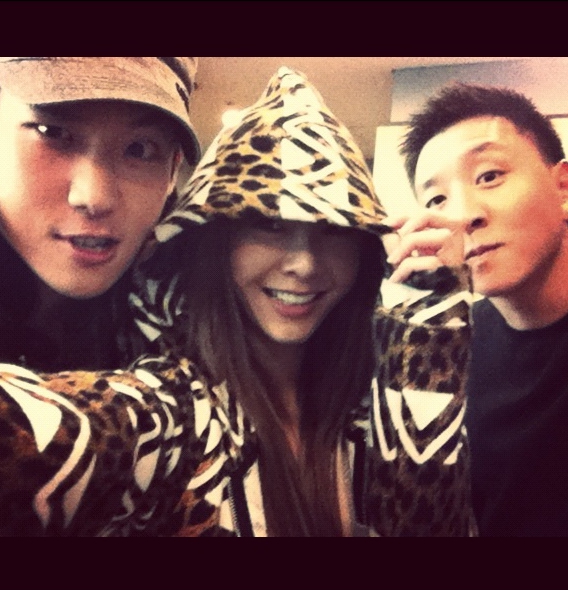 Both BoA and G.na shared tweets that showed them in the brand.  BoA was lounging casually in the Rose Patch Harem pants ($121), and G.na was hanging out with friends while wearing the Native Leopard hoodie ($173), also seen on Yunho. 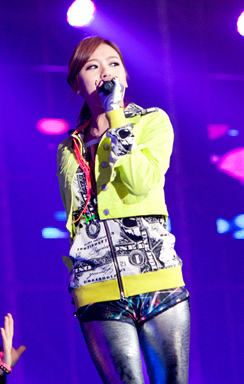 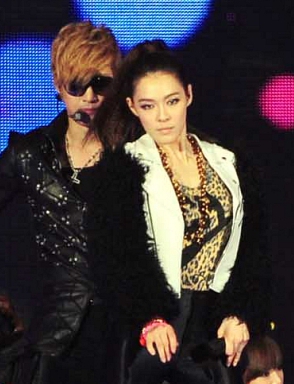 Performances generally call for ensembles that are flashier than regular clothes, but the over-the-top nature Joyrich designs can fit perfectly with some concepts.  At the 2011 SBS Gayo Daejun, labelmates After School and NU’EST performed a joint stage to LMFAO’s hit “Party Rock Anthem,” and members from both groups were seen in this brand.  Items worn included the Cuddle Currency hoodie on Lizzy and the Rich Swoosh Leopard tee ($82) on Kahi. 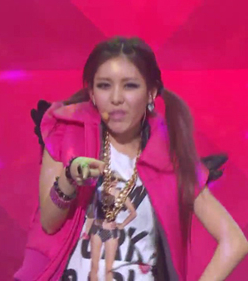 The club theme used by T-ara for “Lovey Dovey” has also become a showcase for the brand with various members donning Joyrich designs regularly for performances of the dance track.  For one performance, Boram wore the same Swoosh shirt seen on Kahi, while Soyeon was in the Native Leopard tee ($82).  In another performance Qri wore the Leah New York Doll tee ($70). 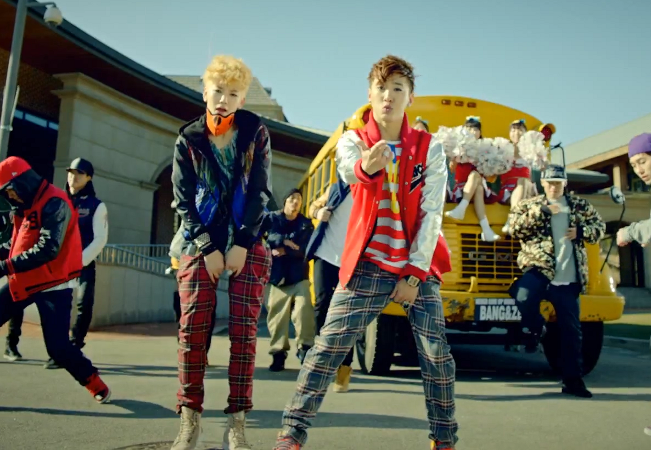 Music videos are an extension of performances, so it is expected that this prominent brand would show up there, too.  Sub-unit Bang & Zelo were covered in the brand throughout the “Never Give Up” MV.  Just a few examples include Tartan Plaid pants on both ($130), as well as the Rock You Americana tee and Rich Swoosh Metallic Letterman jacket seen on Bang Yong-guk. 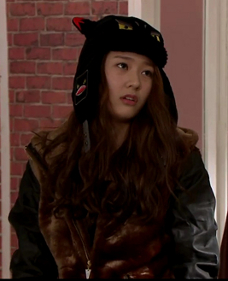 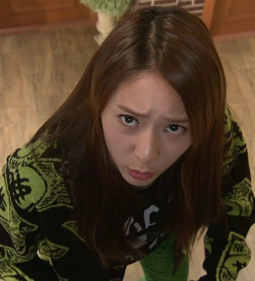 Even K-dramas are not out of reach for Joyrich.  Krystal has worn the brand regularly throughout the run of “High Kick 3” while Kim Bum has also sported the brand on “Padam Padam.”  Recent examples include the Mocha Brown Hunter jacket ($268) and Dollars cardigan ($173) on Krystal, plus the Rich Swoosh Tweed Letterman jacket ($331) and Clouded Leopard shorts on Kim Bum.

The Korean store location is located in Cheong-dam Dong neighborhood which is known for being the fashion center of Seoul.  Fans of this brand can buy online through retailers like Revolve Clothing and Karmaloop.  What do you think of the use of Joyrich among K-pop stars?  Are there any items from this label you covet?