Reflection of Ideal Beauty in K-pop 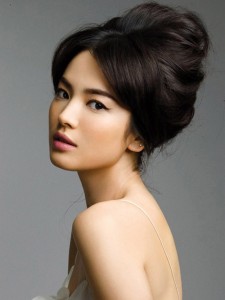 From the golden neck rings of Burma to undergoing surgery in order to alter one’s physical appearance, the aim to attain ideal beauty has existed for as long as the concept itself. The definition of beauty is elusive, and what is considered beautiful differs from culture to culture. Yet, recognizing and defining aesthetic perfection is ever present. Internationally televised beauty pageants, advertisements across all mediums, and compilation lists of “100 Most” continue to reflect and determine physical attractiveness on a worldwide scale demonstrating that ideal beauty, after all, is a reflection of one’s culture. Yet, what can be made of a list that does not reflect public opinion but represents modern ideal beauty inclusive of all cultures? What can be inferred from the fact that three Korean performers placed within the top 50?

Representing over 20 countries and based on millions of suggestions, The Independent Critics List of the 100 Most Beautiful Faces is an international list that claims to represent ideal modern beauty based on aesthetic perfection as well as other attributes that define beauty such as grace, joy, elegance and promise. From Harry Potter film series actress, Emma Watson, to YouTube video blogger, Natalie Tran, TC Candler’s 22nd annual list for 2011 embodies many cultures, lifestyles, professions and levels of fame with the sole intention to inform the public opinion rather than reflect it. Those that place aren’t ranked by their level of sexual appeal or how famous they are, but by a combination of many qualities that make up their individual beauty. 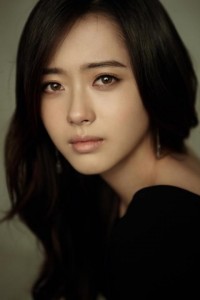 Climbing from 18th place in 2010, Korean actress and model Song Hye-kyo ranked 5th while Korean actress and model Go Ara (12th  place) and K-pop Idol Jessica Jung (45th place) fell within the top 50. Making up three out of the eight candidates representing East Asia, one may say that they’ve managed to place so highly only because of their Western-like traits or their “exotic” appeal. Their “almond-shaped” yet large and well-defined eyes, their full lips, high cheekbones, small noses and long, cascading hair are physical features belonging to stereotypes of East Asian women—the fragile “China Doll” or mysterious “Dragon Lady”.  Yet, aren’t these traits also admired in Korea as well as other East Asian countries?

Having emerged from Korean slang “eoljjang”/”ulzzang” (meaning “best face” or “good-looking”), this has become a term, in the English lexicon, describing those who follow a popular beauty trend originating from Korea. With this look, the illusion of large and well-defined eyes is achieved by eye-lid glue or tape creating a double-lid. Also, circle contact lenses (that enlarge the appearance of the pupil), fake lashes and make-up enhance and change the shape and size of the eye. A slender face, porcelain skin, and delicate nose also characterize this look. Although Ulzzang is an extravagant trend, it is based on the concept of beauty in Korea (large eyes, small noses, and flawless skin) that is also reflected in K-pop. Idols like KARA’s Goo Hara, SNSD’s YooNa, T-Ara’s Hyomin and actress Ku Hye Sun all share the same traits typical to the popular Korean beauty trend—natural, enhanced by makeup or attained through surgery. 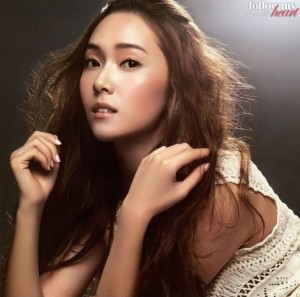 With Song Hye-kyo, Go Ara and Jessica, their beauty is also a reflection of their culture. Yet, well-proportioned physical features, flawless skin and long hair are simply aesthetic beauty.  Go Ara’s  penetrating gaze is expressive and full of integrity making her one of the most sought for models in Korea with a promising acting career on an international level. Jessica Jung’s poise and powerful presence has both gained her the nickname “Ice Princess” in SNSD as well as being one of the nine members signed to SM Entertainment with the role of main vocalist and supporting dancer. Song Hye-kyo’s elegance coupled with her capacity to exude a range of emotions has lead her to work with well-renowned fashion photographers like Peter Lindbergh, Helena Christensen and Jean-Francois Carly and, over a 5 year span, create a 420 page photo book entitled “Moment” composed of photographs taken in the world’s greatest cities like Paris, Geneva and Buenos Aires. It’s these attributes along with physical attractiveness that has gained them popularity within Korea and made them representatives of their culture on a worldwide list.

Beauty trends in South Korea are no different from those in the US or any other country. They are merely the extensions of a culture’s concept of beauty, which changes from region to region yet exist within each of them. Hair extensions, eye-lid glue, and implants serve the same purpose as a golden ring added on every year following a Padaung girl’s fifth birthday, which is to attain the idea of beauty through means that portrays gracefulness, virtue, youth, or fertility; to capture something so elusive, yet eternal and undeniably powerful.