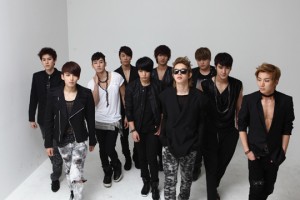 Fans of Korean Pop are growing increasingly disgruntled and frustrated by the increasing frequency of redundancy and repetition, both musically and conceptually, in Korean Pop. 2011 featured many songs, many good songs in fact. But none of them were able to catch the same “syndrome” status that songs from previous years were able to achieve due to the resulting rise in predictability and lack of originality presented by the industry. However subtle, in the midst of 2011 and surely towards the end of the year, a new trend has been begun development, a trend that could break the cycle electronic, dance songs, a trend circa 2008 which Korean Pop has been subjected to since.

In the year 2011, this trend can be traced back to Hyuna’s “Bubble Pop.” While the song progresses in traditional shape and form, Hyuna’s melodic vocals transform into clipped samples as an accompaniment of reverberant drum patterns and overwhelming bass lines dominates the melodic line. Clipped samples, reverberant drum patterns, and overwhelming bass lines are not traditional features of the electronic, dance genre of Korean Pop; rather, it is the defining features of another a genre, another genre originating in South London circa 1998—another genre known as dubstep. 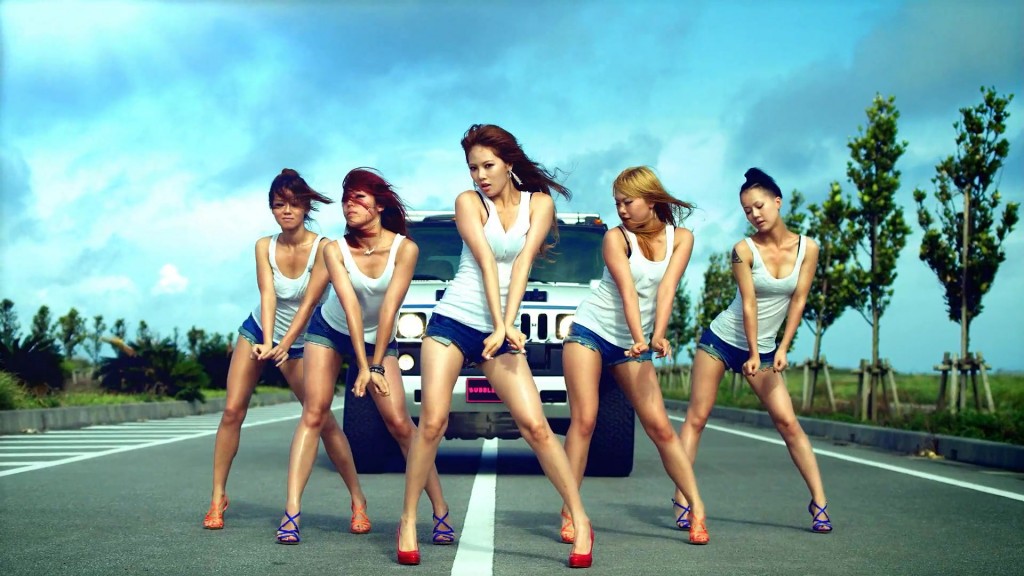 The appearance of dubstep in Hyuna’s “Bubble Pop” received mixed reactions. While some fans disliked it to the point of creating versions of the song and music video without the dubstep break, other fans rejoiced. Regardless of fan reaction to the inclusion of dubstep, “Bubble Pop” went on to receive multiple recognitions and accolades, with the dubstep section being a critical component of the song and thus, a critical component of its success. After Hyuna’s “Bubble Pop” however, dubstep returned to the likes of deadmau5, Skrillex, and Nero and stayed out of Korean Pop for most of 2011. But with the multiple Gayo Daejuns, which symbolize the celebration of the year that has passed and the year that is to come, dubstep returned. During the SBS Gayo Daejun, EXOPLANET’s Kai, SHINee’s Taemin, and Super Junior’s Eunhyuk held a special stage which featured dubstep music and the very name “dubstep” being repeated several times. And now, with the Wonder Girls’ teaser for “The DJ is Mine,” which also features dubstep, this could be a trend that is very well set for take off.

Regardless of dubstep’s polarizing effects, the very fact that it possesses some measure of receptivity and that it will, without a doubt, yield to some freshness (liked or disliked) that the genre requires at this given moment, the industry will soon employ dubstep in the very same way it has employed electronic dance. Electronic dance music possessed popularity and it was a fresh turn of events from the bubble gum pop that was inundating the industry from its inception. And so, knowing that there was a market for it and knowing that it was new and fresh, companies began using electronic sounds everywhere. Now, as we know, it is essentially monopolizing mainstream Korean music. The basic conditions are there — the reaction isn’t definite but it is possible, perhaps even probable.

For those of you who dislike dubstep, this could very well be the end of Korean Pop. This industry is defined by excess and exaggeration and so, any employment of dubstep will occur accordingly. It will be anywhere and everywhere. For those of you who do like dubstep, this could be a brand new beginning to Korean Pop. It will lend to the break in the repetitive cycle that has unfortunately marked the genre right now. But if it does catch on, which is definitely a possibility at this point, it will undoubtedly become the very thing it is meant to change. If dubstep is adopted, it will be adopted in order to maintain/increase popularity and to maintain/increase originality. But with the way this industry works, dubstep will become overused and there will no longer be anything that is either popular nor original about it over time.