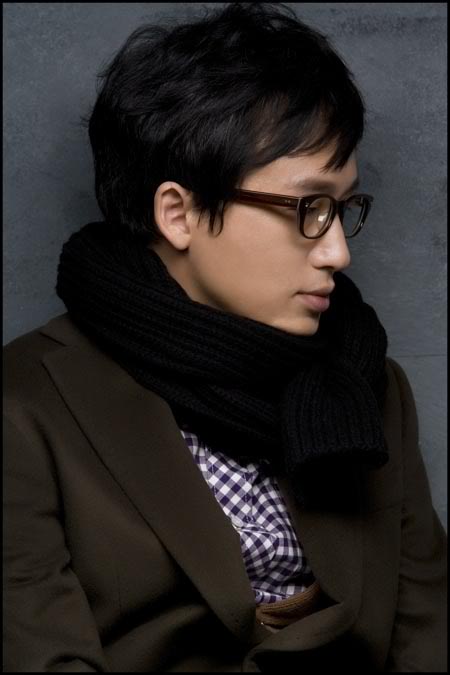 From a very young age, we know our calling, whether it be a scientist, musician, or a writer– it is something that at first is very clear, yet becomes buried beneath fear and the belief that certain things are impossibilities. The desire to paint, compose, or discover quietly hides within us until that moment of clarity when, like lighting, it hits us. For Jo Yoon Seok, this came as a blank space on a document handed to him at an airport on which he was to fill in his profession. After years as a successful academic in bioengineering, he realized that he no longer defined himself as a ‘student’ or ‘researcher’ but as a singer. This week’s Indie Gem is Lucid Fall.

Discovering his interest in music while still in middle school, Jo balanced between his studies and music until his 30’s. With the goal to enter famous music competitions for university students, he enrolled at Seoul National University majoring in Chemical Engineering (graduating in 1999).  In 1993, he won third place in the prestigious Yoo Jae-ha Music Competition–known for being a doorway to new opportunities for songwriters. Jo soon formed modern rock band Miseoni in 1997 in which he was lead vocalist and guitarist. He has described the year performing around the Hongik University area as the “best times of his life.”

After two albums (Drifting and Drifting Again 1.5), Miseoni disbanded in 2001 due to military enlistments and opportunities to study abroad. Jo released his first solo album entitled Lucid Fall in the same year. After growing weary of the music industry, he left for Sweden in 2002 in order to study at KTH Royal Institute of Technology but not before releasing the OST for Bus, Station which turned out to be more successful than the film itself. Jo spent the next seven years balancing between music and his academic career.

After receiving his Master’s Degree in 2004 from KTH Royal Institute of Technology, he returned to Korea and during his brief time there released his second solo album Oh, Love (2005).  The album was described as lyrical and simple, with soft melodies that inspired warmth from his listeners. The ninth track off the album, “Does It Show?,” feartured on the K-drama Coffee Prince as character Choi Han-seong’s ringtone.

Jo continued to focus on his academic career without putting music aside. In 2007, he received his doctorate in biotechnology from the Swiss Federal Institute of Technology in Switzerland and was given an award by the Swiss Chemical Society (2008) for his research on nanotechnology which was published in respected science journals. Within the same month, his third album Night at the Border was released in Korea. After gaining recognition in the science field and having his work being published, Jo “felt [he]…could leave after making some kind of achievement.”

In 2009, with the release of Les Miserables, he managed to succeed in Korea as a singer-songwriter as well. His album sold 10,000 copies within 3 days of its release and held the number one spot for weeks beating popular groups like KARA and 2PM. The lyrics and melodies of this album were signature to his previous work. The album was compared to a “well written essay” that flowed like “a gentle stream.” When asked about his lyrics, Jo stated his goal was to write lyrics “that were as good as poems” and focusing on lyrical content that would move the listener. The title song “Mackeral” touched his audience with its simplicity in shedding light on another side of  South Korea—the common people who aren’t as well off.  Also on his fourth album, “Les Miserables (Part 1)” and “Les Miserables (Part 2)” showcased more of his poetic style considering both songs fit like two halves and allude to the relationship between Cosette and Marius in Victor Hugo’s novel Les Miserables.

Lucid Fall recently released his fifth album entitled Beautiful Days, in December of 2011, which he composed during the summer while at home. While working on this album he read poetry by Misuzu Kaneko (a Japanese poet and singer-songwriter who lived until the 1930s) and was influenced by her work. Like Kaneko’s work, which features many themes about fishing and the sea, in his title song “Eobuga (A Fisherman’s Song)” Lucid Fall compares music to fish and he is the fisherman who has been “making a fishing net the whole night… [and] is very grateful that [he] could sing tonight after finishing the day safe and sound.” His album is diverse with musical genres spanning from jazz to flamenco and collaborations with pianist Kim Gwang-min, guitarist Lee Sang-soon and saxophonist Sohn Sung-jae.

Lucid Fall’s sound has been described as poetic, melodious, serene, and in my opinion, very intimate. The simplicity of his lyrics is powerful and moving while his melodies are warm and calming without being trite. When asked if he ever had doubts in choosing to pursue music, leaving a successful academic career behind him, Jo stated, “Regrets? Not even one…I am so clearly aware that the road was not for me to take.”

Although he’s been offered invitations to talk and comedy shows, Lucid Fall has no intentions on accepting them preferring stage performances and recording albums.