In the second edition of Indie Gem for 2020, we bring you the most beloved contemporary Jazz musician in South Korea, Kim Oki. Having just won Musician of the Year at the 17th annual Korean Music Awards, Kim Oki has become the most important jazz musician within Korea. Upon hearing Kim Oki’s music for the first time, one knows that his is an amalgamation of genres, spinning siblings of popular sounds such as hip-hop and R&B with genres as niche as avant-garde and jazz. It is Oki’s garment hands weaving these genres together, making his sound a nostalgic tale told of the future.

Little is known of Kim Oki officially. Having made his start as a B-boy he transitioned to performing as a saxophonist in the late 2000s performing with a jazz group known as SMFM, led by percussionist Park Jae-chun. It was only in 2013 that he released Cherubim’s Wrath through his independent label ILIL Sound.

The record was based on the novel “The Ball Shot By A Midget” written by Joe Sae-hee, which dealt directly with social issues in the 70s, such as redevelopment and social stratification. Cherubim’s Wrath feels like a sonic interpretation of those issues, shaking in its urgency and going on to win the “Best Jazz and Crossover Performance” in the annual Korean Music Awards of 2014.

From there Kim Oki spiraled into a quiet maestro, not only in jazz but rock and hip-hop too. Kim Oki went on to win “Best Rock Song” with Lowdown 30’s “Hotter” in 2016‘s annual Korean Music Awards, while also being featured on underground Hip-hop artist Horim‘s “Movin”. Kim Oki then went on to create his seminal album Spirit Advance Unit in 2019 which featured Woo. Now skip to the next paragraph if you can guess what came next: Kim Oki’s Spirit Advance Unit won “Best Jazz Album” at the 17th annual Korean Music Awards!

Spirit Advance Unit is a marvel of jazz not only within Korea but the world. Kim Oki’s balancing of worlds of sound is what makes him so very gifted and lauded by critics. If “I’m Not Korean” is a marriage of poetry and minimalism, the aforementioned “Stuff to Overcome” featuring Woo, a jazz odyssey meeting experimental hip-hop.

The result is a world somewhere in between BBNG, The Comet Is Coming and Sons of Kemet. That is to say, a record which burns in jazz but lives within a modern-day story. Hippy was Gipsy is also attached to this release, a fitting pairing considering the two artists are the most well known within the realm of the Korean-jazz community.

There even exists a Spirit Advance Unit Remix I and as the name suggests, it is a remixing of the most popular tracks on the record. Those who search will find a Jjangyou feature on the remix of “You Know What”, making the remix record as essential as any of Kim Oki’s other releases.

2020 has been just as fruitful as the year before. Kim Oki released his full-length album For My Angel in January and Yun Hyong-keun in September. The former features Samuel Seo in its title track “Story” while Yun Hyong-keun was a record crafted in honor of the Korean monochrome artist, Yun Hyong-keun.

His latest album, therefore, sees monochrome meeting jazz. A new layer added to the formula of Kim Oki, each string pensive in its sound, every note a declaration of inspiration. Again, we also see Kim Oki playing with the past, Yun Hyong-keun having died in 2007 his prominence in the late 1970’s changed the concepts of form and color in Korean art.

It is a marriage of two masters, a moment worth exploring much like most of Kim Oki’s discography. He is slowly building himself into an artist such as Ryuichi Sakamoto with music unaffected by time. Jazz has slowly re-emerged in the musical consciousness of the world, its roots now attached to Hip-hop with many rappers, both in Korea and abroad choosing jazz as their primary soundscape.

Due to this, Kim Oki has become a source of inspiration and collaboration for any musician or listener willing to look: from his statement of sound usually carried on a saxophone, expanding to bass clarinet and tambourine, to his winning of “Musician of the Year” breaking the two-year streak of BTS! It’s a silent statement of faith in Kim Oki and all he has come to represent for jazz for Korea. If you cannot understand the power of jazz beating out South Korea’s most famous idol group ever, it’s as if Miles Davis went head to head with Micheal Jackson, what a moment for Korean music as a whole.

If you’re looking out for Kim Oki in 2020, see him in Woo’s MV for “Used To” or follow the sounds of any jazz that linger on Korean streets, they are bond to inevitably lead to Kim Oki. The sound of Kim Oki is likely to be sampled in your favorite hip-hop artist 10 years from now. Such is the place for brilliant music and indie gems rediscovered years later and then with a tint of jazz glued together by hip-hop production and adorned by the masses. 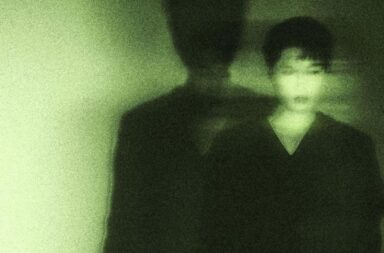