Your OTP Is Not Real: Why Idol "Shipping" Has No Place In K-pop 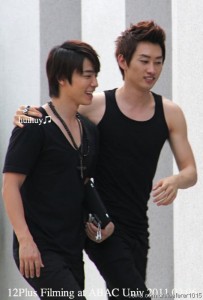 It can be argued that the phenomenon of “shipping” — the fan-devised romantic pairing of one or more people or characters — is prevalent in any fandom culture, but it wasn’t until I entered K-pop that I realized the intensity and devotion with which some of these so-called “shippers” dedicate themselves to their favorite pairings. One would think that there would be some sort of stigma behind the fantasy-driven pairings between real-life people (as opposed to fictional characters in books and movies), but that clearly doesn’t stop many shippers from stanning their “OTPs” (“one true pairings”) to the death.

Shipping is a big part of K-pop fan culture, and its devotees run the gamut of casual shippers who merely think that bromance between their preferred OTP is just cute, to hardcore fans who genuinely believe that their OTP is real and will fervently argue against anyone else who thinks otherwise. Speaking objectively, shipping is a very strange phenomenon: why do fans take such extreme pleasure in obsessing over the interactions of two people and fantasizing over their possible romantic involvement? There have been multiple theories that attempt to explain this phenomenon, and many people have concluded that the reasoning behind the popularity in “shipping” is that it’s the manifestation of many fangirls’ personal romantic fantasies and a side effect of possible deprivation from real-life interaction with people of the opposite gender. Another popular argument explaining the popularity of male-male shipping is the female fascination with “bromance” and the idea of guys acting affectionately with other guys. This, then, launches into a whole pile of psychological theory that I’m nowhere near qualified to discuss, so we’ll just leave that at that.

Another point of controversy involving same-gender shipping within the K-pop fandom is the inherent contradiction between widespread homophobia within Korean society and the inherent pro-gay nature of same-gender shipping. The often-asked question is, “Why are Korean fans so accepting of shipping their favorite K-pop stars, but are so repulsed at the idea of homosexuals in real life?” Once again, this brings in a larger argument about the division between fantasy and reality within K-pop culture as well as the problem of homophobia within Korean popular culture, and is likely a discussion for another time. 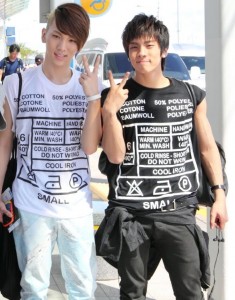 But upon my observations of “shipping culture” within K-pop, I’ve come to believe that shipping — whether it’s between a gay or straight couple; whether it’s manifested as simple ‘bromance’ or an explicit sexual relationship — is a potentially harmful activity to both the fans and the idols in question alike. In regards to the fans, I believe that the idea of romantic fantasy in K-pop as a whole has the potentially detrimental effect of skewing the romantic views of its fangirls, and shipping culture plays a big part in this. Maybe it’s because I’ve never been a so-called “shipper” myself and have never been fully engulfed in the culture, but I don’t really see any deeper benefits in shipping apart from the momentary pleasure drawn from romantic fantasy…and that doesn’t sound like a very healthy way of thinking to me.

What many fans seem to forget, though, is that Eunhyuk and Donghae are real people who are entitled to define their own relationship for themselves. To put it bluntly, I think it’s kind of horrible that Eunhyuk and Donghae can’t have a normal friendship without awkwardly knowing that thousands of fans throughout the globe think that they’re screwing each other every night. Considering the hectic and chaotic celebrity environment in which they work and live, K-pop stars already have a hard enough time forming healthy relationships with other people. The mere existence of shipping culture only serves to further distort these relationships. And it certainly doesn’t help that fans take some sort of sick pleasure in shoving their preferred OTPs in the faces of their idols, regardless of the appropriateness of the situation. (YunJae fans post-DBSK breakup, anyone?) 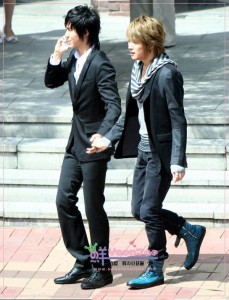 The reason why I’m coming down so hard on shipping culture is because it’s a lot more harmful than what most fans seem to think. Imagine if your friends were constantly and unrelentingly pushing you to go out with one of your other friends, even though you have absolutely no feelings for that friend. Imagine if the friends of the friend in question were doing the same thing. What would become of the relationship between the two of you?  Granted, there’s a slim chance that this pressure might help the two of you realize that you are actually soulmates and you end up getting married and living happily ever after together. But more oftentimes than not, the pressure from these friends will effectively ruin your relationship. Multiply those “friends” by a million and throw in the romantically skewed nature of the entertainment industry, and you’ve got shipping culture defined to a T. I’m not one to speak on behalf of every K-pop artist who’s ever been “shipped,” but there’s got to be some harm done when a friendship between two people is being forcibly manipulated and skewed by magnanimous outside forces for the sake of fulfilling a fan’s fantasy.

Granted, the institution of shipping forms the base of K-pop fanfic culture, which has produced many beautiful works of writing and serves as a creative outlet for many fans. But it comes at a hidden price. Ultimately, shipping becomes a selfish and self-indulgent activity when real people with real feelings are the ones being manipulated for the sake of entertainment and fantasy. Shipping culture in K-pop has become so mainstream that it’s actually become a sellable commodity — the All About DBSK DVD sets have an entire disk dedicated to the various pairings within DBSK — and that’s an indication that things have already gotten way too far. Of course, shipping isn’t necessarily the worst thing that’s ever happened to K-pop, and it could be argued that “shipping” is merely another form of objectification inflicted upon K-pop idols.  But the fact that very little seem to realize its potentially damaging effects makes it an extremely dangerous phenomenon in it of itself.