The Best Song You May Have Never Heard 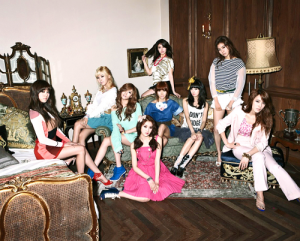 They exist on all of you favorite K-pop albums.  Those one, two, three songs or more that were deemed by the entertainment companies good enough to be on the album, but not good enough to be released to fanfare, promoted, or even performed much.  But were these Korean entertainment companies right in their decision as to which new song from your favorite artist would be a hit?  In some cases, I think not.

I find that a lot of these ‘unappreciated’ songs on an album are among some of my favorites and often wonder why they weren’t chosen to be a title track.  I’m not a huge Super Junior fan, but I do like some of their songs.  And I’m sure I, like many other non-elfs, bought SuJu’s Sorry, Sorry album just because of how great the song itself was.  I was surprised to find that many of the other songs were also quite good, my fave being the song “Monster” which I have never seen performed on shows or heard much else of.  It could be that this song wasn’t widely promoted because it was a remake of  the song “Just Like That” by German girl group Monrose, but this remake was even better than the original in my opinion.

Another of my favorite unappreciated songs is After School‘s “When I Fall.”  It’s a beautiful love ballad and the girls sound great on it.  I think there was ever only one performance on the music shows of the song, which is really a shame.  I personally think that “When I Fall” is a better song than “Because of You” and wonder why one song was chosen over the other.

Unless you’re a die-hard fan of the group or happened to buy the whole album, you might never have heard of these songs and that would have been a shame.  Here are a few other of my favorite unreleased, not promoted, and hardly performed songs.

We’ve seen this phenomenon of the ‘popular’ unpromoted song recently with the comebacks of Big Bang and BEAST.  When Big Bang was making their huge comeback after two years at the beginning of this year, the song being mentioned by everyone wasn’t the title track “Tonight,” it was the smexy R&B ballad “Cafe.”  If it weren’t for the big comeback specials that Big Bang were doing for their promotions in which they performed all the songs on the album, the average K-pop fan might never have heard this awesome song.

As for BEAST, before they released their full length album Fiction they released a digital single for the song “On Rainy Days” as a lead-in promotion for the full length album.  Little did they know that fans would so love the song that it not only hit the top of the charts in sales, it won them first place on the May 27th episode of Music Bank instead of the heavily promoted title track “Fiction.”

A lot of these songs tend to be the slow songs off the album and that could be a main factor why it wasn’t picked for promotions.  Slow songs are harder to perform to with an impact and although K-pop loves its slow love ballads, it tends to love its dance tracks more.  What are some of your favorite unreleased and unappreciated songs?