After the success of this summer’s “Roly Poly”, the girls of T-ara are taking the mini-drama MV concept one step further with the recent release of the first part of “Cry Cry”.

Where “Roly Poly” is full of colorful, disco-dancing fun, “Cry Cry” is on the opposite end of the spectrum.  The angsty, drama-filled plot shows Jiyeon as a fiesty bounty hunter, partnered with the stellar Cha Seung Won and Hyomin has a bit role as a pick-pocket.  Eunjung and Qri will show up in the second part of the release that coincides with the “Lovey Dovey”single to be released in the coming weeks.  The group has been teasing for a month with photos from the shoot that feature the four members as tough, gun-toting girls with killer wardrobes.  Qri and Jiyeon both sport shaggy bobs that give them an edgier feel from their usual long locks. The styles not only fit the concept perfectly, but actually suit the ladies quite nicely.  Their outfits both have pops of red to add contrast to the dark palettes.  While Qri’s look is a little 90’s grunge with the flannel tied around her waist, Jiyeon’s is more biker-chic in her tight leather pants and jacket.  Eunjung’s wavy ‘do and leather jacket look great, but poor Hyomin really loses out in the fashion department for her character.  As a petty thief, she is very nondescript in her over-sized jacket and ball cap look. 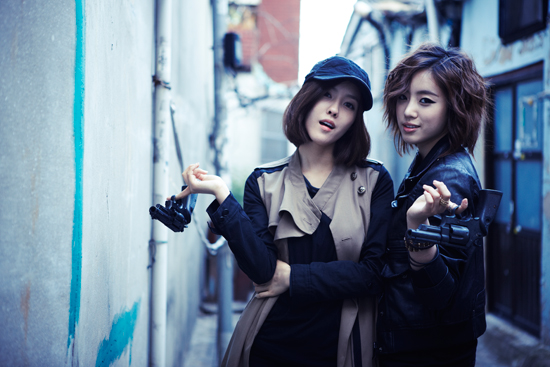 Even though only half of the members of T-ara actually appear in the mini-drama, the other girls aren’t being completely left out.  With the release of the “Black Eyes” album and the dance version of “Cry Cry” we see all of them in styles befitting this dark, gritty concept. In one of the group photos from the album jacket, the group is seen in a hazy, dirty industrial set and there is plenty of vinyl to go around. Soyeon is wearing a two-tone dress cinched at the waist with a studded belt that gives a feminine touch to the overall style without seeming out of place like Qri’s billowy skirt.  Hwayoung’s bodysuit ensemble would be much better if it was not so ill-fitting on the slim rapper.  The awkward bunching around the hips is eye-catching, but not in a good way. 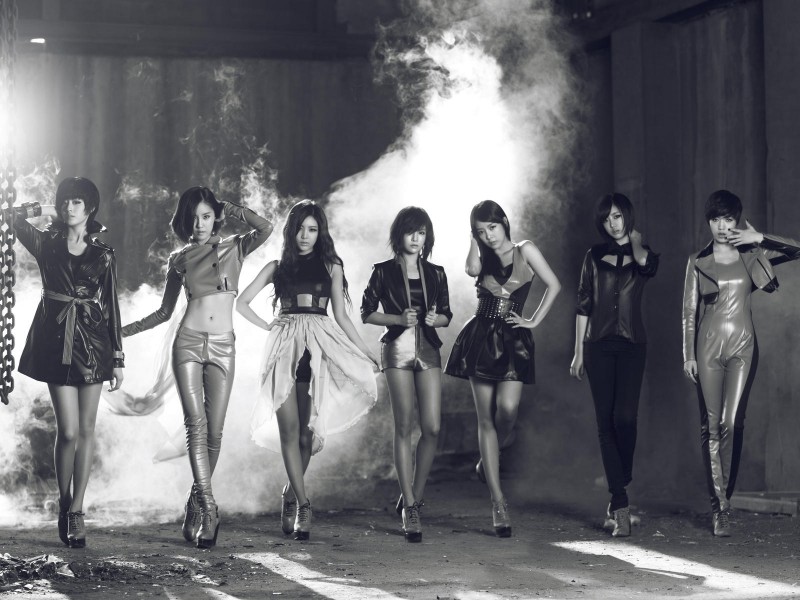 For the dance version of the MV, T-ara shows off one more dark look, with all the members donning matching black jackets and a variety of looks made up of leather and lace.  Boram’s look is simple, yet flattering for the petite singer; the midriff-baring top breaks up the black, visually elongating her without looking trashy.  Hyomin, however, could stand to have an inch or two added to her skirt.  Jiyeon has a good mix of the two, with her shorts being toned down by black nylons, as well as her top having a less dramatic crop.  Eunjung’s top features a cute shirt collar accent, but her hairstyle is slicked back and tucked behind her ear on one side which gives her an uneven–almost masculine–look. 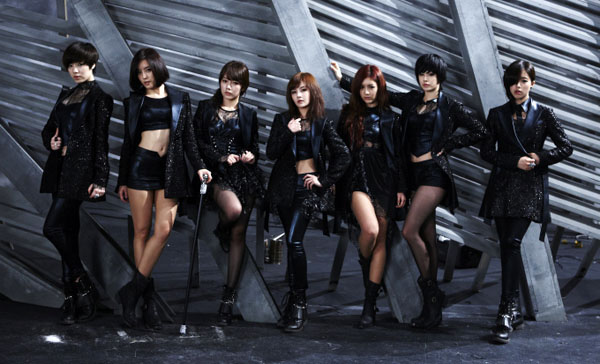 What is your favorite look from T-ara’s new comeback?  Are you anticipating the release of the second part of the drama?