Yes, here it is, finally. The review for Tablo‘s latest release, Fever’s End. It has been released to much fanfare and rave reviews amongst the international community. Did it live up to the hype? We’ll see. 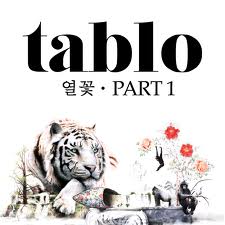 Track One: “Home (feat. Lee Sora)”-An interesting way to kick off an album, to say the least. Most artists will resort to something very rah-rah fist pumping or energy building to reel in the listener early. Failing that, it tends to be epic movie style build-up music. Instead, Tablo opts for something low-key and quietly emotional. The lyrics are clearly descriptive of his recent experiences with the media and the netizens, and as poetic as ever. The standout on this track, though, is not Tablo, but Lee Sora. Her voice, is quite frankly, one of the most beautiful voices I have ever heard, and really pulls the strings and symphonics in the music together. Lee Sora, you have just earned an ardent admirer.

Track Two: “Bad (feat Jinsil)”-The first fourty seconds are utter, angry perfection. Post-fourty second mark, it devolves into standard Tablo fare, with nothing much to differentiate from the rest of the album. It’s certainly not a bad song, but I think it’s an example of when the vocals don’t quite mesh with the rest of the song. Nonetheless, it’s a good effort.

Track Three: “Airbag (feat. Naul)“-The lead single on the album, and probably my least favorite off of it. I really can’t put my finger on it, can’t tell if it’s the flow or the beat or the vocals. Something just doesn’t quite gel. The musing on loneliness is quite beautiful, though.

Track Four: “The Tide(Scratch by JD Frizz)”- Conversely, this is one of those songs that just works. The atmosphere of it is evocative, and beautiful. The piano line midway through is another stand out. All in all, a solid track.

Track Five: “Try (feat. Bumkey)“- Quite a fitting wrap up for the first part of the release. Deeply personal, mellow, and emotional, it’s a fairly good sum-up of the identity of the release as a whole. The voice of Tablo’s child at the end was a particular inspired touch, elevating what might otherwise have been a rank-and-file track.

This far in, it’s quite clear that there’s been a shift in Tablo’s usual focus. It’s moved from the macro to the micro. By that, I mean that his focus in songwriting has shifted from his issues with society as a whole, to his own issues, period. Not that he hasn’t always been a highly emotional guy, it’s just quite noticible that this time, the album is his. 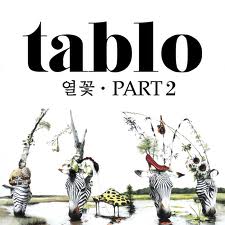 Track One: “Tomorrow (feat. Taeyang)“- This is a song more in the traditional mainstream mode, and that isn’t necessarily because of Taeyang being featured on it. In fact, Taeyang might well have been chosen to do the vocals in this one as a result of the overall sound. His voice works quite well with it, and is effective particularly in the opening.

Track Two: “Trace (Scratch by DJ Tukutz)”- Ah, remember what I said about heavy hitting openings? That’s what this track is probably a pretty good example of, had it been placed in the beginning. This is probably one of the songs that I like better on this album. The bitterness is palpable, and the beat does well to underscore the underlying anger. The commentary in the track is also much appreciated.

Track Three: “Dear TV”- Perfection. Perhaps there’s a bit of bias here, because English is the language I use the most and this track happens to be in English, but I think that Tablo shines the most in his English tracks. Furthermore, the feel of this whole thing is different, and differentiates itself drastically from the rest of the album, in content as well as sound.

Track Four: “Thank You for Breathing (feat. Yankee+Bong Tae Gyu)“-In an album all about depression, isolation, and anger, this hopeful track rolls in like a breath of fresh air. It’s the anthem of the album, one could say. The acoustics are a lovely touch.

Track Five: “Expired”-Well, you can’t expect such a heavy album to close on anything less than an heavy note, can you? It’s a very personal musing on fear, and probably something that anyone fast hitting their peak in life could identify it. A fitting wrap-up.

I’d imagine that there’s plenting of you out there just waiting to yell, “HAH, take that, you judgemental hag! Eat your words, eat ’em!” And I’d also imagine that others would view it as backpedalling, after my not-so-kind take on Tablo signing with YG Entertainment. Yes, this was a solid release. But I still stand by every word that I said about Tablo. Perhaps I didn’t take enough pains to make this point, but I never doubted that Tablo would release good music. It’s what he does. I took issue not with his music, but with his ethics, and obvious backpedalling on issues that he used to trumpet. Notice in this album, nary a peep about the pride in independence, and a definite softpedalling in raging against the man that used to fill up much of his previous work? Perhaps it’s a result of maturation, or his recent ordeal, but it still smacks of hypocrisy. Tablo may be gifted in music and words, but he is not a god, and not exempt from criticism in the arena of social critique, which always featured heavily in his music. You can appreciate the music, and not necessarily appreciate the  thought behind it. I have sympathy for the trouble he’s been through, but I think criticism of his lyrical content is justified, given that he always made such a  big issue of his personal beliefs.

In sum, I enjoyed the album, but my thoughts on the move to YG Entertainment have not changed. What did you think of Fever’s End? Did it live up to your expectations?