It’s that time of year again, when the days get shorter and colder.  The best defense for frigid temperatures is down, also known as puffy jackets.  This year all of the hottest idols are out to prove that there is no need to sacrifice fashion in the winter by showing off the versatility of this winter wear staple.  Lets have a look!

Modeling for the new winter line for SPAO, two-thirds of SNSD are seen in a rainbow of puffy coats.  When paired with skinny jeans, the simple look is anything but frumpy.  Yuri & Sunny’s knit hats add a cute charm to complete the ensemble. 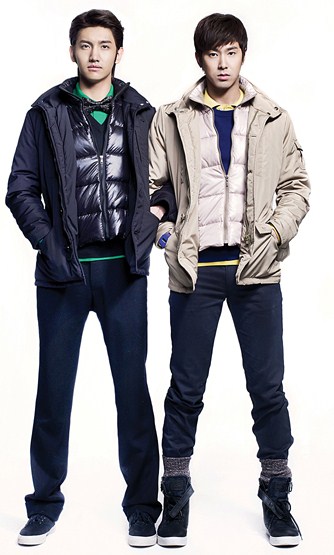 While it is definitely too cold for a tennis match at the country club, Changmin & Yunho look like they would fit in with that crowd perfectly.  In a multitude of Lacoste layers that include puffy vests, DBSK look like members of society’s elite.  Yunho’s rumpled pants and undone sneakers give him a rebellious edge in comparison to Changmin’s straight-laced version. 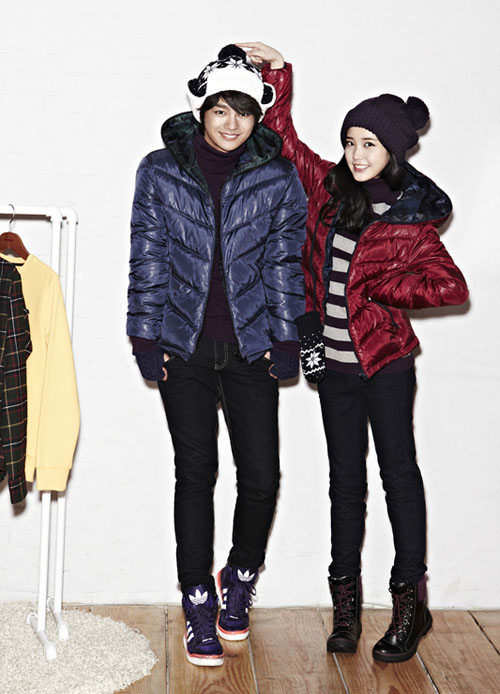 When it is cold outside, what is better than snuggling up with the one you love?  Snuggling up in perfectly matching puffy jackets, of course!  Seo In-guk & IU look like a lovely pair in a recent shoot for Unionbay, from their dark-wash denims to their shiny, coordinated coats. 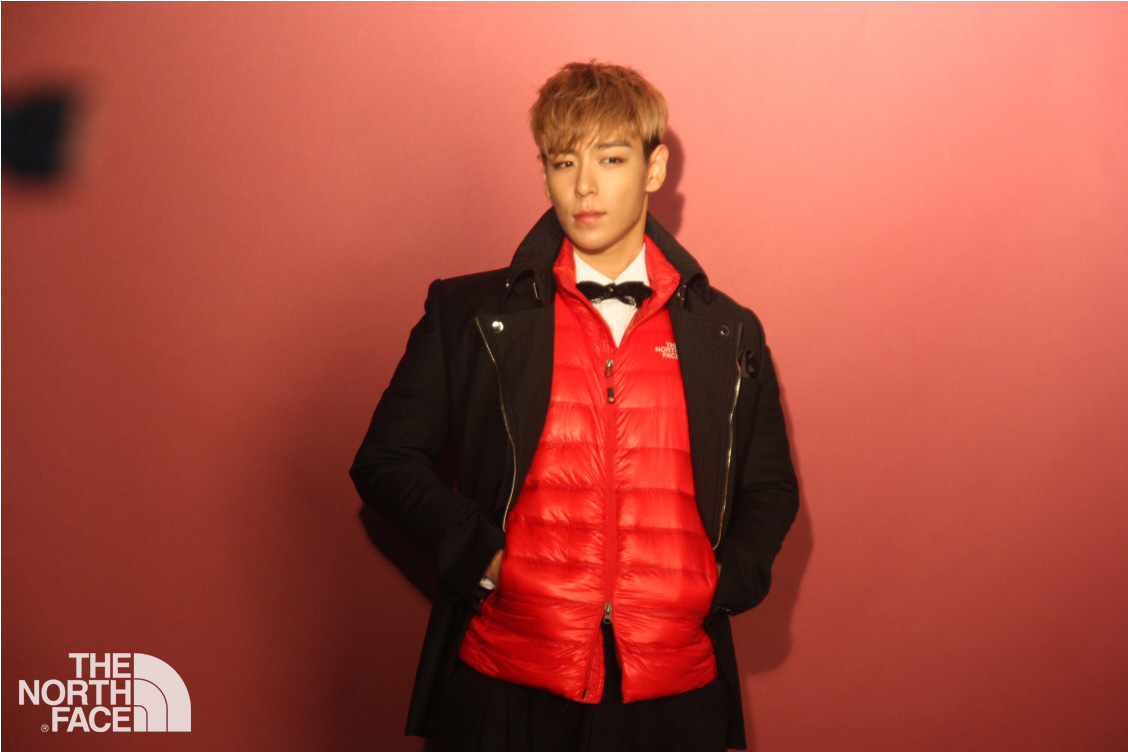 Just because you are attending a black-tie event, it doesn’t mean you should freeze on the red carpet. T.O.P. illustrates a perfect compromise, keep the tie and add a down vest.  The classic black and red formal look gets a much needed needed winter makeover in a recent Big Bang spread for The North Face.  Which stars do you think will sport this look at all of the upcoming year-end award shows? 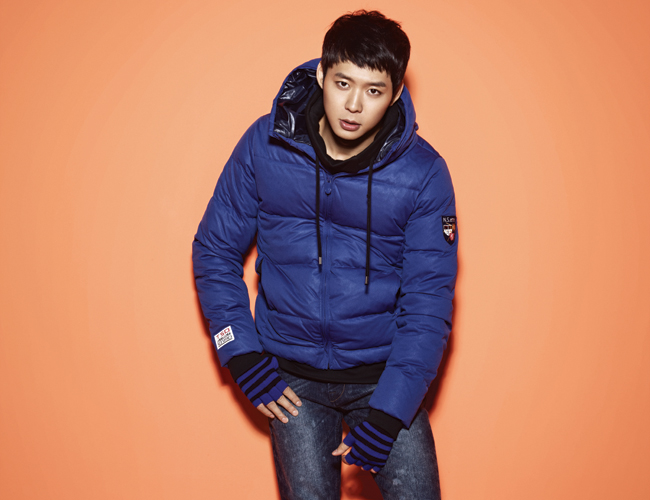 Fingerless gloves…check!  Bleach-splattered skinny jeans…check!  Puffy jacket…check!  Yoochun wears this trendy trifecta in JYJ’s winter catalogue for NII.  The only thing that could make this complete would be if his hair had been styled in a faux hawk. 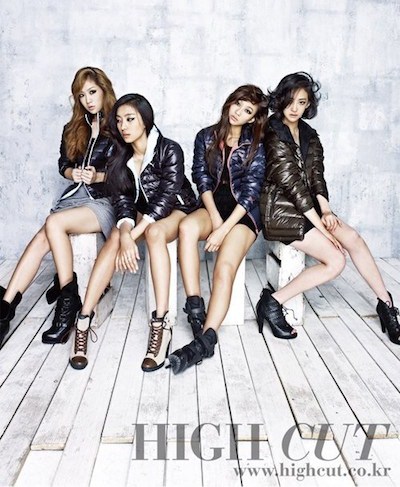 Who would have thought that feathers could be described as such?  But the lovely ladies of Sistar made it happen in pictorial from High Cut that had the singers don down coats from Puma and high-heeled boots with nearly “bottomless fashion” that accentuated their bare legs.  The complete opposite of SNSD’s “cute” puffy can only be called sexy. 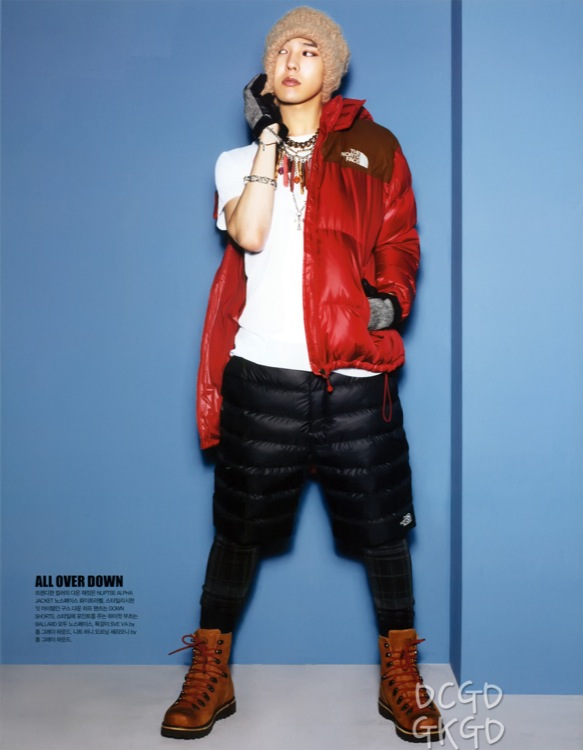 Leave it to Big Bang’s resident fashionista, G-Dragon to take the puffy look to the next level.  Not only did he rock the puffy jacket, but he went one step further and wore puffy pants as well!  Always one to go against the norm, he wears perplexing down shorts.  This garment would be horribly uncomfortable in warm weather and pretty much useless in cold weather.  Toss a pair of plaid leggings underneath and he’s ready to go.

Who had the best puffy fashion the season?  Are you dying for a pair of shorts like G-Dragon’s, or would you rather play it safe along with SNSD?