Somewhere out there, fans of 4minute‘s HyunA and B2ST‘s Hyunseung alike are sobbing into their handkerchiefs, dreading their precious bias being paired off with someone of the opposite gender. Oh, the horror! People might even start shipping them! At the same time, crazy Cube Entertainment supporters are crowing with delight at  “family love”, this time in the form of co-ed unit Trouble Maker, to be comprised of HyunA and Hyunseung. 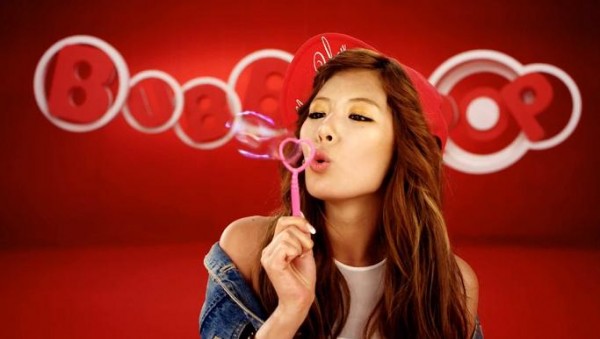 According to Cube, their first release will be a mini-album including both a dance track and a ballad, to be put out December 1. A dance track?  I have faith in Cube production house, and I’m pretty sure they’ll churn out another catchy song with a crunchy beat to party to for about a month or so until the release, like every other K-pop hit, makes the quiet transition to the figurative musical garbage heap. More worrisome is the idea of these two trying to put out a ballad. Hyunseung is a pretty decent singer, and I fully expect him to hold his own, but HyunA, she’s a bit of a cause for concern. Her voice is rather thin and shaky, made even more unpleasant on the ears by the higher registers she forces it into. Perhaps autotune and studio magic will transform her voice into something ballad-ready, but I hope to God that they don’t perform it live. The girl could barely handle singing “Bubble Pop”  or “Change” live.

What does the jacket photo tell us about what we can expect from these two? Judging by the club setting, something provocative. Provocative is what HyunA does best, after all, so it’s not really a surprise that Cube would revert to that. It looks kind of like a New Year’s Eve party, actually, so perhaps it’s to be the song of the holiday season, like “Bubble Pop” was something of the song of the summer? In any case, the styling looks promising. HyunA’s makeup looks really good, dark lipstick and all. The stylists, bless their hearts, managed to resist going overboard with the eye makeup on both Hyunseung and HyunA, to which I can only tip my hat and wish that 2NE1‘s stylists would take a cue from them. Hyunseung’s got some tacky bling and an ugly shirt going on, but the slick suit jacket and nice hair more than make up for it. 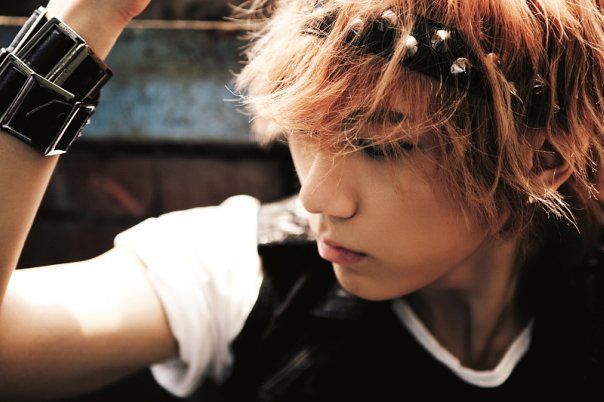 The damper on my excitement about this whole affair, though, is really a single question: what on earth ever happened to the rest of 4minute? No, contrary to popular belief, they are not HyunA’s backup dancers. They’re the other four members of the group, some of whom have nice voices and decent dance moves and deserve an opportunity for a little spotlight. Will they ever get that opportunity? Fat chance, now that Cube has figured out that HyunA is the most marketable of the five. She’s already gotten two very successful solo releases, and now is about to get even more opportunity to strut her stuff on stage, unimpeded by four other girls, now that Cube has put her into a little co-ed unit. I don’t see why Jiyoon couldn’t have done this gig. She’s a competent performer, and has both sex appeal and attitude in spades. Additionally, I think that she and Hyunseung would have a more interesting stage dynamic together. It’s not like the unit is guaranteed to flop with a member less popular than HyunA. Just look at the precedent set by Ji Eun of Secret, with her solo “Going Crazy.” Her company wasn’t expecting much out of it. In fact, they were projecting losses, but went through with the solo venture. And guess what? Because she put out a quality single, it dominated the charts.

In sum, I like HyunA, but am a tad disappointed that Cube went such a predictable route by choosing her for this slot, especially after shaking things up a bit by picking Hyunseung out of B2ST, rather than Junhyung, who might have been the easier choice. What do you think about Trouble Maker? Was HyunA the wisest choice for this venture?