And the Miss Seoulbeats crown goes to...

…Min Sun-ye of the Wonder Girls! After a month of voting, Sun-ye has earned her crown as Miss Seoulbeats. 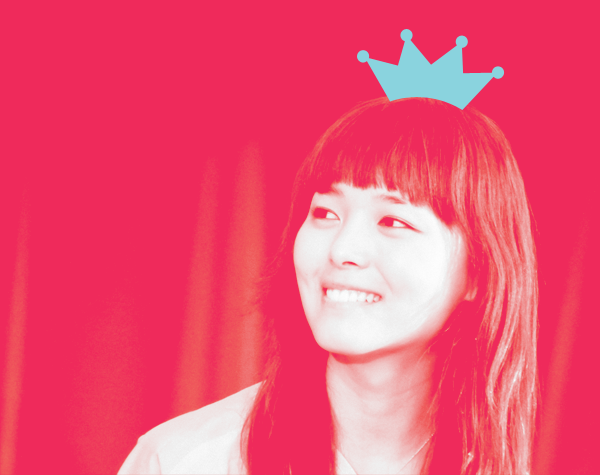 It’s in agreement that Sunye is talented, has a marketable image, a great personality — all in all, she’s got the whole package for an idol.

Another project is over, and another reflection:

Something I remarked in an earlier round, and something the Seoulbeats staff discussed on a recent podcast is the kind of work that goes into polling. Polls are obviously a great way to gauge what is “in” in the mainstream, and even moreso in the world of K-pop. What’s considered “in” in K-pop varies constantly, and at an alarmingly fast rate at that. Some people have a certain staying power in polls, no matter what polls they take part in, and this speaks to two things: the artist him/herself, and their fans. This goes without saying, but as is thoroughly discussed, K-pop fans are a special species of people on earth, and polls are a good reflection of the particularities of Korean pop fans.

Not that our poll can be a completely accurate reflection of K-pop fans as a whole, but after keeping tabs on so many rounds of polling, there are many observations to make about online culture, online fan culture, and online K-pop culture.

Congratulations again to Sun-ye and look forward to a special project to end the year next week!