The Unfortunate Reality of HoMin, aka DBSK 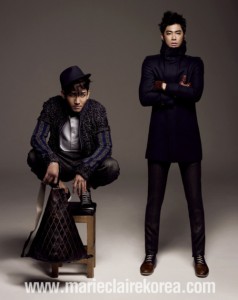 When the seams holding DBSK together finally burst open in the summer of 2009 and the subsequent SM-JYJ lawsuit tore the hearts of the millions of fans across the globe, many of us were at odd with ourselves: where do we go from here, whose side are we on? I doubt no one wanted to witness such a tragic end to such a talented group of young men, but such is the fate of many in the ruthless industry of K-pop. And now we have HoMin and JYJ on our hands.

Jaejoong, Yoochun, and Junsu didn’t even wait for the dust to settle to begin toying with their new freedom, cranked out a ‘music essay’ which was a bundle of songs that were, in my opinion, well versed and harmonious rants about the aftermath of their fall out. Then, this past spring and summer, JYJ departed on a world tour to perform their music after being banned as a group on three of Korea’s major broadcast networks.  Upon returning to the homeland, each of the three members have been engaged in various projects to stay in the spotlight: Junsu was part of a musical, and Yoochun and Jaejoong acted in dramas. Yet, despite all they do, these kids just can’t get a break-they’ve yet to reach a mainstream stage or music show. They’ve faced serious setbacks in pursuing their own careers, but not even the wrath of the great SM Entertainment seems to be slowing them down.

On the flipside, Yunho and Changmin of DBSK are seemingly getting on with their lives. But are they really? With the endless buzz about JYJ this and JYJ that sprinkled with Jaejoong’s avid and thoroughly emotional tweeting, it seems like we are all very much aware of what JYJ is doing and where they’re going despite their absence on major stages. But HoMin seems to stuck in the rut of their normal routine – jet-setting between Japan and Korea, and occasionally making appearances on the small screen via CF’s and now drama. They’re doing the same things every idol group does. For some reason, I always dubbed DBSK as the super-group, capable of anything and everything all at the same time. But now here we are with two mega stars being churned into mediocre idols.

It’s no secret that Yunho and Changmin were not the main vocalists, so venturing out on their own warrants some room for the experimentation of their new sound. But disregarding vocals, the new DBSK as a whole has a questionable image-lately I’ve just seen a lot of leather and poorly handled outfits, and their latest Japanese promotions was a total miss. And other than the usual, HoMin hasn’t really been making much a statement. They’ve doing what they’ve always done, and I think that is and will be their greatest mistake. Both Yunho and Changmin are stunningly handsome and talented young men, but they haven’t come forth with much ingenuity, or at least not enough to rival the competition brought by other, newer groups and even by JYJ. Thus, they slowly seem to be fading into the background as their music stays the same and even unimpressive, and as other idols crowd the pop scene, especially the other SM babies.

With both good and bad press being circulated about JYJ, its press all the same, and JYJ is rising to significant prominence either way. Unfortunately, I dont know if the same thing can be said about their DBSK counterparts. It seems almost as if Yunho and Changmin are stuck in the cogs of the music industry just waiting to be churched out as age and military duties come around. Honestly, they lack the musical and contractual freedom to do much else except for singing and acting, which I guess is the consequence staying with SM Entertainment. 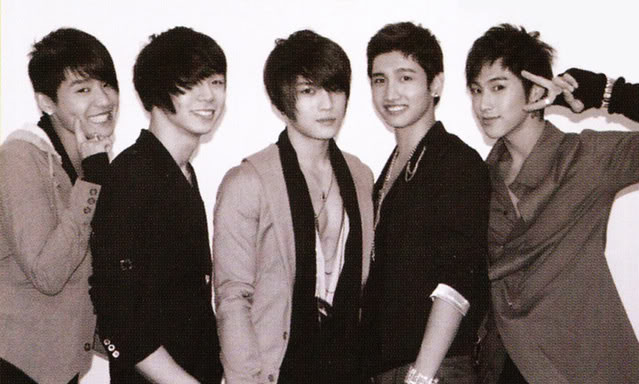 All five original DBSK members encountered struggles when the group split apart. It’s hard to say whether it had been clear which half would come out on top of it all, but I’m sure a couple months back, as JYJ was being continuously denied rights to perform and public appearances, we all thought HoMin would triumph and continue to reign supreme. Today though, the HoMin DBSK seems to be losing artistic roots in desperate attempts to stay mainstream.

As JYJ continues to pursue their own musical experiments and defy industry norms, perhaps it is Yunho and Changmin who will be remembered not for their attempts to keep the faith alive, but rather for being the paling and weathered remnants of what was once considered one of the greatest kpop groups of our time.