The Queen is Back (Tasha): Idols Take Note

With the decline of musical quality coming from the K-pop scene these days, it’s good to know that there is still a bright light shining in the form of hip-hop queen Yoon Mi Rae (Tasha). Though traditional pop reigns in terms of popularity, Korean hip-hop takes no backseat in terms of quality. In fact, the less popularized genres of Korean music usually are the most genuinely artistic. But what does that say about society? 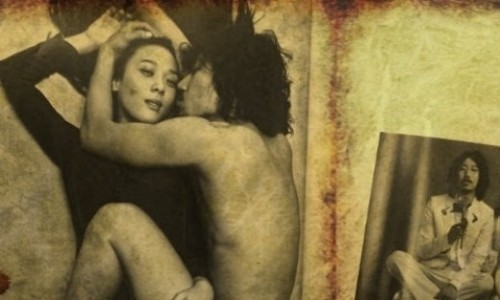 In the K-pop realm, Tasha is the epitome of true hip-hop. She stands for something more than posers vying for a paycheck and fame. When she raps she brings emotion to every line as well as a sense of understanding. She doesn’t just read lyrics off of a paper that was handed to her like a robot, but she writes her own music. This way she is able to express her own feelings rather than just expressing the thoughts of others.

I have been highly anticipating her comeback because I know that she will always bring quality and there is definitely no exception this time. Tasha came back with her title song “Get It In” and if there was ever a doubt in anyone’s head about who the real queen is, it’s been squashed. She came hard. Sorry to say this SNSD but this is how you “get it in.”


This song gave me chills! Can we all agree that Tasha is the baddest female in hip-hop period? And she came with the most badass video this year hands down! Swag! That’s all you have to say when a conversation about her comes up.
Friend: So what’d you think about Tasha’s new song?
Me: Swag
Friend: What about her video?
Me: Swag
Friend: True dat! (Jay Park’s voice)

Like Ree said in her previous article on the necessity of rappers, most idol groups tend to make a mockery out of the true craftsmanship that is rap music. Rap music doesn’t only deal with sex, drugs, and big booty hoes. Good rap deals with the bigger issues that plague society like corruption in legal systems, societal pressures, and everyday struggles. But of course rappers who speak out or about these issues often get swept under the rug. They almost always fall into obscurity because many times less talented or more commercial rappers block their limelight.
Case in point: most idol group rappers. With the exception of Miryo and Tasha in this video, all of these girls need to go back to class.


After I finally figured out Baby J (yes that is her name even though the only thing baby about her is the size of that outfit and those hairs sticking off her head, but I digress) was rapping in English , I had a WTH was that moment. Baby… J, sweetie, honey-sugar-iced-tea, here and there are not the only words that rhyme in the English dictionary. In fact, technically, they don’t even rhyme, but I’ll let it slide. But wait it gets better*grabs popcorn*. Did Ji Yoon just come out in a bedazzled prison outfit? My thought: the only thing that needs to be in prison is that rap because that was a crime.

Then Hyuna, oh Hyuna. Words cannot express the feeling of confusion and amazement that comes to me when you open your mouth. Your rapping is like a banshee in heat. And I’m really not here to critique their fashion but I wanted to point out how the outfits were used to distract from their lackluster rap skills (notice Tasha came out in some regular clothes). Just when I though all hope was lost, out comes Tasha. Good ole’ Tasha comes to save the day. Now obviously compared to Tasha, Miryo needs a bit more work but she is on a different level than the others. Tasha on the other hand is on a different stratosphere.

My point is if we want good music we must demand it. So I encourage anyone who hasn’t checked her out to do so.