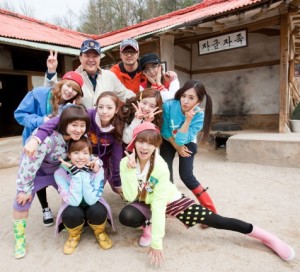 The new season of Invincible Youth is almost here!

For those of you unfamiliar with the show, the premise of Invincible Youth is pretty simple: a group of idol girls is forced to help out at a rural village and experience the hardships of farm life (Season 2 will be in a fishing village, so there may be more fishing and less farming). However, for those of us who were fans of Season 1, we also know that the show is so much more than that. It’s also a story of the development of genuine friendships and precious memories that come hand in hand with living and working earnestly together under harsh conditions.

The show also allows viewers to get a rare, unglamorized glimpse of the girls. This isn’t to say that Invincible Youth is not a scripted show (there is no such thing as a completely unscripted show), but compared to many other variety shows, members are more likely to earn their precious screentime through merit of their personality, than through their looks or the popularity of their group.

The show also forces the girls to show parts of their real selves beyond the normal image constructed for talk shows and performances. Case in point: the characters developed last season included ‘Whiny’ Hyuna (very different from her chic and sexy image on stage), and “Soonkyu” Sunny (strong and good at catching chickens, very different than her usual aegyo/girly character on shows). In addition, the girls eventually became accustomed to being filmed without makeup in the morning, or covered in dirt and grime from a long day’s work in the field. Because they are forced to throw away their image in order to best perform or entertain during tasks, the show affords viewers a glimpse at the extra layer of depth within each character. 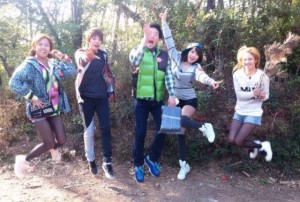 Taking that into account, I find that Invincible Youth is particularly well-suited for taking relative unknowns and creating new fanbases for them. For example, Sunhwa became the first widely recognizable member in Secret (who were rookies at the time) through this show. In addition, since usually only one (or sometimes two) members of each group is represented in the cast, the girls don’t have their usual cliques (their own groups) to fall back on, and must quickly learn to trust each other to get through the tasks.

The potential for recognition through merit of personality is precisely why I’m so excited for the casting decisions made for Season 2. 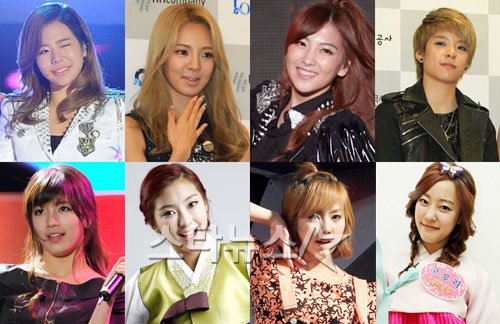 I consider every single one of these girls (with the exception of Suzy, who gets a lot of exposure but has such a humble personality I love her anyway) to be a hugely underrated idol with a great personality. I feel happy with the casting because I think all of them are more than deserving of this chance to shine.

The member that I would say I am the most excited about watching in the upcoming season is Hyoyeon (although Amber takes a close second), who is undeniably one of the least-promoted members within SNSD, despite the fact that she is known as their best dancer. SM’s track record in not properly managing this girl is so apparent that she’s even gained supporters in the international fan community just for being so shunned and under-appreciated by her parent company. Not only has Hyoyeon consistently gotten the worst styling up until recently (SM only started seeing value in her after the warm fan response at SM Town Paris), she also barely gets any close-up facetime during music videos, and is constantly positioned toward a back corner during interviews and talk shows.

The sad thing is, the biggest reason why Hyoyeon is not popular in Korea isn’t the fact that she’s not the best singer out of the group (although I would like to make the argument that she’s not as bad as people make her out to be). Nor is it due to a boring personality (in fact, her fellow members consider her to be the most entertaining member of the group). It all boils down to the fact that her looks don’t happen to match up to the traditional ideal of Korean beauty, which unfortunately also happens to be the single most important criteria for SNSD.

I actually think Hyoyeon is one of those people who is stunning in real life, but her beauty doesn’t translate very well to pictures (as opposed to a person who looks better in pictures than in real life). Fans of Hyoyeon become attached to her through videos, rather than photos. I think her beauty shines through movement. And by this, I don’t just mean dancing; I mean the way she talks, the way she smiles, and the way she interacts with others. She’s also very down to earth, with a natural sense of humor that is perfect for a show like Invincible Youth.

The only thing I’m having qualms about is the decision to not cast a female MC (the MCs will be Boom, Lee Soo Geun, and Ji Hyun Woo). Part of what made Season 1 so special is that the girls ended up forming a ragtag family-of-sorts, not dissimilar to a flock of baby chicks following a silly but loveable mother hen (gagwoman Kim Shin Young) and a lone rooster (‘Bear’ Kim Tae Woo). I felt that Shin Young was essentially the glue holding everything together – being the voice of authority, and yet loved by not only the elderly community, but also each member of the team. In Season 2, the girls won’t be able to develop the same type of bond (which included wrestling in pajamas, for example) with the male MCs. In addition, while I do in general like Boom as a comedian (and secretly think he’s rather handsome), I’ve also got the feeling that he’s been trying a little TOO hard to be funny ever since he got back from the army. I’m afraid he’ll end up taking on a role more like what Noh Hong Chul does in Heroes, rather than like Kim Tae Woo, who managed to be adorable without having to cheese it up for the camera. That being said, I’m all for hoping he proves me wrong.

What do you guys think about the casting decisions made for the new season? Are they a hit or a miss?