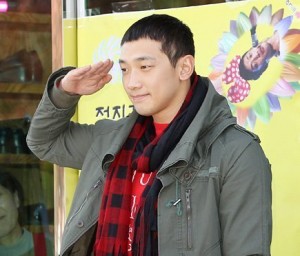 Last week in Kpop, we saw one of the most influential persons in the world enter the military, Kim Hyun-joong get “Lucky,” T-ara being rude, and the comebacks of Tablo, Lee Seung-gi, and Orange Caramel (oh, please no).  So what 5 Things happened in K-pop last week that I think were a bit more special than the rest? No freebies here, you gotta keep reading to find out.

The finale for the variety show Survival:Top Band aired last week.  The last two bands standing were POE and Toxic, both are great bands with their own unique style.  The competition was close and I just have one thing to say about the results… called it!

And it’s not the one you think.  The Kpop Roadshow hit Japan with guests KARA, who were surprisingly harsh judges, for the Kpop dance cover competition.  One group that SHINeed was BTICK with their “Lucifer” cover.  These guys were almost flawless and you could see their enthusiasm and devotion for dancing and Kpop.  Lukily, they also impressed KARA and made it to the next round.

3. A Dream worth walking for 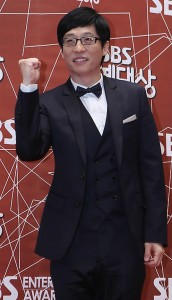 A young man from Busan who dreams of becoming an MC, set off on a pilgrimage to Seoul to meet his idol the Nation’s MC Yoo Jae-suk.  The 20 year old took 15 days to walk from Busan to Seoul, which is almost completely crossing the whole country, so that he could try to meet Yoo Jae-suk.  His day would start at 6:00 am and he walked for 10 hours every day.  He kept a diary and made notes of all the people who helped him on his trek and at the end of his journey found himself wandering around the MBC Dream Center.  Luckily for him, he was able to meet Kim Tae-ho, the PD of Infinity Challenge, who he then proceeded to tell his story to.  Yoo jae-suk was filming “Come to Play” that day and after being contacted by Kim Tae-ho came to meet the young man and gave him a ride to the bus station during which they had time to talk.  He also gave the aspiring MC 200,000 won for bus fare, but the young man said that he wouldn’t use the money and instead would give it back to Yoo Jae-suk one day after making it as an MC.   Aww, nothing less than what I would expect from Yoo Jae-suk- LOVE him.  I hope one day that young man’s dreams come true, well it already started to that day, right?

Simon D is definitely one of my fave Kpop personalities and I love his voice.  He recently released the MV for the song “Cheerz” off of his solo debut album SNL League Begins.  The MV which features Simon D’s hyungs from Dynamic Duo is fun and hip reenacting what might be a typical night of after work drinking and drowning of sorrows in soju.  The song has a really great funky beat and I love the accordion in it.

Aww, I’ll miss Rain.   I know a couple people who were able to meet him in person and they say that he’s really nice, I always thought he seemed like a good guy.  Never fear Clouds, two years will go by fast.