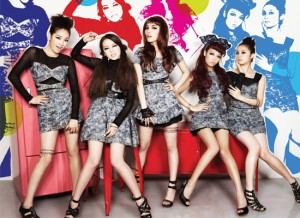 The Wonder Girls have been laying quite low for the past year and a half in the Kpop world. Their last single “2 Different Tears,” was released back in May 2010, and they’ve been in America ever since the end of promotions. Outside of their upcoming Teen Nick movie Wonder Girls at the Apollo and their US album debuting with its release, they’re hard at work with a new Korean comeback album in November 2011. This time, they’ll be ditching the retro stuff and going for something completely different.

Tell Me, So Hot, Nobody and 2 Different Tears had retro concepts, all from different eras. Nobody had a 60s Motown feel, Tears had a discotheque 70s concept, while Tell Me and So Hot focused on the 80s decade. They have yet to cover the 90s, but it’s seriously about time they got back on their time machine and headed back to 2011 for their newest concept.

JYP has already announced that they won’t be going retro for this new album. Wonder Girls going modern is about as crazy as 2NE1 wearing pink lolita dresses and pigtails, so stand back, everyone – this just got real. I personally can’t wait, since the girls have been doing the retro thing for so long, it’s almost become their signature. Sticking to a set image can get boring though, and the Wonderfuls need a change, too. Take a look at the pictures below – what do you think? 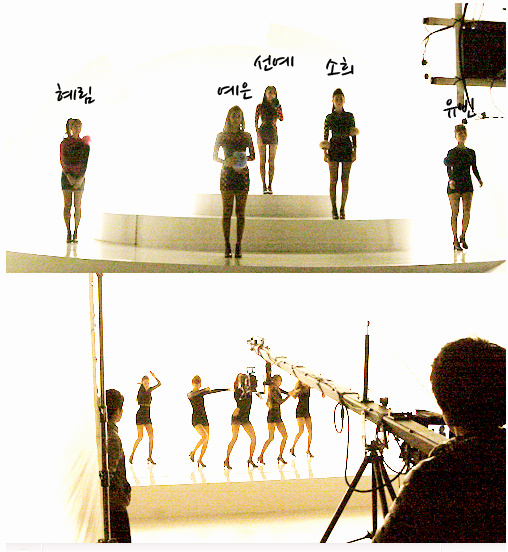 With the little black dresses, it seems they’re going to go for a darker, modern appeal, maybe similar to SNSD, the Brown Eyed Girls and Secret‘s recent concepts. Edgy and provocative with lean, black clothes and smoky eye makeup is a popular concept for good reason. Being fierce and confident is something almost all women want to be, even for a day. However, the Wonder Girls’ new concept doesn’t look as overtly sexual as it does sophisticated, refined and mature. This concept isn’t seen often, since most labels go the sexual route, as opposed to just staying classy.

What if JYP does decide to drive down that pothole filled road so many others have chosen? It can either go very well, or look like they’re trying too hard. I don’t know how seriously I’d be able to take Sohee showing some leg and gyrating like RaNia, though. Each Wonder Girls’ personality varies greatly, and even though they’ve insinuated their irresistability with “So Hot,” we’re talking about grabbing that sensuality and adding a few degrees to it. However, it’s obvious that JYP knows better, since miss A handles the concept about being mature, confident and sexy women without stripping on a pole. (Though I’m sure there are plenty of people who wouldn’t mind seeing Suzy do such a thing. With the cat ears.)

I’ll be keeping a close eye on JYP and the girls to see what their new, non-retro approach will be. Let’s hope this new concept and image will be the one to catapult the Wonder Girls back into the public eye in Korea, keep haters to the left, and make Wonderfuls happy all at once. It’s a new look and going radically different can be jarring to see at first, but I think they’ll be able to effortlessly pull this off.