YG Entertainment is winning the game 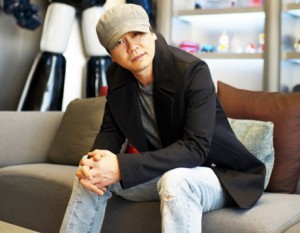 YG Entertainment is winning the game. The Hallyu game, that is.  The Hallyu wave craze has become something of a Russian roulette: spin the gun and gamble on promoting your pet groups overseas. Win, and rake in more money than you could ever imagine. Lose, and bankrupt yourself for nothing. It takes a steady hand and a good aim to play this promotions game. President YG and company have proven themselves to be in possession of both.

K-pop has established itself in Malaysia, Singapore, and to a certain degree, Vietnam. It has proven that it can sell in both Taiwan and China. A select few groups have even cracked the Japanese market. Now, what’s left is the Mt. Everest of the music industry at large: the US market. Several K-pop artists have flung themselves at that lofty peak and tumbled all the way back down, for a very simple reason: the US market operates rather differently from the Korean one. There are hundreds of thousands of bands of every kind floating around on the internet, and typically it’s only the ones that come from a management agency with a strategy that make it to the top. South Korean agencies are used to operating within an entirely different system, and aren’t familiar with the nuances of the US industry, the little nuances that can tip the scale in their favor. By and by large, it’s been up to the fans to find the group, not the other way around.  However, it’s become clear that YG Entertainment has finally figured out what it takes.

Of course, YG is not infallible. Se7en’s US debut comes to mind. But something significant happened after Se7en’s flop of a debut: YG learned from it. And now that they’re grooming 2NE1 to break into the market, the fruits of that initial failure are becoming quite evident. The first thing that they learned: if you want your name to be on top of the headlines, hook up with someone whose name is already on the headlines. How many artists got to where they were through sheer luck and perseverance? Not many. How many got to the top through luck and perseverance and useful contacts in the industry? A good deal more. For a while, YG’s brilliant hookup with the Black Eyed Pea’s Will.i.am was the talk of the town. There couldn’t have been a smarter pairing. Does Will.i.am have the most revolutionary musical techniques and lyrics? No. But what he does have is a multiplatinum, world-famous group and a finger on the pulse of what the general public wants to listen to, which is exactly what an idol group like 2NE1 would benefit from in trying to break into the US scene. 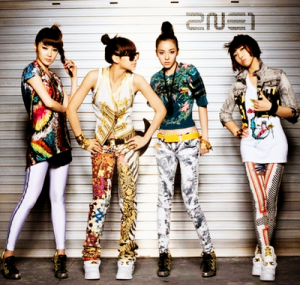 But a single contact to keep harping on about forever and ever can only go so far. That’s where YG got smart: American big-name rapper Ludacris has gone on record as saying some very positive things concerning the Hallyu wave, and generally sounded very chummy with the YG family at large. Now, he’s gone one step further: he’s agreed to sign an MOU, or a Memorandum of Understanding with YG, which is a legal document indicating a convergence of wills between parties, while not necessarily being binding. In the case of Ludacris and YG, this can point to future collaborations. Now YG has not only one, but two well-known American stars with musical styles similar to their own attached to the hip.

So, what does this all mean for 2NE1 and their planned American debut? They’ve got a far better chance of succeeding than the average K-pop idol, who wanders in blind. They have people on their side who know the ups and downs of the industry, as well as what PR stunts will and won’t work. They will have access to lyrics writers who are fluent in English, so for a change, there will be no Engrish in sight. And most importantly, they will have advance publicity, rather than nothing but a few web advertisements and collaboration with a D-list artist whose name no one knows. Already, the buzz is building around their debut from nothing more than a few name-drops and vague teases.