What's the big deal about plastic surgery in Kpop? 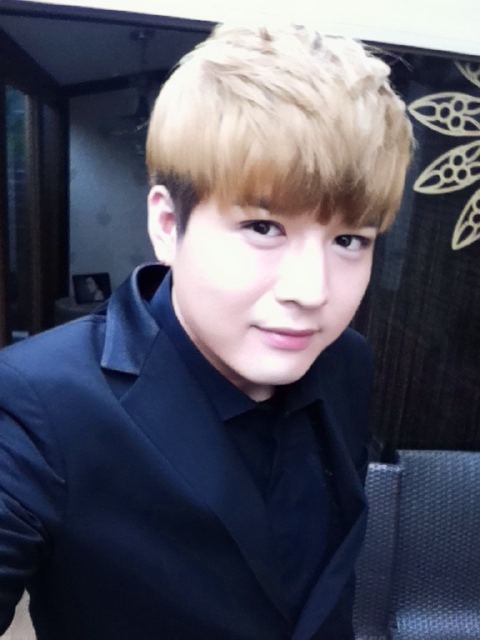 There’s no doubt that cosmetic plastic surgery is on the rise globally. Korea, a country of considerable power, influence and wealth, has gained the new tradition and stereotype that being beautiful and looking perfect is the key to success in life. According to The International Society of Aesthetic Plastic Surgery (ISAPS), Korea is number 7 for all plastic surgery procedures done around the world in 2009. (Number one was the ubiquitous United States). Interestingly, breast augmentation and liposuction topped the list for procedures there. Blepharoplasty, or eyelid surgery, came in at a close third. This doesn’t count the number of Korean-Americans or other Asians undergoing eyelid surgery living in the US, however.

Kpop and other Korean celebrities in the public eye are scrutinized, compared, and picked apart by the media if even a mere suspicion happens to arise. Before and after comparison pictures, such as the one above, are everywhere and meant to both show that even they’re not perfect, to ridicule the way they looked before and even berating them for choosing the augmentation to begin with. Common targets include Tiffany of Girls Generation, Goo Hara of KARA, and Park Bom of 2NE1. The before and after pictures tell a hundred stories and certainly more than a thousand words. In most cases, it’s obvious they’ve done some work.

When these celebrities are asked and accused by the media in interviews or live on video, they or their managers vehemently deny them all. Goo Hara actually broke this trend by readily admitting her surgeries. In contrast, earlier this week Lee Min Ho has been accused of plastic surgery due to old pictures that were recently surfaced. He followed the denial trend and called the allegations ridiculous. Otherwise, it’s shameful to be caught having plastic surgery. It sends the wrong message. They’re considered weak-willed and should have debuted with the faces their parents gave them. Losing weight, losing a tan, heavy makeup, lighting and Photoshop are often blamed for the discrepancies. Sometimes they explain that a past injury or a medical condition rendered the surgery a requirement, and the cosmetic enhancement was just a nice side-effect. It seems claiming to be a “natural beauty” is always countered with pictures from netizens circling the minor differences between their past and present pictures. Being branded a “plastic doll” is one of the worst offenses as a Kpop idol. 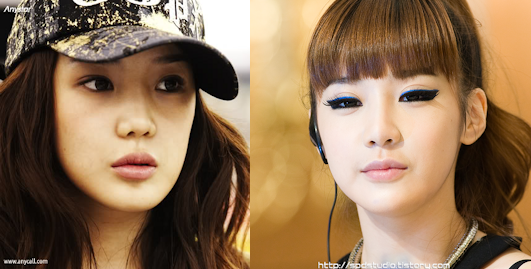 My issue is – why the questioning, the finger-pointing, and the snickering to begin with? So Tiffany and Jessica got some work done. Maybe they had the skills, but not the look needed for the job, so they underwent some surgery to better fit the image and overall appeal to the Korean people’s ideals. (Tiffany and Jessica are orginally from the US, where Asian standards of beauty are much different). These young women are just that – women, and like the rest of us they also want to look in the mirror and not cringe at their reflection. I’m sure they’re all much more self-assured, satisfied and secure in their looks, and that confidence translates to a better performance and a solid form of expressing themselves.

Netizens, antis, fans, and the media in general love bringing up plastic surgery accusations and scandals as something newsworthy. To be frank, it’s not. While it’s fascinating to see what a celebrity looked pre-fame, it should not be used as a means to judge their decision or integrity. I find it painfully ironic that a country with such high ideals for beauty and equally high rates of procedures done also look down at those who succumb to the pressure and get the surgery they think they need.

Judging a celebrity for getting her nose reshaped or her breasts enlarged is frankly none of anyone’s business. In the work they’re in, image is everything, and to succeed, you must have the easy-on-the-eyes beauty that’s required. There’s an unspoken rule among Korea’s celebrity culture that looks are number one, and that will trickle down to the other aspects of your career. With celebs being followed and idolized so closely, it’s no surprise that normal people feel the same pressure. However, just because you can’t afford to get your jaw shaved doesn’t mean you have the right to call Goo Hara a “slave to the biz” because she decided to get her eyes fixed. Even if it was ordered by her label, it’s all a business and if she ends up looking great with no ill side-effects as a result, then more power to her.

Is it a sad truth that looks trump over so many other factors in show business? Perhaps, but many say that’s the price for fame, fortune and fans fawning at your feet. Regardless, plastic surgery is not a big deal anymore. The netizens, media, and antis need to get over it. Maybe with Goo Hara’s admission, people’s expectations will finally begin to taper off.