And not even Japan could save it. How sad.

SHINee will be releasing their 3rd Japanese single, “Lucifer,” on October 12th. The song was played in full for the first time on FM-OSAKA yesterday. Check it out below:

Maybe it’s just me, but I find most Japanese versions of K-pop songs to be extremely grating on the ears, and “Lucifer” is no exception. Let’s forget the fact that SHINee’s Japanese pronunciation is far from perfect – after all, they’re shining, earnest SHINee and they probably tried their best. But that doesn’t excuse the fact that the song just doesn’t sound good in Japanese – there are too many words and not enough notes, syllables are colliding into each other throughout the chorus, Minho’s rap sounds more like English than it does Japanese, and Onew sings a particularly painful-sounding “What should I doooooooo~” during the bridge. My thoughts exactly, Onew. My thoughts exactly.

Look, I’m done with whining about SHINee’s bland-as-potatoes career in Japan, but it still breaks my heart a little whenever one of my favorite K-pop bands releases crappy material, no matter where they are. Honestly, I’m not too torn up about the Japanese version of “Lucifer” if only because the original was pretty awful to begin with. But that said, doing a bad song twice doesn’t make it better. Hell, doing a good song twice doesn’t make it better. SHINee’s been promoting non-stop in Japan since June, and within those three months, they’ve released one new song. One. Granted, it was a good song, but it was one. song.

SHINee’s been working their pretty little butts off in Japan and they’ve probably never been more busy (or more exhausted) in their entire careers, and I respect that. The financial and statistical return from their efforts has been notable: both of their Japanese singles have topped the Oricon charts and they’ve already snagged multiple opportunities to perform on Japanese television. But in terms of artistic output, I’m not seeing much. They haven’t really been boosting their repertoire or musical variety as much as they have been rehashing everything they’ve done in the past three years.

The one upside to all this, though, is that these past few months have given SHINee some really great opportunities to grow as performers. Their live performances in Japan have improved by leaps and bounds compared to most of their performances during Lucifer promotions last year in Korea. And who can blame them for giving sucky performances in Korea when they’re constantly being pulled to do a variety show appearance here and a hosting gig there…which ultimately doesn’t leave enough time for them to practice singing and dancing and performing…you know, things that pop stars are supposed to be good at. 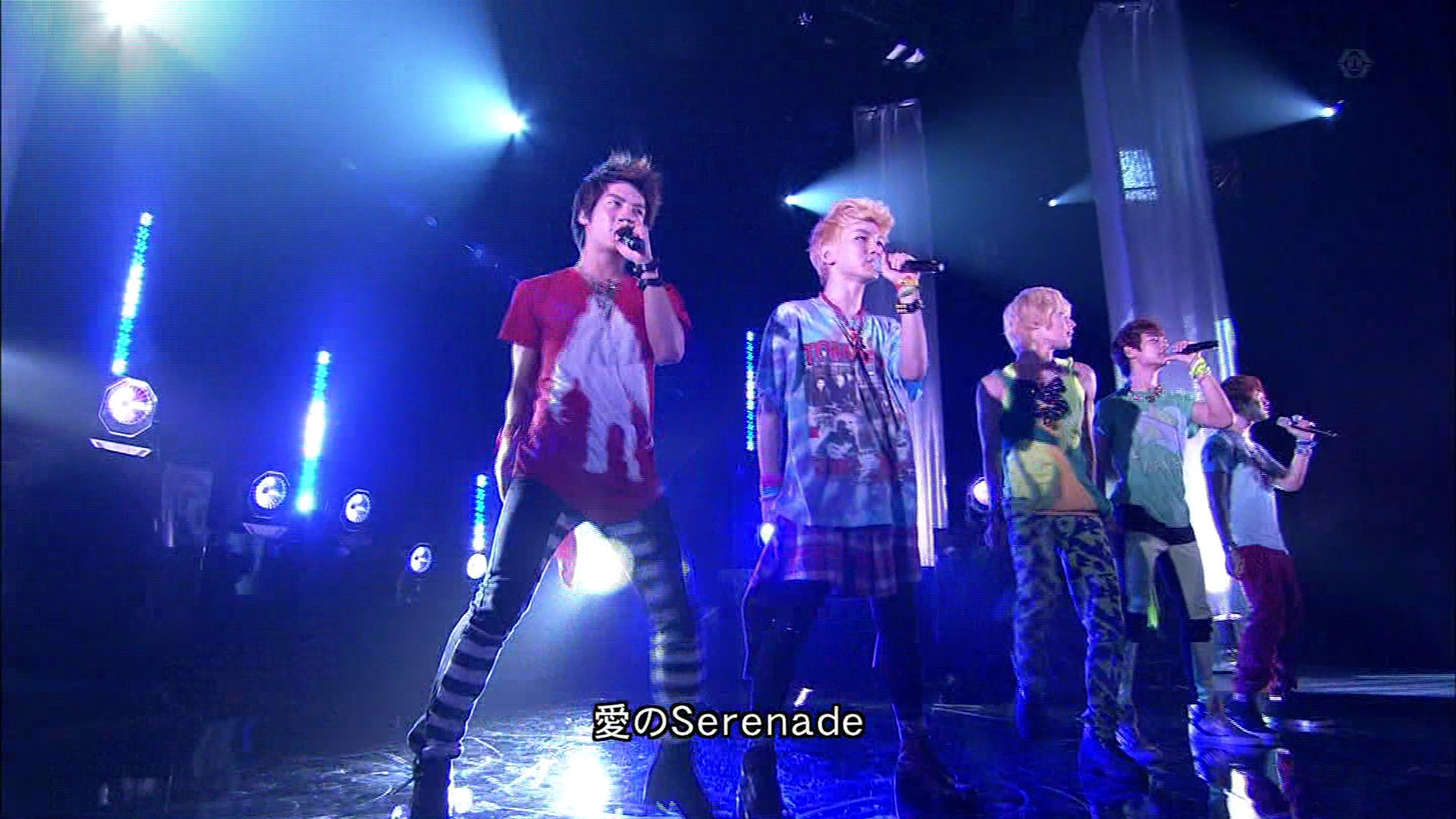 In Japan, however, their efforts are driven by their performances if only out of necessity – Key’s Japanese is impressive and all, but it’s not yet good enough for them to be making a career out of MCing programs or being funny on radio shows. Besides, that’s not what the Japanese market is about. For many Hallyu stars today, it’s easy to break into the Japanese market, but difficult to keep up. It’s easy to drop a few singles here and there and leave, but if instead you choose to dedicate yourself to not only promote in Japan but stay in active competition with all the other artists in the Japanese market and you make it out in one piece…then you’re going to come out a stronger performer, no question.

It’s clear that SHINee is showing artistic improvement as they go along on their foray into the Japanese market, but at the same time, I wonder when they’ll hit a dead end. As of now, SHINee’s biggest accomplishment in Japan is that they’ve managed to return to the performance quality level they had at the time of their debut…but is that where the buck stops? With the material they’ve been given for their Japanese activities, I wouldn’t be surprised. The songs they’ve promoted thus far aren’t challenging enough because they’ve done it all before. There’s no room for growth. And that’s just such a shame – SHINee has enough financial and fan-based support in Japan to let go of the burden of earning money and just grow as artists and as performers. But that won’t happen until someone gives them a challenge.

Well, here’s hoping. But for now, EMI has also released the MV teaser for “Lucifer” and it looks really cool and sleek. I love how they retained some of the visual elements from the original music video, but stripped away everything else to create this really clean and focused effect. Of course, the awesomeness of an MV teaser rarely carries over to the actual MV (re: the blasphemy that was the Mr. Simple MV and teasers) …but we can still hope, right?