Rain’s plans to enlist were first mentioned last December, after wrapping up drama series The Fugitive: Plan B, stating that the end of this year would be the “best time” to begin his mandatory military service. 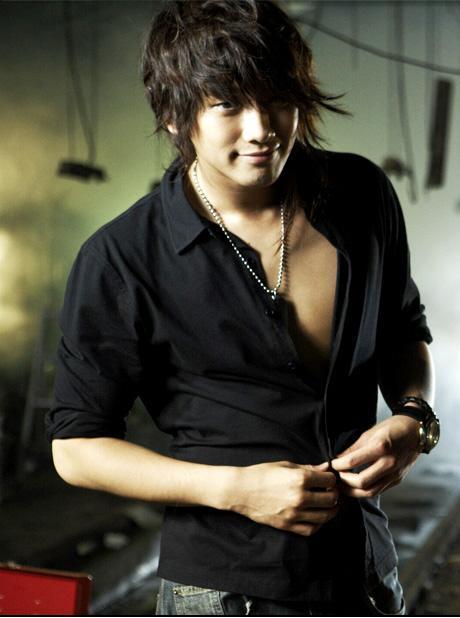 Rain was to enlist last year but requested a postponement from the MMA (Military Manpower Administration) due to a Hollywood film project he had scheduled for the first half of 2011. Postponements due to career schedules aren’t unusual in the Korean entertainment industry stirring the notion of special treatment among celebrities–K-pop idols and K-drama actors alike.

Mandatory military service, established after the Korean War in the 1950s, states that all able-bodied men not suffering from any disabilities or mental health problems are required to serve a 2-year military service upon reaching adulthood. The fact that Rain is scheduled to join a military unit in Uijeongbu on October 11th is both slightly unsettling and surreal considering that, for me, the word “draft” is so closely associated to the word “war”. It is reminiscent of a time when lotteries were drawn; notices sent during the direst time of war–one I’ve only experienced through the History Channel and Hollywood films. In the US, drafts aren’t mandatory rites of passage like renewing your Drivers License or State ID once turning 21. Even so, celebrities do still manage to postpone them and have even attempted avoiding their mandatory military service completely. 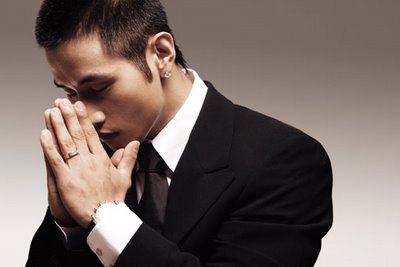 Being involved in the entertainment industry does not entail immunity from your civil duties and, although celebrities are given the leeway to delay serving the 2 years, they don’t escape retribution if they fail to do so. K-pop star, Yoo Seung Jun’s 5-year career in Korea ended in 2002 after becoming a naturalized US citizen just before his draft. After postponing enlistment, claiming he would fulfill his military service at a later time, the Korean government could only see this as his way of getting out of it. He was soon deported to the US as well as banned from ever entering Korea–only making the exception for his father-in-law’s funeral.  Before being deported, he succeeded in expanding to Taiwan and China, but his popularity in Korea didn’t sustain the shock brought on by the controversy.  He’s signed a contract with Jackie Chan’s entertainment company and is currently attempting to make it in China. 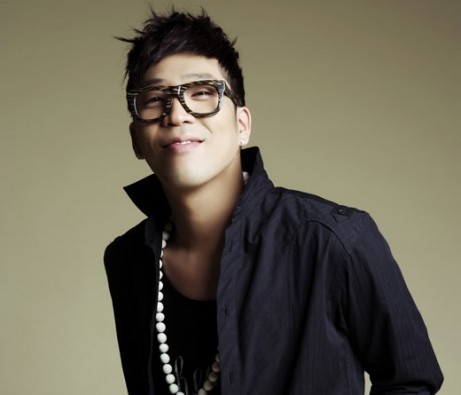 Another example is MC Mong, who was charged with violation of military service laws after supposedly evading enlistment because, according to his dentist, he paid to have two teeth pulled instead of having them repaired. After four trials, four dentists supporting his case and the fifth retracting his former statement, he was finally sentenced to 6 months in jail last April.  He will also be on probation for a year and must serve 120 hours of community service since courts couldn’t convict him of purposely having his teeth removed. Only the delay to enlist could be recognized. 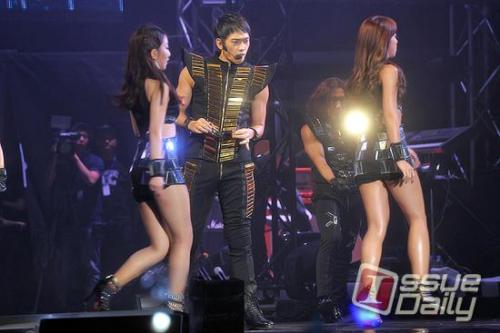 Celebrities have used their careers as excuses for temporary exemption but, at the end of the day, they are still Korean citizens. No amount of popularity or level of gross profits will deter enlistment. So what can a singer or actor do to maintain his career during the 2 years of absence? Well, before starting the initial four weeks of basic military training this October, Rain held a nationwide tour in 6 cities in Korea. His 2011 Rain: The Best Show tour began August 13th and wrapped up this past September 24th and 25th at the Bangyi Dong Olympic Gymnastics Hall Olympic Park in Seoul. Among those to attend (besides his dedicated fans) were actor Lee Bum Soo, Jung Seok Won and members of MBLAQ as well as Vice President of CJ E&M Lee Mi Kyung. Before singing “Instead of Saying Goodbye” during his encore, Rain stated:

It’s been ten years since I’ve debuted. I had a lot of obstacles and difficult times. Instead of thinking, ‘Why me?’ I thought, ‘What kind of great things are going to happen in the future?’ Thanks to that, I’ve been able to get past everything through the years.

Despite being considered “too ugly” by eighteen different entertainment companies and being told ‘double lid’ surgery would make him more appealing, Rain has accomplished ten successful years as a singer and actor through his determination and focus. JYP CEO Park Jin-Young once described him as “desperate” and “like a tiger who was about to starve to death”.  Rain was accepted by JYP in 2000 and soon after earned a degree in music at Kyunghee University. During his three-year training period as a backup dancer, his main motivation was his family—especially his mother who suffered from diabetes and died a year before his debut from health complications. Rain has stated that remembering what it was like to be hungry along with honoring his mother’s memory have always been his incentive to work hard on every project. Being called “the hardest working man in show business” by John Goodman (who worked alongside him in Speed Racer) as well as being the first Korean to win a MTV Award for his role in Ninja Assassin, Rain’s dedication and modesty has brought him success both in South Korea and internationally.

Rain is to hold a press conference discussing his work experience with CEO Park Jin-Young and his latest album, which will be released before he enters the army. He also plans to share a few details on the semi-documentary film of his concert tour and his upcoming movie Close to the Soaring Sun. A free street concert, in honor of his fans, is to take place in Southern Seoul on October 9th.

Along with all his fans, I wish him luck and will be anticipating his return.