Are Girl Groups, such as 2NE1, Girls' Day, Profitable? 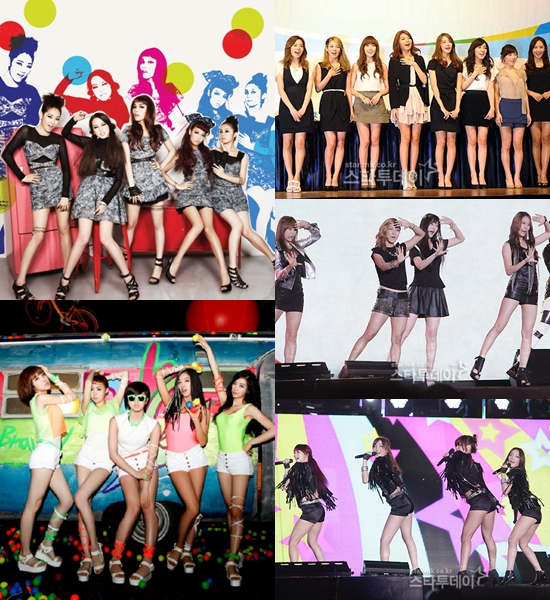 Y Star, a Korean cable channel, recently ran a calculation to determine the expenses for a seven-member girl group and revealed that it costs nearly $60,000 per month to cover dormitory rent, food, transportation, hair, and makeup. Of course, $60,000 would be nothing compared to the profits turned in by the likes of 2NE1 or the Wonder Girls, but what about the dozens of girl groups that are not churning in constant profits and selling out stadiums? The music industry is often said to be a crapshoot, but the idol industry even more so. For every success story, there are many more girl groups that flop and cost their management agencies thousands and thousands of dollars.

In the past, it was necessary to buy an album if you wanted to hear the music of your favorite artists. Albums can go from anywhere from $8.00 to $18.00 a pop, with even more money for repackages and special editions. When there were no alternate venues for purchasing music, this meant that the music industry was enormously profitable. However, the rise of internet meant that not only could music be pirated, but you could buy one single for $0.99 at a time, and avoid paying for the entire album. Popular Korean music distributers such as Soribada are even more extreme, charging an average of $0.06 per song download, due to incredibly cheap package deals.

This is good news for underground artists trying to break through into the mainstream on a low budget. However, this is bad news for major entertainment companies funneling thousands of dollars into the care and marketing of idol groups. It is no longer worth it to spend so much, when the money that they turn is sometimes barely enough to cover the costs of maintaining them.

This all raises the question: how long can the idol industry keep continuing in the current vein? At some point, the scale will tip, and the costs will greatly outweigh the benefits. The big management companies will soon be forced to turn to alternative marketing strategies, or else abandon the traditional idol group set-up. With the rise of the digital music age, is it profitable to market idols in the traditional fashion anymore?  Do you think that idol groups are fast becoming outdated? What can be done to “save” the industry?