A little love for Ms. Tasha 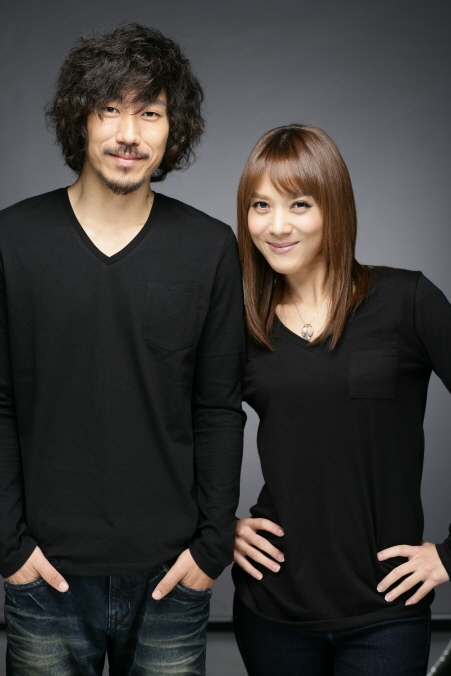 With the news that Tasha and Tiger JK are coming back to the music scene this fall, we thought we’d give Tasha a little love.

I am a huge fan of Yoon Mi-rae, also known as Tasha Reid. Praised as one of the greatest hip-hop artists in Korea (along with her pioneer husband, Tiger JK) she’s long earned the respect of such fans worldwide for her poise, talent and determination to show the world her refined expertise and lifetime experiences. Tasha‘s background also intrigues me, since I can relate to nearly every single aspect of it. Being born to a South Korean mother and African-American father within the military, she was raised around racism and had major issues with it while growing up. While watching and listening to her song “Black Happiness”, I sympathized and my haunting memories of growing up with an eerily parallel childhood painfully began to resurface.

While I’ve only discovered her in 2009, her music and message immediately struck me as raw, pure, and full of passion and meaning. Unlike other foreigners in the Korean music scene, Tasha wasn’t afraid to discuss her past, to tell the truth, and to expose the hardships growing up was for her – simply because her of race, something she couldn’t change. In “Black Happiness”, she rapped her heart out with her natural hair, and the emotion was undeniable. Images of her as a child flashed by and you could even hear her father’s encouraging voice combined with her mother’s carefree and approving one. Tasha took both the good and bad experiences and turn them into an uplifting message of hope. Things will get better, her father said – and they certainly did.

When she debut at 19, she was told that her mother’s race was all right, but her father’s was unacceptable. This too mirrors my own experiences – while raised in Hawai’i, Asians were everywhere and being half Korean was fine. However, I still got the occasional glare from older folks when my Mom and I walked into Korean supermarkets or restaurants because my other half was not. Music was her medicine, her way of dealing with the objections and alienation. Tasha’s father encouraged her to keep going and to push past the prejudices, and with a little luck and a lot of work, she eventually reached the stardom and respect she has today.

Tasha‘s journey to being referred to as the “Queen of Hip-Hop and Soul” in Korea wasn’t easy. Her talent is undeniable and her determination is refreshing and inspiring. However, I can’t help but feel a little sad for her. As much as I admire her for working so hard, it seems she’s still had to conform to the music industry’s beauty standards so she could be taken seriously. 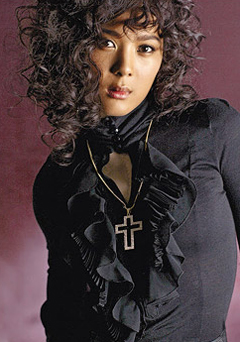 What I’m talking about is her skin color, the very thing she was ridiculed for as a child.

Earlier images of Tasha’s debut in her late teens showed her as a tanned biracial girl with large, bouncy curls. She looked distinctly mixed, plain and simple. Today, her skin color’s very light, the shade made brighter by more than a few notches. Even her curls have mostly gone away, replaced by shiny, pin-straight locks. US fans have commented  that she doesn’t look Black at all, or that her heritage is hard to distinguish. People wonder if she’s had to use skin whitening techniques to lighten her skin to an acceptable pale requirement by the entertainment industry in Korea.

Nevertheless, she is beautiful and she shines brightly as someone who deserves the titles she’s been bestowed. However, I can’t help but wonder just how painful it may have felt to still have to conform to standards she fought hard to rebel against. Maybe it’s a necessary evil that had to be done so people could listen to her message and hear her voice without putting her skin color on the table. I wonder – would Tasha be able to get The Body Shop and Adidas endorsements, even with her husband, if she kept the tanned skin?

Racial issues in Korea apparently still exist, albiet very quietly and remain mostly unspoken. Tasha is gorgeous no matter what, and I will keep cheering her on and supporting her and her family’s message. I’m just shaking my head at the extreme pressure she and many other foreign celebrities in Korea had to face. These people had their hook, their reason for standing out and being different – yet, they still have to conform to looking like everyone else anyway.

I don’t know. Maybe it’s a good thing. Maybe looking like everyone else, yet using your voice to make you stand out is the intention. If your music is great, that should be enough to have you become the star you were aiming to be, even if your appearance is mainly undistingishable from the rest by the majority.

I’m looking forward to Tasha and Tiger JK‘s upcoming album releases, and I’ll watch their son Jordan and see if he follows in their footsteps. If so, he’s going to be a powerhouse, a force to be reckoned with, and I can’t wait to see him take the haters by the throat and make them eat their words.