Increasing English Lyrics - Is it Good for K-pop? 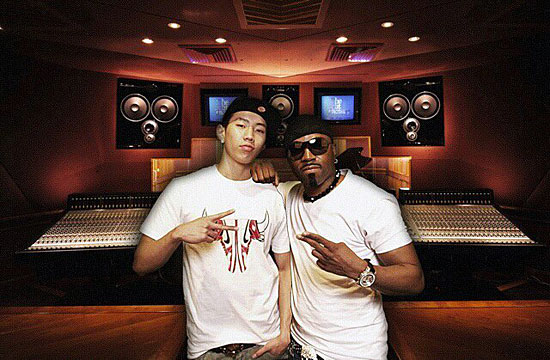 It’s often said music is universal. Regardless of any confusion, the popularity of inserting random English/Engrish titles and phrases into songs still stands in K-pop.  However, is injecting more English into songs part of longstanding pattern  or a sign of catering to a wider audience as part of K-Pop crossover strategy?

K-pop stars typically translate a song into English if they are trying to enter the Western music industry- Rain (‘Love Song’, ‘Rainism’, ‘Sad Tango’), Wonder Girls (‘Nobody,’ ‘Two Different Tears’, ‘Tell Me’, ‘So Hot’)  JYJ (English album ‘The Beginning’), BoA (self-titled English album), and debateably, 2NE1. There is the English Verison of ‘Can’t Nobody,’ but there is also a Japanese version. While they are publicly entering that market, there is no solid answer from YG Entertainment concerning the group “crossing over.”

However, currently 2NE1, linguistically, is doing something different from their contemporaries. The group’s latest song, ‘Ugly’ is currently only being promoted in Korea, yet the entire chorus of the song is in English.

With the exception of a couple of verses, the rest of the song is in Korean.  It is often not difficult to surmise the meaning of an untranslated Kpop song, however, as a foreign fan, the feeling of being able to sing confidently the entire chorus of a song is an unique emotional experience.

I can respect that as it is Korean music it would be logical to expect the native language to dominate the music industry. But, it also begs another perspective on the nature of translation: Chinese and Japanese fans often get songs converted into their languages which must make the music listening experience more enjoyable on some level. Thus, I can come to the conclusion that extensive English translation is extending the olive branch to English-speaking fans to round up their support. While ‘Ugly’ isn’t my favorite Kpop song I find myself singing it because – well, I can.

Do you like the use of an all-English chorus in ‘Ugly?’ Is it an artistic decision on YGE’s part or a bid for more Western fans? If utilized more, do you think this device will bring in more English fans, for 2ne1 or anyone else?