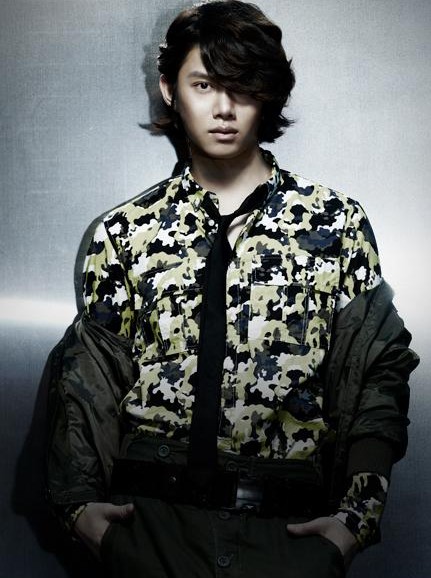 And then there were nine.

We all knew it was coming, but nobody could’ve guessed that it would come so soon. Super Junior‘s Heechul recently announced that he will be enlisting for the military on September 1st. Due to a leg injury from a few years back, Heechul will be spending his 23 months doing public service work rather than serving in active duty.

In regards to this sudden announcement, Heechul commented that he had hoped for the news of his enlistment to pass by as quietly as possible. Many were concerned that Heechul would be leaving smack-dab in the middle of Super Junior’s Mr. Simple promotions, and while the self-proclaimed ‘Big Space Star’ said himself that he had considered delaying his enlistment for that reason, he nonetheless decided to go through with his decision while he was in the “mindset to do so.”

Well, good for him. And besides, it’s not as if Super Junior’s promotions will be suffering a huge loss since there are a bajillion members left to make up for his absence.

(Please excuse my leave from Seoulbeats this coming week as I’ll be busy preparing my last will and testament. Whoever is first to save me from the hands of angry Heechul fans has first dibs on my K-pop CD collection.) 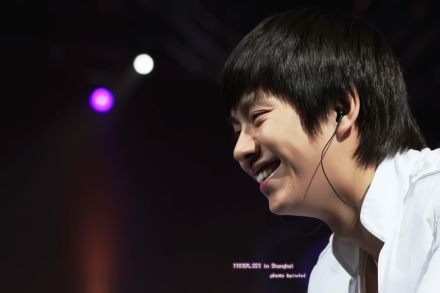 For real though, I can’t say I’ve always been Heechul’s biggest fan – his personality irks me to no end and he fails to entertain me in any way. But despite all this, I still feel a teeny tiny bit of sentimentality towards him if only because his departure marks the beginning of the Suju members’ grand exodus into mandatory military service.

All of the members of Super Junior are well into their twenties, which makes the prospect of mandatory military service a not-so-distant reality. The funny thing about mandatory military service and K-pop, though, is that whenever a K-pop idol leaves for the army, it’s a huge reality check. Because let’s face it: for the most part, K-pop is the stuff of fantasy, and K-pop culture monopolizes on that fact: idols are molded to be as superhumanly perfect as possible, themes deemed too heavy for popular consumption are censored out, and things like love, sadness, and tragedy are trivialized.There’s a reason why you’ve got so many fans flocking to K-pop as a means of escape from the real world.

But the history and politics behind Korea’s mandatory military requirement is very, very real. Whenever another K-pop star heads to the army, it temporarily breaks the K-pop fantasy and serves as a reminder that beyond the wonderful, fanciful world of K-pop, these people whom we have deemed ‘idols’ live in a country with issues that transcend beyond the triviality of who-is-dating-who and who got cheated out of a music show award. 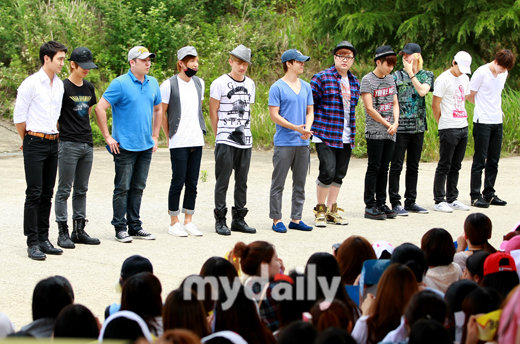 Korea is a lot bigger than just K-pop, and many fans who get caught up in K-pop idoldom (myself included) can sometimes forget that fact. In a way, Super Junior epitomizes all that is wonderful and fanciful about K-pop: the good-looking members, the infectiously catchy music, the shipping (the shipping!), and the legion of fans who have decidedly fallen in love with them. It’s really humbling to see this titan of K-pop fantasy begin to fall back to reality, one by one. We’ll miss them as they go, of course, but I think that seeing K-pop idols go off to the military is a good thing for both the idols and the fans. Like most Korean men who have served their time in the military, the idols return with new, matured perspectives on life and reality. Here’s hoping that the fans will do the same.