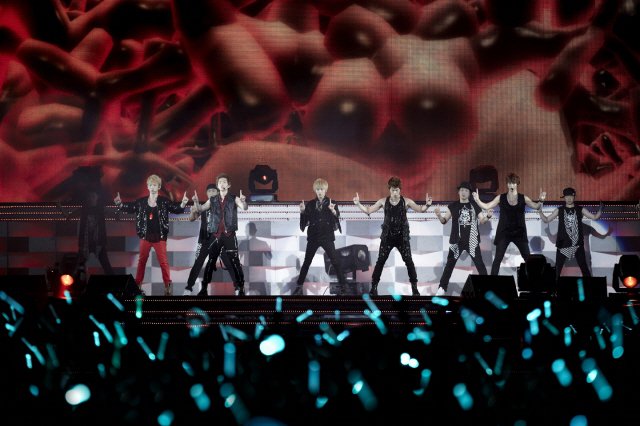 And then there’s that thing about being in the same room as your favorite idol and breathing the same air, seeing the same sights, and hearing the same sounds for three blissful hours straight. Although they might not be willing to admit it, I would propose that this is the principal reason why K-pop fans are willing to kill for concert tickets. In a sense, I suppose this could apply to any other concert with any other musician – sharing a moment with your favorite musician during their concert is always a precious phenomenon, regardless of the musician in question. But factor in the obsessive fan culture that dominates K-pop culture and you’ve got a recipe for a concert that is a lot more than a concert.

Point is, concerts are a big deal for K-pop fans, and to see one’s favorite K-pop artist in concert is, for many, a once-in-a-lifetime opportunity. At least, it sure seemed to be a once-in-a-lifetime opportunity for most fans at SHINee‘s concert in Taipei. After talking to a few fans, it was apparent that seeing this concert was a dream come true for many attendees. This time was going to be incredibly special to them, and their only hope is that SHINee would feel the same way.

And that’s just the conundrum, I suppose. The concert was amazing, don’t get me wrong – but the members were so visibly exhausted during the performance that it became hard to watch at some points. Their performance energy seemed eked out and forced. The only time the members seemed relaxed on stage was when they were fooling around during “Bodyguard” – but even then it felt as if someone said to them, “‘Kay boys, you can let loose for the first time in four months, but you only have three minutes and eighteen seconds to do so, and the timer starts now.” Cue the ball-throwing and the water-splashing. 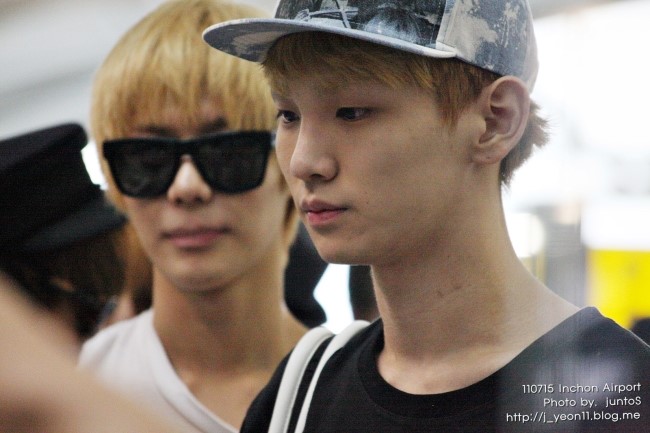 The poor boys are being worked to the bone this summer, but that’s nothing new. After seeing this concert, though, I’ve come to believe that the suckiest part of idoldom isn’t the constant exhaustion – it’s the constant exhaustion coupled with the constant need to please. It’s the pinnacle of any K-pop idol’s career to finally be able to hold a solo concert. Standing on stage with a bajillion fans at your feet – that’s the stuff that dreams are made of.

But what happens to that dream when you’re eking out a dance routine in front of thousands of expecting fans after four months of packed schedules, three hours of sleep, and no prospects of rest anytime soon? What happens when you know that there are thousands of people whose dream is to see you perform live, but you just don’t have the energy to do your best? Contrary to what I might have said in the past, I think idols have a very soft spot in their hearts for their fans, because their fans make up a huge part of their own personal dreams and goals. The fear of disappointing those fans for reasons beyond one’s own control makes for an impossibly frustrating situation. 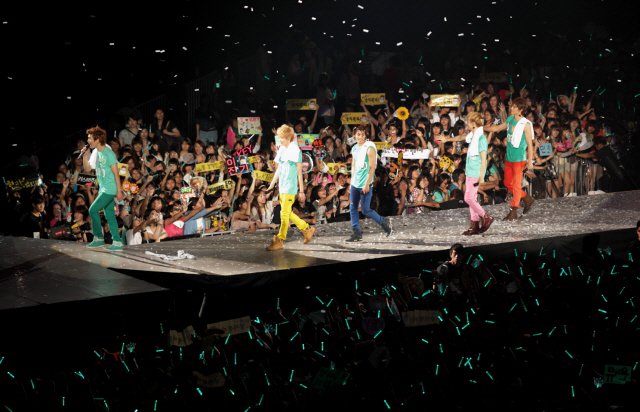 SHINee will be making their next stop in Singapore this September. The announcement of the concert blew up Twitter, which is as legit as it gets, I suppose. To say the least, fans are very excited for this upcoming concert – as they should be. But from one SHINee fan to another, I will say this: Don’t expect perfection from them during the concert – not because they are incapable of perfection, but their ability to achieve perfection has now been divvied up into a million directions, and one concert is just another piece of the pie.

It’s an impossible situation for both the idols and the fans, but the fans can do one thing: Be their energy. Not by storming them at the airport or invading their hotel, but by simply being gracious hosts and supportive audience members. A full-length SHINee solo concert isn’t just the dream of every SHINee fan; it’s the dream of every SHINee member. Be considerate of this fact, regardless of the members’ conditions on the night of the concert. They’ve given so much to their fans, and it’s time for the fans to give back.

…And that is as sappy as I’m ever going to get about K-pop fandom, folks. Hope you enjoyed it while it lasted. I’m out.