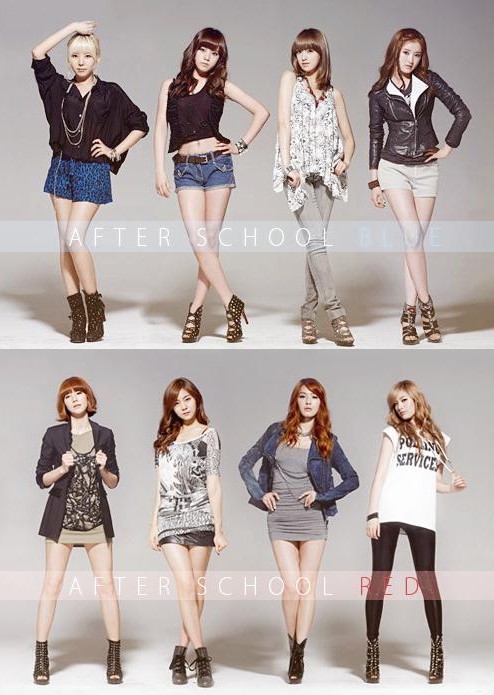 After School recently announced that they would begin activities as sub units, A.S. Blue and A.S. Red.  After much speculation regarding the sub-unit’s line up, the line up has been announced.  The A.S. Blue unit includes, Jooyeon, Raina, Lizzy, and E-Young.  A.S. Red includes members, Kahi, Jungah, Uee, and Nana.

A.S. Blue will feature a cute, sweet concept. Though this might not be what After School is known for, but this is popular concept throughout KPOP. Though this group does possess talent and popularity, they’re the obvious under dogs in this situation.