Put your Hands Up for 2PM 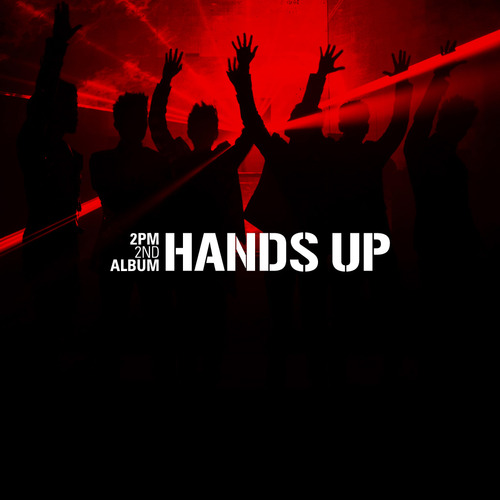 The beastly idols return to the Kpop scene with their second full length album Hands Up.  It’s been eight months since the release of Still 2:00PM and their successful foray into the Japanese market so what do the boys of 2PM have in store for fans?

The song is actually not a bad dance song. It has a good party vibe although the repetitiveness of the synthesizers and lyrics are a tad irritating.  It’s not as strong as some of their other title tracks have been, it’s kind of a ‘diet’ title track to me.  Like a Diet Coke vs. Coke, “Hands Up” is a good song, but it’s artificial in comparison to some of their previous hits aka ‘the real thing.’

The MV gets a thumbs up for me because while lacking any kind of originality, it’s a fun MV which matches the song well and the boys look like they are enjoying themselves dancing in the club which for this song, is its purpose.  They also get props for not following the Kpop trend of the conspicuous overabundance of foreign women tramping it up in the club.  The only things I didn’t like about the MV is some of the choreography (like at 1:18, is it only me or does Junsu look different again?) and those lite-brite jackets because seriously, if someone walked into the club with one of those on they would be laughed right out of the club.  I could go on about the song being just about partying and drinking, but it’s the life of a young adult in their early 20s, which these boys are, so no use bemoaning a moot point.

The rest of the album is a pretty good mix of ballads, pop, electronica, and hip hop including songs written by Junho (Give It To Me) and Junsu (Hot).  All the songs are decent in my opinion, but like an ‘average’ good with none really standing out.  Upon first listen, I think I’d probably say that Junho’s song “Give It To Me” is my fave track off the album.  If I were to give Hands Up a grade, it would probably be a C+/B-.

After the release of the album it shot to number one and achieved an “All Kill.”  The album is also available to international fans via iTunes.  Interest from fans all over the world is being shown for the new album as well as for 2PM’s new reality show the 2PM Show which is scheduled to air on SBS in early July.

2PM will have their first comeback performance on KBS’ Music Bank on June 24th.