New boyband to debut under a label you've actually heard of! 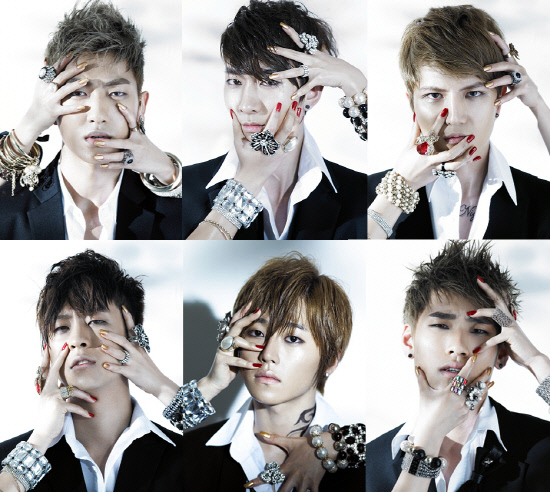 The past few months have been flooded with boy group debuts, and though these debuts have been, for the most part, unimpressive, I’m still holding out for that one gem that will surprise us all with their talent, skill…or, at the least, marketing.

Upcoming 6-member boyband HITT may have that last point down, as they’re said to be debuting under record label giant Sony Music. The vice president of Sony’s Asian marketing department, Andy Johns, is said to be spearheading the group’s endeavors not just in the Korean market, but in the Asian market as well. Oh, wow, like we haven’t heard that one before.

I sound like I’m rolling my eyes, but I’m actually looking forward to what HITT has to offer. The group has released one teaser photo, as shown above, and it has me intrigued. Of course, the K-pop scene is no stranger to charismatic stares, unnatural hair colors and “bling,” as is shown in the photo. But there’s something about the image of women’s hands clawing at the members’ faces that strikes me as almost…creative.

Granted, I don’t think Sony has a ton of experience handling idol groups, but they certainly do have the money and resources to pull it off. But it does make one wonder why they couldn’t have thought of a better name other than HITT – which, evidently, stands for “Here Is The Top.” The potential name puns: we welcome them.

HITT will release the music video teaser for their debut album “Here Is The Top” on July 4th, and if the teaser isn’t a complete artistry shitshow, then we know we’re in for a good ride. And as for the members’ talent value? Heh, let’s not get ahead of ourselves, shall we? 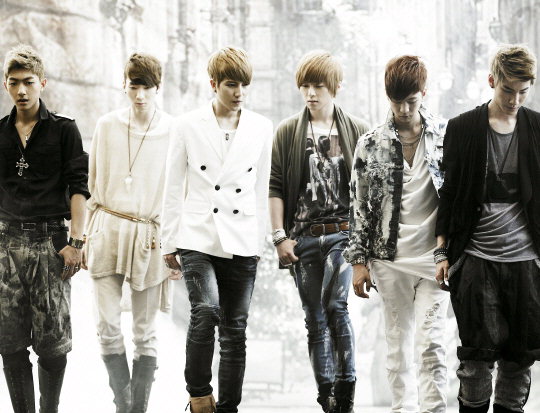 Are HITT a Hit?