Heechul is a Tsundere

Tsundere is a Japanese phrase that describes a person who is initially belligerent, but over time, becomes more and more benevolent. This phrase can be used to describe a variety of people: Ootori Kyoya, Helga G, Pataki, and now, Kim Heechul. 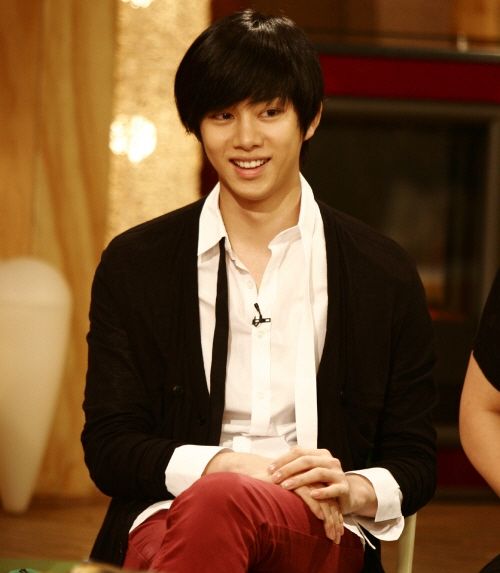 Known for his blunt, brutal, and often times, hilarious personality, Super Junior‘s resident Charisma King provided some interesting insight into his personality. With a personality that has both made him famous and infamous, it’s natural to assume that Heechul would be…an interesting boyfriend. Evenings with this conquistador would probably consist of him admiring the sound of his own voice, testing your flexibility with social decorum and propriety, and winding up a storm that is uniquely and lovably Kim Heechul. Fortunately and unfortunately, however, that is not the case.

On a recent episode of Strong Heart, Heechul admitted that he is very much like a Tsundere. Even though he has given his ex-lady loves the cold and mean shoulder, in classic tsundere style, he actually spends a lot of time worrying and caring about the relationship. His indifferent, unkind attitude is just a front; he’s just a big softie.

I’m not really surprised. People that tend to be in control of their environment have been known to succumb to the pressures and insecurities of a romantic relationship. Heechul’s just another member of the club. But I also wouldn’t put it past him to make it all up.

Is Heechul really a tsundere? Or is he just pulling a fast one?