I think I finally understand what you’re trying to accomplish. 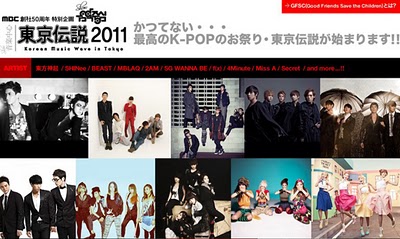 You started off as BoA and Dong Bang Shin Ki in Japan. Both musical entities spent years learning the language, growing accustomed to the culture, and developing their own sound and identity as Japanese artists–despite their Korean origins. Though it took a good deal of time and effort, these groups and groups like them managed to make native Japanese artists like Ayumi Hamasaki and Arashi a little nervous.

However, from KARA to Secret, your standards have changed. You are composed of botched pronunciation, cheap PVs, and Korean remakes. Fans have criticized you for exploiting the popularity of previous Korean acts by exporting these newer acts into the second largest music industry in the world only to make a quick and easy buck.

But sales, records, anticipation, and enthusiasm for Korean acts–as a whole–has never been greater. In fact, with SNSD having recently broken BoA’s 9-year record, it seems like recent acts are on track to out perform their predecessors, regardless of the quality of their Japanese promotions. Though there are fans that criticize your practices, it appears that you are doing better than ever.

It frustrates some fans and makes it seem as if the only thing you’re trying to accomplish is hitting the Japanese musical lottery. While the latter may still be true, it is also true that the you’re not about getting Japanese pronunciation correct or creating  Japanese material or creating an identity as a Japanese artist–it’s about spreading KPOP.