Who are the best MR singers? 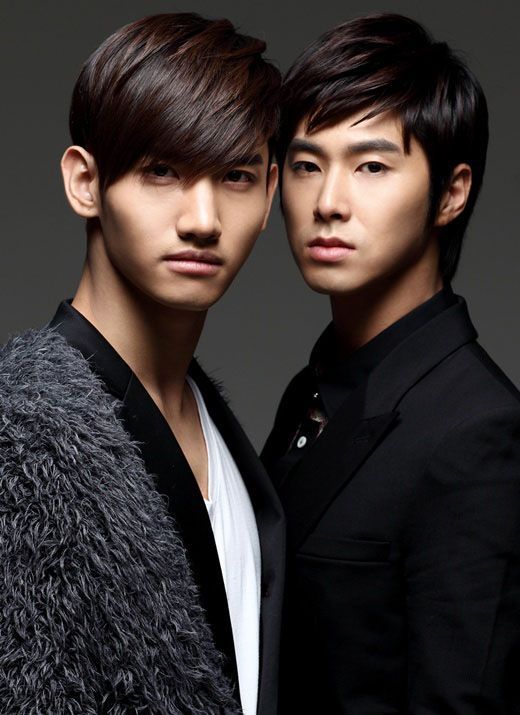 Remember when I posted this article about how girl group CHI CHI was under fire for their less-than-satisfactory MR (Music Removed) videos?

Well, it seems like MR clips can not only expose a lack of live vocal skills, but also prove just how well some of our favourite idols can sing.
Mnet’s Idol Chart Show actually made a ranking on which idol singers had the best voices based on their MR videos. No surprise-TVXQ managed to croon their way into first place, as producers were impressed by how they were able to sing well in a live setting WHILE dancing at the same time. The show also played a clip of TVXQ’s Keep Your Head Down with MR.

Trust me, people; TVXQ might only be two now, but despite what people are saying about how they had lost valuable vocal gems with the JYJ trio, I think Yunho and Changmin are still able to hold their own, vocal-wise and in other areas, during live performances.

The MCs then showed off their sense of humor by joking about how Changmin simply loves pointing upwards to the high heavens with his index finger when going for those high notes. They also remarked that Yunho had improved tremendously since his debut days, comparing his live vocals for Keep Your Head Down with Hug.

Curious to know who else got onto this list?

I know IU has a sweet voice and a remarkable singer for her young age. Heck, she’s practically known for her lovely vocals. But IU over powerhouses like Jonghyun, Park Bom, Taeyeon and Lee Hong Ki? Either the producers are big IU fans, or something is seriously wrong with the rankings. Personally I think IU has really simple choreography and it’s unfair to compare her live singing skills with idols that have rigorous dances despite being in a group. And why are Kim Yuna, Hyun Bin and Kim Soohyun on the rankings in the first place? They’re certainly not idol singers, unless Kim Yuna has suddenly decided on a career switch.

I don’t know why I always bother with all these pointless Korean entertainment rankings. But whatever-check out the video for TVXQ below: