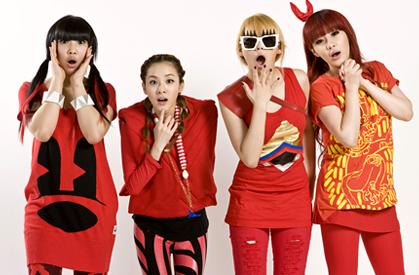 I like YG Entertainment. I really do. If you were to tie me up against a board of metal spikes and threaten to torture me mercilessly until I agreed to train under one of the big three, I’d choose YG.

There is no doubt YG is experiencing unprecedented success right now. Big Bang and 2NE1 are at the top of the K-pop food chain, are  having play dates with Will.i.am, and are being lauded by some as the first true potential “crossover artists.”

I wouldn’t have said it before attending the Korean Music Festival, but Korean music is likely at a heightened consciousness right now, globally. Globally meaning a few continents of course.

Our favorite YG gangsta recently gave an interview to Star News, and like many K-pop centered articles lately, gave lip service to the amazingly transcendent powers of Korean music (interesting that we’ve been seeing more of these articles/sound bites pop up lately).

Teddy mentions Brazil’s well-documented love affair with Eastern music, and of course plugs 2NE1 and their ability to spread their siren songs to a global audience. This though – maybe it was the translation?

When asked about the strengths of 2NE1, Teddy replied, “They are four singers who are all genuinely good at singing. Whatever I draw for 2NE1, it comes out certain every single time. Because all four are all so good at singing, they have a great ability in expressing their feelings.”

After what happened last time, when I ventured to leave an opinion -, I’ll just leave this here.