The Many Women in A Loner's Life 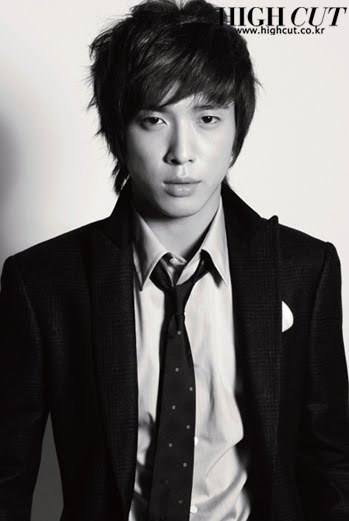 I don’t think he’s attractive but rumor has it there are women in existence that believe the contrary.

The first woman in question is KARA‘s Goo Ha-ra. However, Yonghwa recently denied rumors of romantic intimacy between the two. After photos emerged of the two of them in an intimate light, Yonghwa clarified that they were just friends that greeted each other affectionately and that the photos were simply taken out of context.

The second woman in question is f(x)‘s Sulli. Having MC’d together on Inkigayo, Yonghwa was once caught staring at Sulli through an entire performance! But apparently, Yonghwa always stares at whoever is in the MCs seat and during this performance, that just happened to be Sulli. However, on the same program Yonghwa clarified his relationship with Goo Hara, Dal Shabet‘s Serri commented that she has seen him flirt with Sulli before.

And last but not least, SNSD‘s Seohyun. Do I really need to explain this one? After having appeared on We Got Married with this genie, rumors have been afloat that these two have actual romantic feelings for one another. Rumor, fan fantasy, or just completely off base? Yonghwa did scream “Seohyun, I love you” on a recent episode of Strong Heart, so who knows?

I’m not a Yonghwa fan but for those of you who are, who do YOU think suits him best?