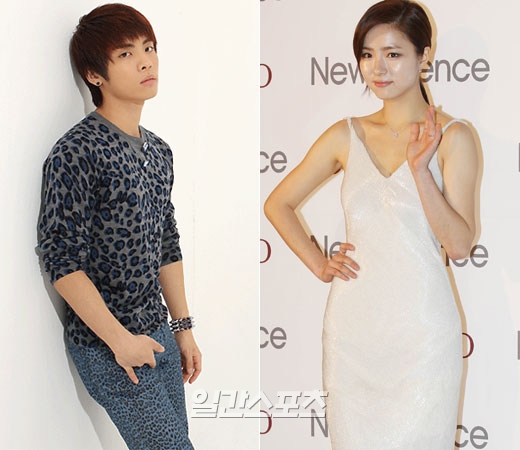 It’s pretty old news that Shinee‘s Jonghyun has been cuddling up to young actress Shin Se Kyung since October last year, but recently, rumors surfaced that the two couple have already called it quits!

According to some Korean news, Shin Se Kyung had drifted apart from Jonghyun due to her busy filming schedule for upcoming movie “Blue Salt“.

Sorry to disappoint you, fangirls-Shin Se Kyung’s agency, Namoo Actors, is strongly denying these rumors. The agency maintained that despite the numerous queries they have received on the relationship, Shin Se Kyung and Jonghyun are still dating, and asked the public to “view them in a positive light”.

I’ve always been a skeptic when it comes to the Jonghyun and Shin Se Kyung saga. When the news erupted, everyone was going either “OMG so sweet wish them all the best!” or “I’m so going to kill SSK!” or in some cases, “How can Jonghyun do this to me?!” But I was like, “What? Can I actually believe this?” I mean, the photos didn’t look convincing enough to me, and seriously, a popular idol and well-known actress having a date in the STREETS near their HOUSES?

But if they are still insisting that they’re really a lovey-dovey couple, well, whatever rocks their boat! Idols do need some romance after all.